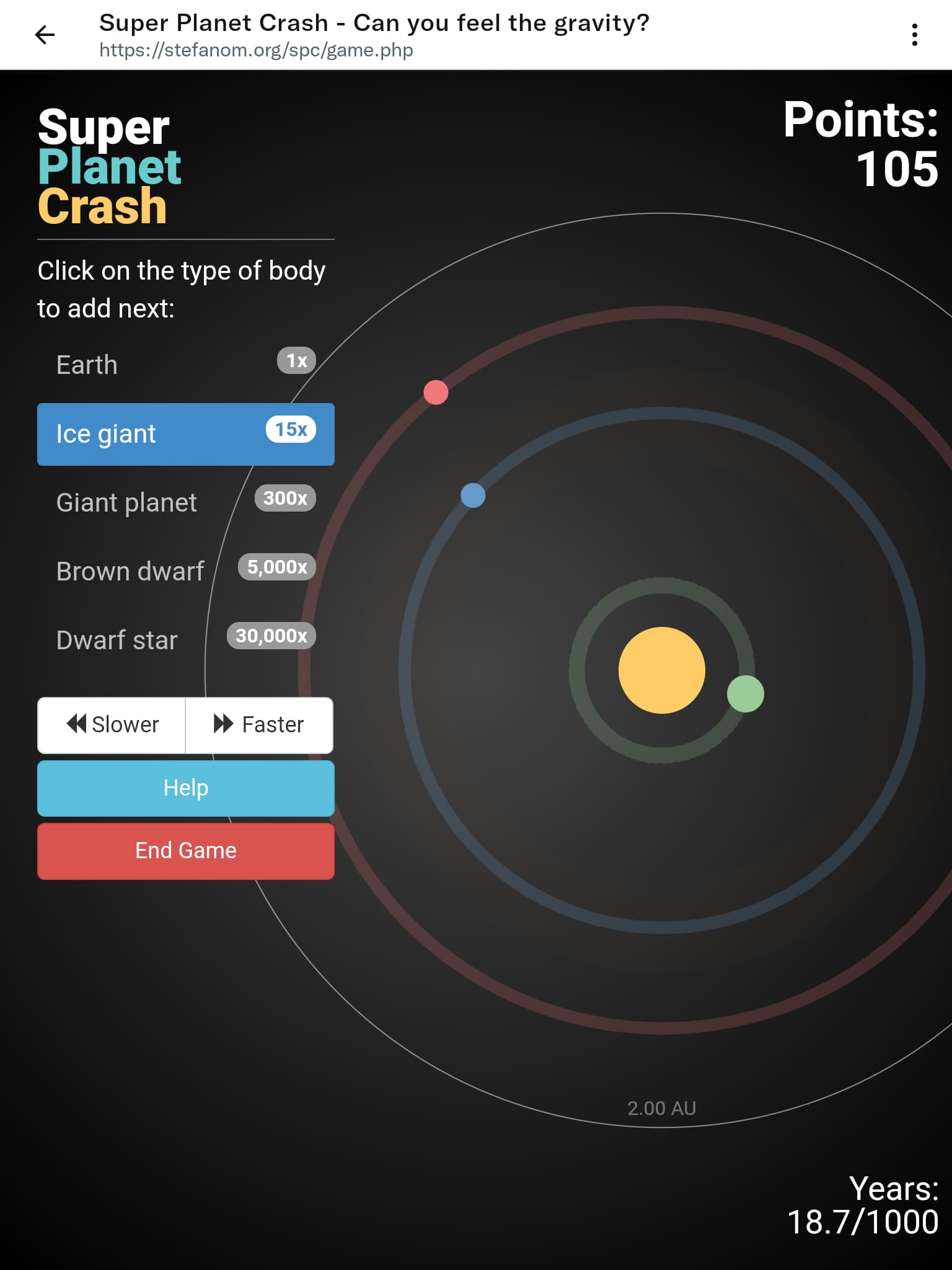 The n-body problem in gravitation and related questions such as whether the solar system is stable over long periods of time has bedeviled astronomers, physicists, and mathematicians for centuries. In fact, most systems of gravitationally bound bodies are not stable and will evolve chaotically, eject bodies, and otherwise behave nothing like cosmic clockwork.

Prior to electronic computers, the calculations to explore gravitational systems were forbiddinly tedious, but now it’s easy and even fun.

Stefano Meschiari has developed a game, Super Planet Crash, that challenges you to build a planetary system that will survive 1000 years of orbiting without ejecting a planet beyond a cutoff of two astronomical units. You get more points for more massive bodies which increase the odds of runaway perturbations.

Once the difficulty of the problem was appreciated, some astronomers saw the hand of God in the apparent stability of our solar system. Now you can play God and see how well you do.