The inclusion of the “tactical” drones, which crash into their targets, represents a new phase of weaponry being sent to Ukraine by the U.S., which so far has shipped mostly anti-tank and anti-aircraft weapons. An administration official confirmed McCaul’s account that the U.S. is sending the Switchblade.

The Switchblade is a small, light drone that can loiter in the air for up to 30 minutes before being directed to its target by an operator on the ground, dozens of miles away. The drone is launched from a tube, like a mortar shell. Its real-time GPS guidance allows a service member in the field to fly it until the moment it crashes and explodes into whatever the target might be.

In his 2004 novel The Religion War, Scott Adams forecast that integrating hobby-sized unmanned aircraft (“drones”), image and facial recognition software, and compact, powerful explosives would lead to the creation of “killer drones” which would empower non-state actors with very modest budgets in conflicts with legacy empires.

Perhaps it was fear of the term “killer drone” that motivated the U.S. Department of Defense and contractor AeroVironment to dub the AeroVironment Switchblade a “loitering munition” or “loitering missile” rather than a “killer drone”, which is precisely what it is. (N.b. I detest using the word “drone” for an armed unmanned flying vehicle. The whole thing about a drone bee is that it is unarmed—has no stinger. How is a model airplane carrying a golf ball sized chunk of C4 to its target in any way a “drone”? But that word is now, like so many, lost, and quibbling about it is as hopeless as insisting that “The media are plural!”)

While this video shows it being launched from a ship, a man-portable launcher is available. Here is the AeroVironment Switchblade 300 home page.

This video shows “Sensor to Shooter” capability with the Puma reconnaissance drone and Switchblade 300 killer drone.

A larger version, Switchblade 600, provides anti-tank capability with a range of 40 km.

The marginal unit cost of Switchblade 300 is estimated to be around US$ 6000.

For the record I am for peace.

Angel has Fallen fast forward to 2:40 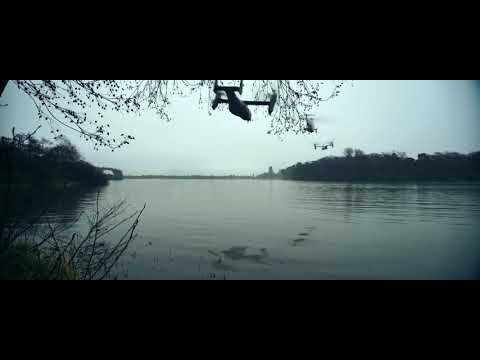 The U.S. will send 100 Switchblade drones to Ukraine as part of the Biden administration’s new $800 million weapons package

If “Our Leaders” send 100 valuable small portable weapons to what was the most corrupt country in Europe during “peacetime” and is now enveloped in the Fog of War (some might even say the Miasma of War), it would be nice if “Our Leaders” would give us their estimate of how many of those 100 weapons are likely to find their way back into the US over the open southern border in the possession of individuals who do not wish the people of the US well.

Of course, we might ask the same question about the Stingers and the Javelins which could certainly find willing buyers in many areas of the world. Think about it the next time you head to an airport.

Maybe they were called drones for the sound they make. (Or made originally. They date back to WWII. As I recal I had a picture of a drone - that is what it was captioned in type in a 1945 photo - being launched from USS Texas in my book The Battleship Texas.) 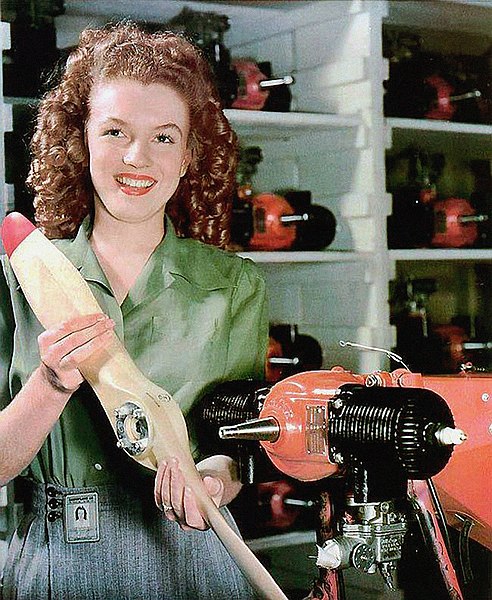 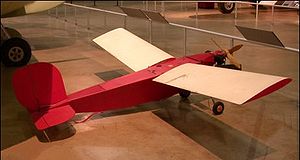 The OQ-2 Radioplane was the first mass-produced UAV or drone in the United States, manufactured by the Radioplane Company. A follow-on version, the OQ-3, became the most widely used target drone in US service, with over 9,400 being built during World War II. The OQ-2 was originally a small radio controlled aircraft model designed by Walter Righter. The design, along with its engine design, was purchased by actor Reginald Denny, who had demonstrated another model to the US Army in 1940. Calling t...

Maybe they were called drones for the sound they make.

According to an article titled “The Flight of ‘Drone’ from Bees to Planes”, published in 2013 in the Wall Street Journal and Fortuna’s Corner (the copy linked to is a capture by the Wayback Machine, as one source is paywalled and the other extinct):

But how did “drone” become the label for unmanned aircraft in the first place? Since Old English, “drone” has referred to a male honeybee whose only role is to mate with the queen. Because drones, unlike worker bees, need not worry about gathering nectar or pollen, they have often been seen as idlers, and by the 16th century, “drone” could refer to lazy humans, too. Around the same time, “drone” began branching out as a verb, meaning to buzz like a bee or to speak in a monotonous fashion reminiscent of a bee’s persistent hum. Bees also played a key role in the use of “drone” for early radio-controlled aircraft, but for other reasons. The military historian Steven Zaloga, author of the 2008 book “Unmanned Aerial Vehicles,” explained the source of the term in a recent letter to Defense News. In 1935, U.S. Adm. William H. Standley saw a British demonstration of the Royal Navy’s new remote-control aircraft for target practice, the DH 82B Queen Bee. Back stateside, Standley charged Commander Delmer Fahrney with developing something similar for the Navy. “Fahrney adopted the name ‘drone’ to refer to these aircraft in homage to the Queen Bee,” Mr. Zaloga wrote. The term fit, as a drone could only function when controlled by an operator on the ground or in a “mother” plane. During World War II, the Army and Navy stepped up production of “target drones” for practice and “assault drones” for combat.

Here is information on the de Havilland DH.82 Queen Bee, a radio-controlled version of the Tiger Moth trainer biplane developed as a training target for antiaircraft gunners. According to the Wikipedia article, “Use of the word drone, as a generic term for pilotless aircraft, apparently originated from the name and role of the Queen Bee (i.e. the word drone is a reference to the male bee, which makes one flight in search of the female queen bee and then subsequently dies).” Here is Winston Churchill observing the launch of a Queen Bee in June 1941. 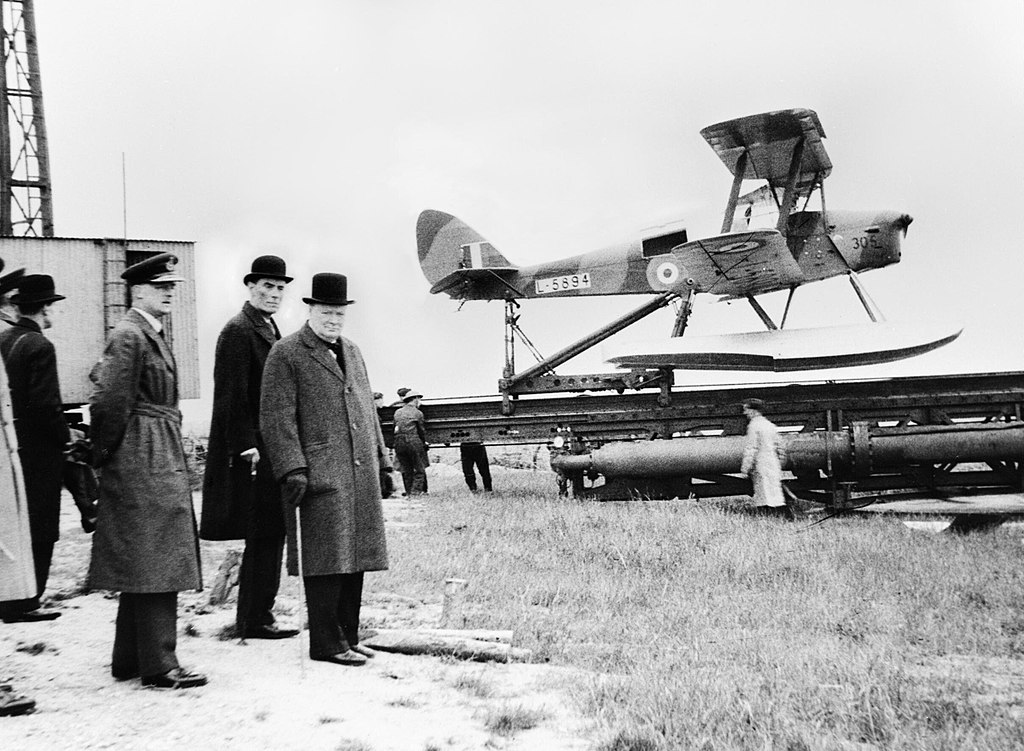 As I recal I had a picture of a drone - that is what it was captioned in type in a 1945 photo - being launched from USS Texas in my book The Battleship Texas . 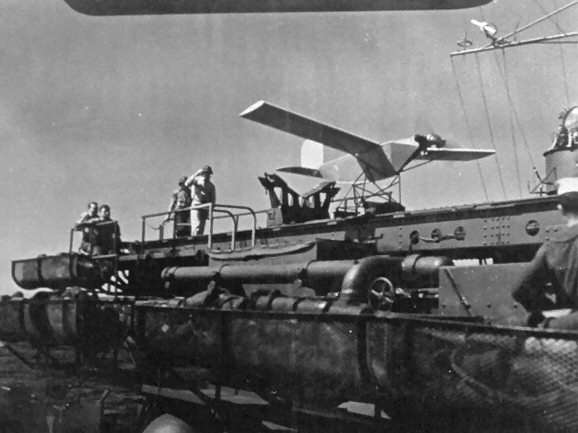 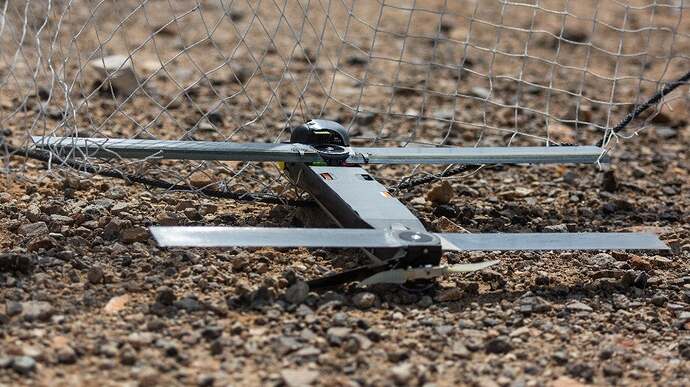 The United States is in the process of sending 100 Switchblade drones to Ukraine as it fights Russia’s invasion, a Pentagon official told lawmakers on Wednesday.

I pray this is fake news – We ought to demand peace and Deride Deep State’s Guns of August.

“Demand” is an interesting term. If you can’t enforce a demand, what good is it?

Two things surprise me about this war. I expected anyone being invaded by Russians to put out lots of bottles of vodka

Second, Putin seems to have children who live in Swisserland. It surprises me that the Ukrainians have not “invited” them to an all expenses paid vacation in Kyvi. 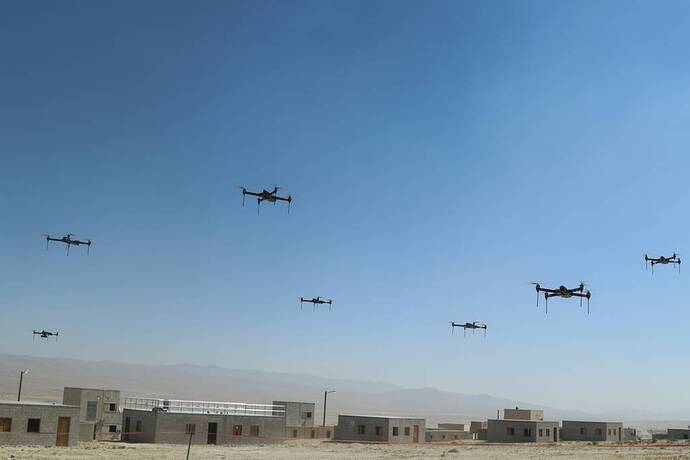 Release the hounds: Army event to feature drone swarms that behave like a...

Edge 22 will see a large, interactive drone swarm demonstrating a variety of behaviors, some of which are classified.

Interestingly, the military may be lagging behind commercial developers when it comes to drone swarms. And, unfortunately needless to say, the US is definitely lagging behind China. This video was from 2020.