The earthquake was felt in the capital of Taipei, where the 508.2 metre Taipei 101 skyscraper (from 2004 to 2009 the world’s tallest building) and other buildings swayed with the undulating ground. Suspended between the 92nd and 87th floors is a 660 tonne tuned mass damper, a 5.5 metre diameter pendulum ball made of welded steel plates, which counters the resonance frequency of the building when excited by wind sway or seismic forces. The struts attached to the ball have dashpot dampers which disspate the energy of movement, reducing building sway. The video shows the ball reacting during the earthquake. The damper is a purely passive system—there are no active components. 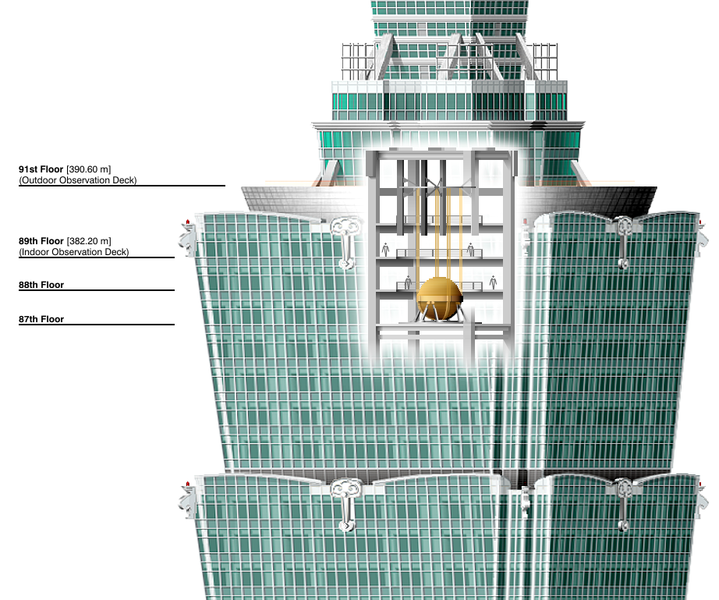 Tesla would be proud! (Tesla experimented with buildings’ resonant frequencies [he literally pulsed them to near-failure]).