Ten Reasons to Assume We Are Not Alone in the Universe 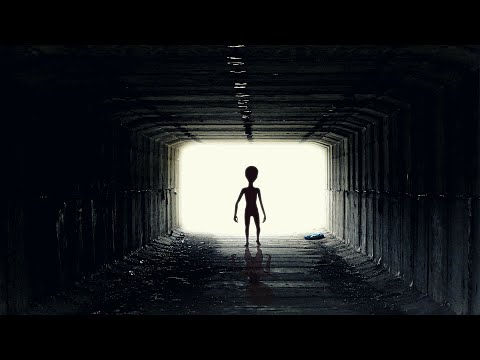 John, I only watched through his #10 dealing with replication and what the universe allows to happen. In his explanation, he mentions that what has occurred on Earth chemically speaking has a high likelihood of happening elsewhere in the universe. My question is, wouldn’t that also have to assume exact same conditions on those other planets to achieve the exact same chemical reaction? In chemical science here on Earth, when replicating an experiment, don’t all aspects of the experiment have to be identical? Meaning if one does a chemical experiment in, say, San Francisco and achieves result X, wouldn’t one conducting the same experiment in Botswana have to replicate every single minute detail that existed in San Francisco in order to achieve the exact same chemical result as what occurred in San Fran? And therefore, without some force creating that exact same environment on those other planets, would it not stand to reason that there would NOT be the exact same chemical reactions on these other planet as what you would get here on Earth?

And therefore, without some force creating that exact same environment on those other planets, would it not stand to reason that there would NOT be the exact same chemical reactions on these other planet as what you would get here on Earth?

I think the point he was making is that we have plenty of reasons to believe that for planets with similar overall properties (size, distance from their star, brightness and spectral class of star, etc.) the chemical composition of the planets after they reach a point where life can develop and survive is likely to be pretty similar.

We know that the elemental composition of stars and, by inference and some direct evidence, the protoplanetary discs around them from which planets condense, is pretty much the same for most stars of the same type in similar regions of the galaxy. We have direct evidence that Earth and Mars, which are very different today, nonetheless are made of pretty much the same stuff and appeared to start out similarly.

There is nothing obvious in which the composition of the Earth is an outlier compared to the expectations for other planets which would make it uniquely suited for the origin of life.

Further, the giant molecular clouds from which stars and planets form are known to be rich in the elements which largely make up life (CHON: Carbon, Hydrogen, Oxygen, and Nitrogen) and these elements spontaneously combine to form organic compounds (I use “organic” as chemists do, simply to denote molecules containing carbon, not implying anything to do with life) which are the building blocks of living organisms. It is likely these compounds were delivered to the early Earth by cometary impacts and dust infall, and it seems reasonable to assume Earth-like planets around similar stars would also be seeded by the same material from which life presumably formed on Earth.

So the overall take-away is that in general life could be replicated but not necessarily the specific replication of a lilly on Earth with a lilly on Planet X?

There’s every reason to believe (simply based on availability of raw material) that the basic chemistry of life will be similar, but what eventually evolves from the first replicator will be highly dependent upon the environment and specific conditions of where it developed, probably with a large component of randomness, and the eventual result may have no more in common that, say, brewer’s yeast and a rhinoceros.

Thanks as always John.

The obvious way to travel between stars is using gigantic lasers powered by the stars. This would be seen far across the universe as obviously unnatural. We have not as far as I know, seen such.

The obvious way to travel between stars is using gigantic lasers powered by the stars. This would be seen far across the universe as obviously unnatural. We have not as far as I know, seen such.

Wouldn’t the acceleration beams be narrow and of limited duration (due to inverse square losses with distance from the star you’re departing)? Something with an acceleration profile like the Breakthrough Starshot probes would create only an optical transient you’d have to be very lucky to have pointed in your direction and then only for a short time. I’ve heard an argument that the Wow! signal could have been a detection of a microwave sail acceleration signal that happened to align with the antenna for a brief period of time.

The LaserSETI project, which is now observing in a pilot phase, may be able to detect optical transients from laser sail accelerators. Its eventual goal is all-night sky, all the time monitoring.

LaserSETI was supported, in part, by a very modest seed funding grant from Fourmilab.

If such a transport project is done at all, it’s a reasonable expectation that most stars would have laser pushers. Diffraction optics ensures that some of the laser light will miss the sail. That’s which is pointed in our direction we should be able to see.

But if Drexler and company are right, there may be nobody out there. It’s a question we should be able to answer locally in however long it takes to explore the galaxy. (Far Edge Party, Google it.)

Cool about the grant.

There’s every reason to believe (simply based on availability of raw material) that the basic chemistry of life will be similar,

Prof. Gold had the idea that the generation of life required suitable surfaces on which those precursor molecules could settle and react to form larger molecules. In this scenario, life started deep underground in tiny pores and slowly migrated to the surface. But again – if it happened once, why has it not happened many times on Earth?

We have much still to learn!

Why have we not seen multiple examples of spontaneous generation of new life forms?

Among those who believe that life resembling the first replicator can form relatively easily given the necessary chemical precursors and environment (and cite the appearance of life on Earth just about as soon as it possibly could have as evidence for this), a common argument for why we don’t observe it is that a primordial form of life would probably be very simple and not have evolved defences against predation which would evolve as life diversified and began to compete.

Thus, they suggest, new life forms may be appearing billions of time a day on Earth, and every time it’s like “Wow! I’m alive!” followed a millisecond later by CHOMP! as some incumbent DNA-based life eats it.

It’s also possible that Earth is home to one or more “shadow biospheres” which descended from independent origins of life that we haven’t detected so far because our surveys for microbial life are mostly sensitive only to the kind of life we know about. Something that was substantially chemically different, especially if it inhabited an exotic environment such as deep underground or near a mid-ocean vent, could easily have been missed, just as extremophile bacteria were only identified in the 1970s. The possibility of a shadow biosphere was discussed here on 2022-03-25 in “Is There a Shadow Biosphere on Earth?”.

Aside from a passing mention of the Anthropic Principle towards the end of the video, there is a cogent and (IMHO) persuasive argument of the Anthropic Cosmological Principle as detailed in the book by that title by Barrow & Tipler. Leaving aside the authors’ teleological and cosmological claims toward the end of the book, their arguments should be especially persuasive those who think abiogenesis is extremely improbable.

Since the prerequisite of even having a discussion about the genesis of intelligent life requires that it exist, that means that the conditions for the existence of biological life must prevail. The authors also rely on von Neumann machines for their argument but I don’t think they are essential to the point. The existence of life on Earth is much like the Mexican Hat rock in Utah. It’s easy to make the argument that the Mexican Hat is extremely unlikely to have formed, and yet there it is. Hans von Storch explains the statistical fallacies that arise in treating such one-off cases in Misuses of Statistical Analysis in Climate Research. I’m sorry to say that much of the thinking on the present topic fall prey to such fallacies.

Hans von Storch explains the statistical fallacies that arise in treating such one-off cases in Misuses of Statistical Analysis in Climate Research.

They slipped that in before the climate nazis started crushing anyone not towing the party line.