Around 5.96 million years ago, what would become the Strait of Gibraltar closed entirely, cutting off the Mediterranean Sea from the Atlantic Ocean. The Mediterranean basin dried up almost entirely, creating the Messinian salinity crisis, and remained so until 5.33 million years before the present, when the strait opened, resulting in a cataclysmic deluge called the Zanclean flood. At maximum, water rushed in at a rate of around 100 million cubic metres per second, which is 1000 times the flow rate of the Amazon river.

Did distant ancestors of humanity observe this? Are memories handed down the origin of flood legends in so many cultures?

In 2013, Randall Munroe’s xkcd posted a serial Web comic titled “Time”, which, in 3099 images posted at regular intervals between March 25, 2013 and July 26, 2013, told the story of two humans, 11,000 years in the future, after the collapse of the present civilisation, experiencing a similar event and trying to understand what was happening. These frames have been assembled into the following forty minute animation.

Did distant ancestors of humanity observe this? Are memories handed down the origin of flood legends in so many cultures?

Temporally, the Black Sea deluge hypothesis is more likely to be the source of handed down memories of an actual flood. 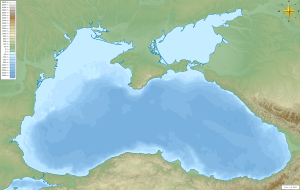