@davidhitt
There’s an old story you see a lot about how in the early days of space, NASA spent all this money on a zero-gravity pen, and the Russians just used a pencil. Not only was the pen funded by a private company, not NASA… The Russians bought the pens. https://t.co/MQwDpqVGFY 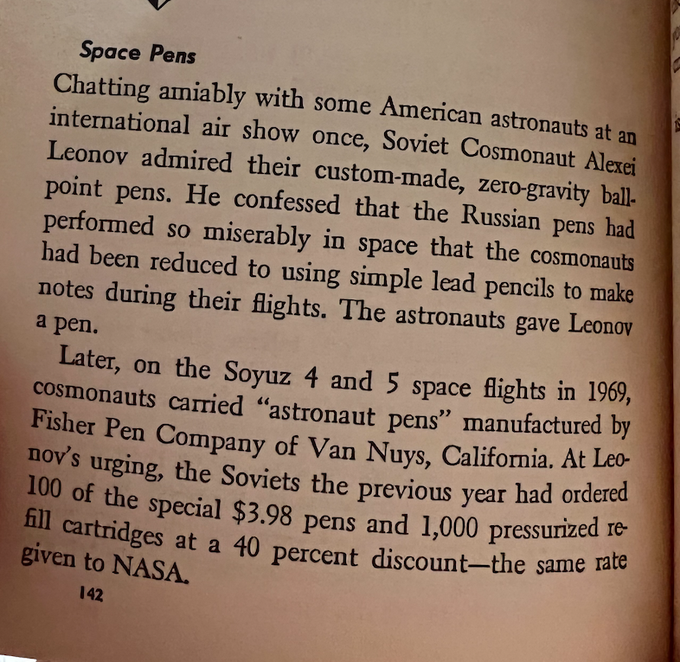 Here is more on the Fisher Space Pen.

And after the Apollo 1 fire, we didn’t want to have graphite bits floating around a 100% oxygen environment.