The Peril of Politicizing Science

Government control over science turned out to be a grand failure, and the attempts to patch the widening gap between the West and the East by espionage did not help. Today Russia is hopelessly behind the West, in both technology and quality of life. The book Totalitarian Science and Technology provides many more examples of such failed experiments.

Normalizing ideological intrusion into science and abandoning Mertonian principles will cost us dearly. We cannot afford it.

Found via a recent Manifold1 interview.

Today Russia is hopelessly behind the West, in both technology and quality of life.

Now, it’s certain you can’t compare engineers one for one (in my experience, engineers trained in Western Europe and the former Soviet bloc generally know a lot more math than those from the U.S., while U.S. engineers tend to be more comfortable with exploratory engineering and experimentation as opposed to trying to calculate everything from first principles up front) but at some point numbers matter.

One might ask why the U.S. needs to import large numbers of foreign nationals to fill postgraduate positions in engineering, science, and mathematics.

Government control over science turned out to be a grand failure

That was what President Eisenhower warned against in his Farewell Address. Ike’s related point was that science even 70 years ago had long since moved past the lone researcher with a blackboard – Science is Expensive!

So the challenge is how to fund science (especially basic science with no prospect of any near or medium term practical applications) while keeping government & bureaucrats out of the loop? Realistically, no-one has ever provided an effective answer to that question. Bell Labs was pretty good, but that was essentially just another form of government control over research,

?How about taking government control out white leaving funding in. This might be like charter schools, where parents/students get to choose, while schools maintain levels of competency by competition for positions - both as professors and students.

Now, it’s certain you can’t compare engineers one for one (in my experience, engineers trained in Western Europe and the former Soviet bloc generally know a lot more math than those from the U.S., while U.S. engineers tend to be more comfortable with exploratory engineering and experimentation as opposed to trying to calculate everything from first principles up front) but at some point numbers matter.

It’s not merely a situation of at some point, the quantity of theoreticians overwhelming a lower number of experimentalists. A place like China might produce 2.5 orders of magnitude more than our native theoreticians, but they also produce 1.5 orders of magnitude more experimentalists. Right now, a place like Shenzhen seems the haven for experimentalists that Silicon Valley was in the mid-late 20th century for digital electronics and New York was in the early-mid 20th century for analog.

The only thing the US has going for it in that regard is subsidized shipping from China.

?How about taking government control out white leaving funding in.

Someone would have to decide how much money in total the taxpayer (or these days, the money printer) would devote to science. And then someone would have to decide how to divide that money amongst all the claimants – we could buy a lot of global warming speculation for the cost of a single Super-Conducting Super-Collider. It is hard to see how the insidious role of politicians and bureaucrats could be avoided.

Trying to think outside the box, one approach might be the “cage-match”. Let all the scientists who want taxpayer funding physically fight it out on an annual Pay-per-View TV show, with the winners claiming the spoils – sort of like “Jeopardy”, only with the sound of breaking bones. But that still leaves unaddressed the question of how much money taxpayers would put into the pot?

More realistically, we could change the tax code to let any individual, institution, or business immediately write off 200% (300%?) of their annual expenditures on science and research against their taxes. That would reduce centralized control over the funding process. But it would still require politicians to approve the change in the code and bureaucrats to manage the tax relief claims.

Funding will always be a tough challenge! And it will probably always be political.

Well, government money will require government involvement. As you note, it’s a question of how much and how it’s distributed.

Today “charter schools” get funded by the child. Perhaps the answer is for politicians to argue over how much each child is awarded - and then attach that funding to the child, and let the parent choose where to send the child. Such schemes appear to be quite popular, especially in the lower income classes as they allow parents some degree of choice.

After Katrina, New Orleans was faced not only with having to school all those kids but to totally rebuild the infrastructure of schools as most were totally trashed by the storm. Rather than take on THAT expense also, they decided to move to a voucher system - each child was given X amount of money for spending in school (given to the school, NOT the child or parent). And guess what?! A whole plethora of schools cropped up and began competing for those vouchers. NO child performance on tests rose sudenly from near the bottom to at least midway up the national scale. No “extra” money was spent - it was only spent more wisely.

But teachers unions have long and vociferously fought against voucher systems - probably for just this reason. ?Isn’t it time the people regain some. power and exercise it.

Current issue of Nature (Dec 17 2022 today in London) is very WOKE. Same for Physics Today.
We are lost. It’s Apocalypse Now End Times, but as Tom Lehrer says “We wil all go together when we go.” Our idiot leaders are pushing Putin too far I fear. Why is the West so stupid? Here is why 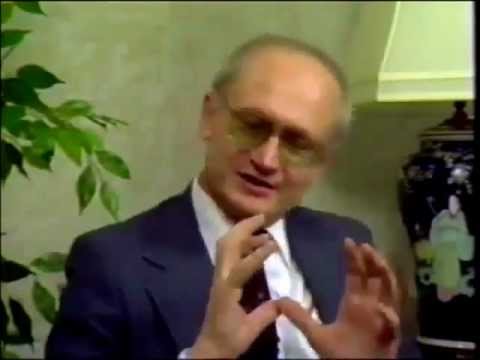 I can vouch for Yuri as I was in the “thick of it” on what he talks about.

I am in touch with Rick Doty and what he says here needs to be taken seriously in the light of the Pentagon UAP Disclosure starting with the Leslie Kean NYT Dec 2017 article. I was with Kit Green and Hal Puthoff in late Oct 2017 at Bohm Centennial in London when they were part of setting up that NYT article.

I have been asked to do a video podcast on all this to over a million Russians in early 2023 - let’s see if this happens given the war in Ukraine.