The Simpsons got Kang and Kodos right?

Thus the possibility that cryopreserved Squid and/or Octopus eggs, arrived in icy bolides several hundred million years ago should not be discounted…

Cause of Cambrian Explosion - Terrestrial or Cosmic?

We review the salient evidence consistent with or predicted by the Hoyle-Wickramasinghe (H-W) thesis of Cometary (Cosmic) Biology. Much of this physic…

Kang and Kodos Johnson are a duo of fictional recurring characters in the animated television series The Simpsons. Kang is voiced by Harry Shearer and Kodos by Dan Castellaneta. They are green, octopus-like aliens from the fictional planet Rigel VII and appear almost exclusively in the "Treehouse of Horror" episodes. The duo has appeared in at least one segment of all thirty-two Treehouse of Horror episodes. Sometimes, their appearance is the focus of a plot. Other times, it is a brief cameo.

Well, there’s something to keep me awake nights!

This is an excellent modern argument for the panspermia or cosmic biology hypothesis of abiogenesis (origin of life from non-living matter). What is interesting is the extent that discoveries made in the decades since Hoyle and Wickramasinghe presented their theories for interstellar transmission of the seeds of life have confirmed predictions they made in the absence of any evidence. We now know that exoplaets, including those in the habitable zones of their stars, are abundant, that many other bodies (such as icy moons of planets) may contain liquid water, that complex organic (carbon-containing, not implying created by biology) molecules are abundant in the giant molecular clouds from which star systems and planets condense, and that comets deliver this material on an ongoing basis to planets with which they collide.

This is a long read, but entirely serious and well worth your time.

The problem of life on Earth having been conveniently delivered by a passing comet is that the hypothesis can become very close to a cop-out.

Having difficulty explaining the origin of life on Earth? Ah! It came from a planet far, far away & long, long ago. OK – let’s stipulate to that hypothesis. Then how did life start on that planet? Well, obviously life there came in turn from another planet even further away and longer ago. And on & on.

There is much we do not understand today, and much that is highly improbable which could indeed happen over the yawning span of billions of years. But unless we are careful, at the periphery “science” can become indistinguishable from religious faith.

Having difficulty explaining the origin of life on Earth? Ah! It came from a planet far, far away & long, long ago.

This objection is discussed in section 6 of the paper.

A facile criticism that is often leveled against the cosmic life theory is that it does not solve the problem of life’s origin, but merely transfers it elsewhere (Appendix A). Whilst this may be true in the strictest sense, the importance of knowing whether or not life originated, or could have done so de novo, in the most minuscule of cosmic environments (here on Earth) as against the cosmos as a whole is a scientific question of paramount importance and one that needs to be addressed. The cosmic theory of life that extends the interactive biosphere of all life to encompass a cosmological volume connecting all habitable niches in the Universe has profound ramifications within evolutionary biology itself. Some of these ramifications will emerge in other sections of this article, and see the further extended discussion of view-points on the origin of life per se in the Universe in the supplementary information, Appendix A.

The transformation of an ensemble of appropriately chosen biological monomers (e.g. amino acids, nucleotides) into a primitive living cell capable of further evolution appears to require overcoming an information hurdle of superastronomical proportions (Appendix A), an event that could not have happened within the time frame of the Earth except, we believe, as a miracle (Hoyle and Wickramasinghe, 1981, 1982, 2000). All laboratory experiments attempting to simulate such an event have so far led to dismal failure (Deamer, 2011; Walker and Wickramasinghe, 2015). It would thus seem reasonable to go to the biggest available “venue” in relation to space and time. A cosmological origin of life thus appears plausible and overwhelmingly likely to us, and various ideas that have a bearing on this question have been explored in great depth by Hoyle and Wickramasinghe (1979, 1981,1982, 2000) and Gibson et al. (2011).

My suspicion is that the present form of biological life (the DNA-encoded structure and protein replication machinery) was designed by some earlier form of life (replicator) which was entirely different and could get started without the fantastically improbable initial assembly problem of known biological life. If we imagine intelligent self-replicating machines in the future which are built with the descendants of today’s semiconductor technology and have forgotten their origins, they would also be faced with the impossibility of their structure emerging spontaneously from unorganised matter and might speculate on a precursor life form that built the first of their kind.

If we imagine intelligent self-replicating machines in the future which are built with the descendants of today’s semiconductor technology and have forgotten their origins, they would also be faced with the impossibility of their structure emerging spontaneously from unorganised matter and might speculate on a precursor life form that built the first of their kind.

That is an interesting – and plausible – thought experiment. For some super-advanced intelligence in the distant past, it might seem that the smartest approach to solving whatever issue they faced would be to create a biological machine which was capable of evolving to adapt to (and to alter slowly) its ever-changing environment over the eons of time.

But … that ducks the question of where the super-advanced intelligence came from? Asking that question is rather like asking what was there before the Big Bang? Oh look! There’s a squirrel! Let’s go for lunch!

But … that ducks the question of where the super-advanced intelligence came from?

This is everyday work for “world builder” science fictioneers. Suppose that in the very early universe, before the decoupling of the strong and electroweak forces, it were possible to assemble complex structures from the quark-gluon-electron plasma that filled the universe at that epoch. Heck, at those energies even neutrinos have a substantial cross section and may have gotten into the act. Now, this era only existed between 10−43 and 10−36 seconds after the big bang, but since the interactions were at rates trillions of times greater than anything today, the subjective time for lifeforms that evolved in that epoch would be the equivalent of many billions of years for humans today. Quark-gluon physicists would discover, modeling their universe, that it was all going to come to an end as temperatures fell and the inflationary epoch blew everything up to unimaginable sizes and the temperature fell so low the quarks and gluons condensed into cold protons and neutrons. Anticipating this, they might have constructed artificial life forms which could survive the phase transition (building them from what we call ordinary matter made in super-chilled laboratories), which would then, after their demise, carry the seed of life into this strange, cold universe to come.

Since the conditions which allowed this first life to exist are found nowhere in the present-day universe (and are far out of reach of any particle accelerator we can imagine today), all traces of its existence have been erased, except what we might imagine it passed on into cosmological epochs after its own.

Anticipating this, they might have constructed artificial life forms which could survive the phase transition (building them from what we call ordinary matter made in super-chilled laboratories), which would then, after their demise, carry the seed of life into this strange, cold universe to come.

In discussing this “chain of life” scenario, I should note that in 1979 Freeman Dyson published a paper, “Time without end: Physics and biology in an open universe” [PDF], in which he explored physical processes which could be expected to occur in the far distant future of a universe that continues to expand, long after the last stars exhaust their fuel and burn out. He then asks whether life could continue indefinitely in this universe and concludes it can, in a series of new life forms, each created by its precursor.

If such a sequence of life forms is to be the history of the universe, the Copernican principle should counsel us not to have the arrogance to assume we are the first in the chain.

In discussing this “chain of life” scenario

The chain of life is certainly plausible. But – and you know there has to be a “but” – unless we are proposing an infinite chain (which would be an Act of Faith), we have to postulate a very first form of life. How does an intelligent life form evolve from sub-atomic particles? Would it be a one-time exceedingly improbable event in the cosmic soup – or would there have been multiple spontaneous generations of sub-atomic life forms which then had to compete as the Universe cooled down? Hey! You are right! This is home turf for sci-fi writers.

How does an intelligent life form evolve from sub-atomic particles?

I don’t know, but then nobody knows how any form of life (or any replicator) evolved from the raw material chemical elements and compounds present in our universe. It may be that in some earlier epoch in the universe it was much easier for a replicator to appear. For example, there was much more energy available, interactions occurred far faster, and everything was very close together so the speed of light and travel time was much less of a constraint. Further, who knows what kinds of particles and forces existed in the early universe? We cannot probe that regime today, and every time we’ve increased the energy at which we can probe, we’ve found additional complexity which was completely unexpected.

If I were writing such a science fiction story today, I’d probably use as the premise that the dark matter sector, which dwarfs baryonic matter in mass, interacted strongly in the very early universe and supported complex structures and life. As the universe cooled, it decoupled and today is observed only via gravity. But it may have seeded life in the baryonic sector, and dark matter life may still exist today. Maybe someday LIGO will pick up Morse code from it. 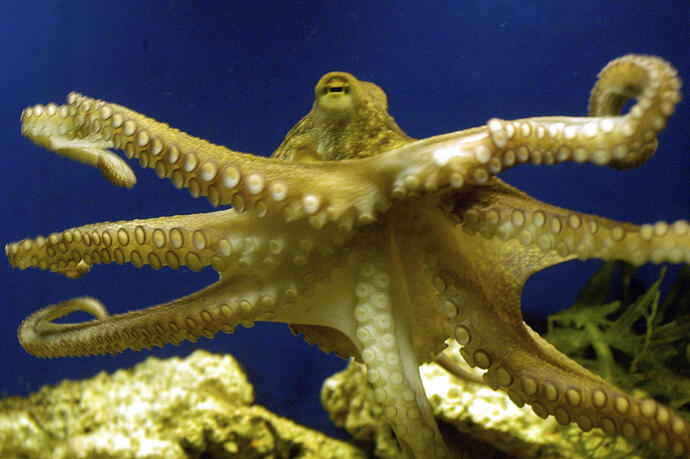 Scientists have found the oldest known ancestor of octopuses – an approximately 330 million-year-old fossil unearthed in Montana. The researchers concluded the ancient creature lived millions of years earlier than previously believed, meaning that...

Maybe because it had not eight but TEN grasping arms? 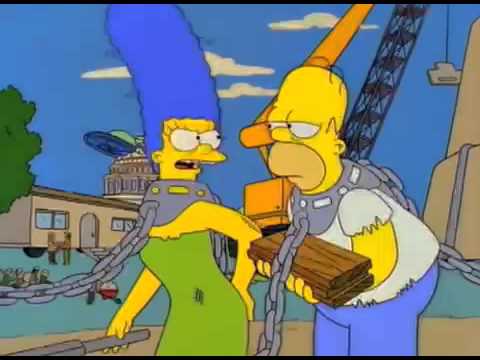 Named it for Biden to continue federal research funds gravy train for sure !!!

Also carbon dated grass on the side of busy highways matches carbon date of oil from co2 discharges from autos.

Maybe this is proof earth is on the shoulder of a galactic superhighway – WILD TIMES IF WE CAN SURVIVE U.S. MONKEY MODEL FOREIGN POLICY.