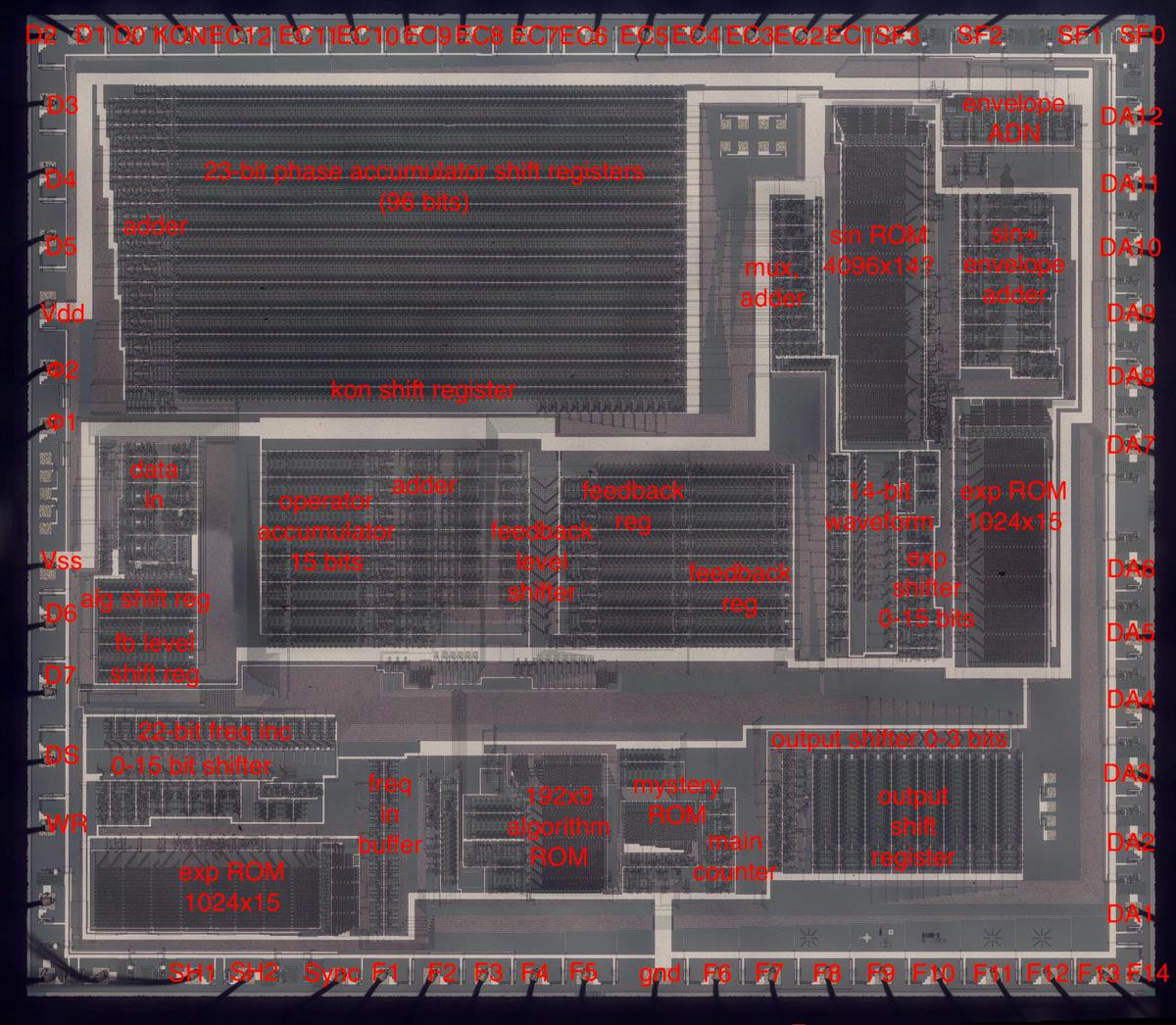 The Yamaha DX7, introduced in 1983 and sold until 1989, was the first successful commercial synthesiser to employ the digital waveform generation technique called FM synthesis, invented by John Chowning at Stanford University. The sound generation process was entirely digital, with sixteen voices and six digital sine wave generators per voice. Voices were fully programmable, with 32 patching algorithms to combine the oscillator waveforms into the voice output.

At introduction, Yamaha hoped to sell around 20,000 DX7s, but received more than 150,000 orders in the first year and shipped more than 200,000 in the first three years. Chowning’s patent on FM synthesis, 4,018,121, became one of the highest earning in Stanford’s portfolio.

Now, Ken Shirriff has de-capped a DX7 YM21280 “Operator chip”, photographed the die, and reverse-engineered it from the block diagram down to the transistor level in “Reverse-engineering the Yamaha DX7 synthesizer’s sound chip from die photos”. This is a long article (5800 words), but a superb deep dive into the technology that remade music making and made digital synthesis the standard for popular music.

I was blessed to be a teen in the 80s and enjoy the music made possible by this tech.
Music contributed much to science and vice versa – a positive feedback loop.
God bless the engineers and artists, that worked their “magic”.
My intuition tells me commercial semiconductor controlled micro propulsion is around the corner – we shall see, very interesting times indeed!

Once again, the analysis goes all the way from high-level architecture through the mathematical functions being evaluated to the detailed transistor structure on the chip.