The turning point comes, it has

Democrats were never in favor of the vaccines. Democrats never forced any vaccine mandates or said they would work or caused people to lose their lives or livelihoods over the vaccines. Trump did all those things, after tearing down statues and defunding the police.

And we’ve always been at war with Eastasia. 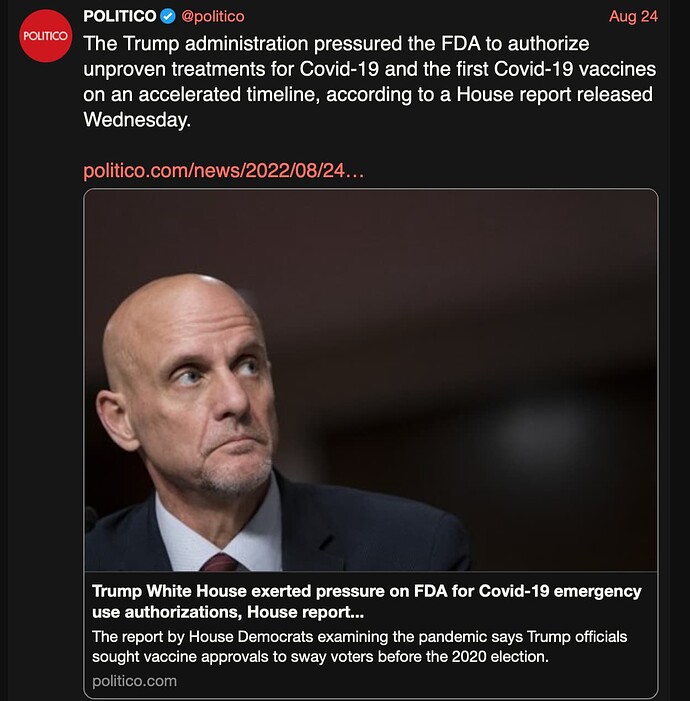 This, of course, reminds me of my ‘favorite’ scene in Orwell’s 1984, to the extent that I could have a favorite anything in such a depressing piece of work. It is Hate Week, and Winston Smith is attending a rally against Oceania’s hated enemy, Eurasia.

There was, of course, no admission that any change had taken place. Merely it became known, with extreme suddenness and everywhere at once, that Eastasia and not Eurasia was the enemy. Winston was taking part in a demonstration in one of the central London squares at the moment when it happened… On a scarlet-draped platform an orator of the Inner Party, a small lean man with disproportionately long arms and a large bald skull over which a few lank locks straggled, was haranguing the crowd… The speech had been proceeding for perhaps twenty minutes when a messenger hurried on to the platform and a scrap of paper was slipped into the speaker’s hand. He unrolled and read it without pausing in his speech. Nothing altered in his voice or manner, or in the content of what he was saying, but suddenly the names were different. Without words said, a wave of understanding rippled through the crowd. Oceania was at war with Eastasia! The next moment there was a tremendous commotion. The banners and posters with which the square was decorated were all wrong! Quite half of them had the wrong faces on them. It was sabotage! The agents of Goldstein had been at work! There was a riotous interlude while posters were ripped from the walls, banners torn to shreds and trampled underfoot… The Hate continued exactly as before, except that the target had been changed.

The thing that impressed Winston in looking back was that the speaker had switched from one line to the other actually in midsentence, not only without a pause, but without even breaking the syntax.

The effects of lockdown may now be killing more people than are dying of Covid, official statistics suggest.

Figures for excess deaths from the Office for National Statistics (ONS) show that around 1,000 more people than usual are currently dying each week from conditions other than the virus.

The Telegraph understands that the Department of Health has ordered an investigation into the figures amid concern that the deaths are linked to delays to and deferment of treatment for conditions such as cancer, diabetes and heart disease.

Over the past two months, the number of excess deaths not from Covid dwarfs the number linked to the virus. It comes amid renewed calls for Covid measures such as compulsory face masks in the winter.

But the figures suggest the country is facing a new silent health crisis linked to the pandemic response rather than to the virus itself.

The British Heart Foundation said it was “deeply concerned” by the findings, while the Stroke Association said it had been anticipating a rise in deaths for a while.

Dr Charles Levinson, the chief executive of Doctorcall, a private GP service, said his company was seeing “far too many” cases of undetected cancers and cardiac problems, as well as “disturbing” numbers of mental health conditions.

Here’s a comparison of two countries who locked down extensively (AU, NZ) – versus a country that did not (Sweden). What do you see? 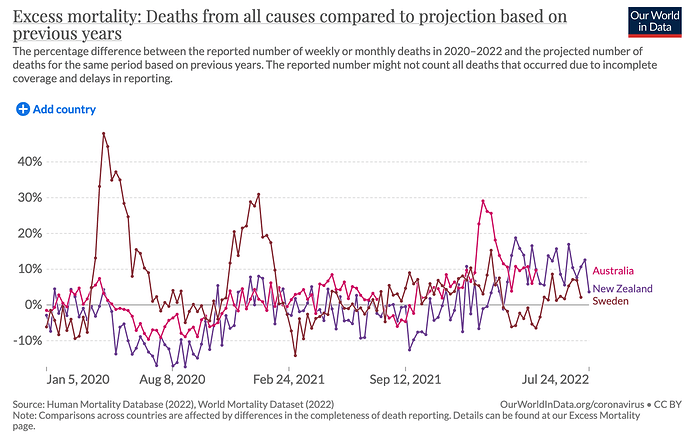 And it is verboten to even hypothesize that any of the post vaccine excess deaths are caused by the vaccines.

And it is verboten to even hypothesize that any of the post vaccine excess deaths are caused by the vaccines.

For now. But maybe not for much longer. It depends on whether Pfizer (and Moderna) plays its cards right and, more importantly, on whether the [Democrat] Party decides it needs to under-bus them. That may depend on how truly bad the vaccine damage becomes. It’s already getting hard to disguise it.

So, for now, it’s just “Trump recklessly pressured the FDA to fast track the vaccine,” and not yet “Pfizer handled its clinical trials recklessly” or even “Pfizer deliberately lied about vaccine efficacy and safety”. Not yet.

My guess is that Pfizer is going to be well and truly pfizered. As that will become necessary to save the Party.

We have always been at war with Eastasia.

Some probably are, but there’s no statistical after-vaccine excess mortality in NZ and AU around the peak vaccination period that was spring and summer of 21. The excess mortality goes up after AU and NZ decide to rely solely on vaccines and “let it rip”. 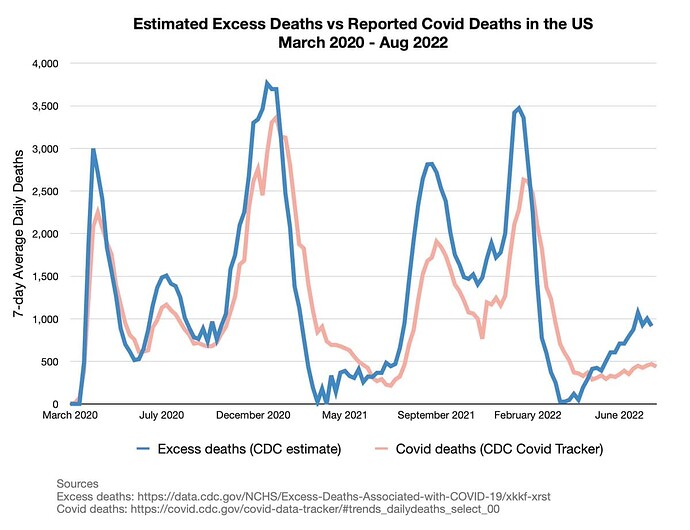 • NewYork-Presbyterian Hospital runs an advertisement featuring a young girl who is suffering from myocarditis: 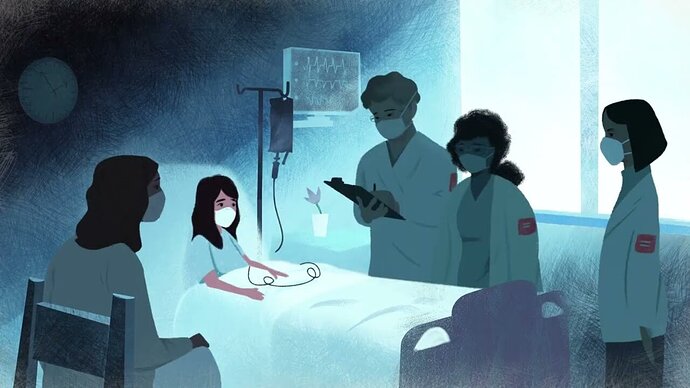 DESCRIPTION BY NEW YORK-PRESBYTERIAN HOSPITAL Suri had a bad stomach ache that turned out to be myocarditis, a serious inflammation of the heart. Our multidisciplinary pediatric critical care team wor

The original video has been hidden from the hospital’s Youtube channel.

• The Atlantic, a rather left-leaning magazine, publishes an article suggesting a possible causal relationship between an immunologist’s worsening lymphoma and his COVID booster shot: 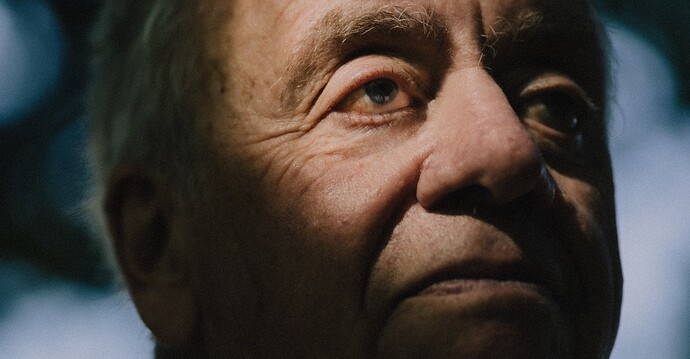 Did a Famous Doctor’s COVID Shot Make His Cancer Worse?

A lifelong promoter of vaccines suspects he might be the rare, unfortunate exception.

In COVID hearing, #Pfizer director admits: #vaccine was never tested on preventing transmission. “Get vaccinated for others” was always a lie. The only purpose of the #COVID passport: forcing people to get vaccinated. 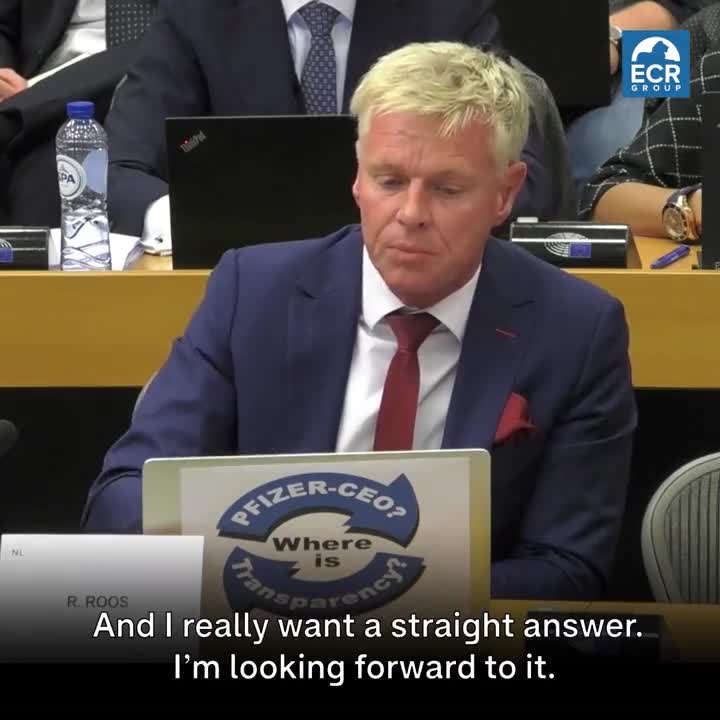 Rob Roos: Was the Pfizer COVID vaccine tested on stopping the transmission of the virus before it entered the market? If not, please say it clearly. If yes, are you willing to share the data with this committee? And I really want a straight answer – yes or no. I’m looking forward to it. Thank you very much.

J. Small (Pfizer): Regarding the question around did we know about stopping immunization (sic) before it entered the market? No, haha. These, emm, you know we had to really move at the speed of science to really understand what is taking place in the market.

A combination of SARS2/3’s infectivity, unprecedented global mobility, and the now enormous human biomass – enables the evolutionary rate of the virus to roll over our innate immune ability and the regulatory process for drugs and vaccines.

Plague was a bit like that, creating a major evolutionary pressure for humans. For example

The deadly plague began to spread to Šibenik in the year 1649. The epidemic saw the population of the largest Dalmatian town, which then numbered about 10,000 people, cut to just 1,500.

An important part of recent human evolution has to do with our immune systems (instead of evolution for intelligence, athletic performance, altruism, or affinity for civilization): https://www.pnas.org/doi/10.1073/pnas.1317723111 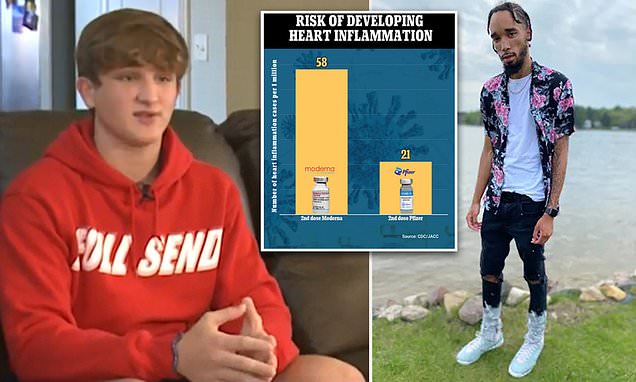 Moderna and Pfizer will investigate whether their shots cause long term issues. It will be the first trials to determine long term impacts of the vaccine on the population.

Of course, this is an obvious cover-up. Why should anyone expect Pfizer and Moderna to give an accurate account of the safety of their own products? This is especially true considering Pfizer is a serial felon with a documented history of falsifying safety data.

Apparently this is standard FDA procedure. Even during the clinical trial phase of bringing new meds to market, the manufacturer is the one who conducts the trials, analyzes the trial data, and issues the report about the trial. It’s rigged. Government: Latin for “how do we screw the pleabs today?”

This is so infuriating. 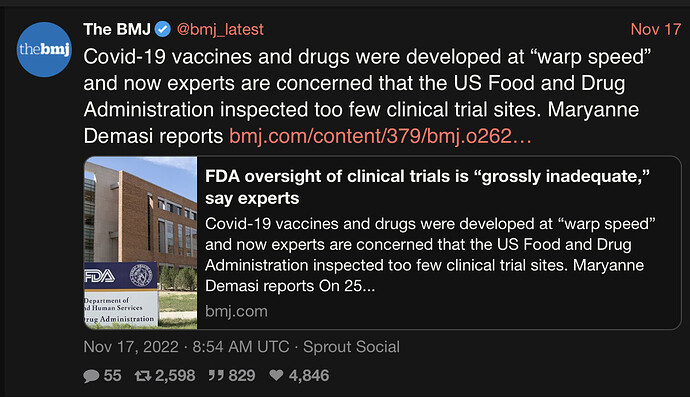 Yes as the same US gov contemplates instituting health passports for traveling.

Maybe if half the population decides it will not accept this subjugation - if half of us refuse to travel and kill the entire industry - maybe the tyrants will see the light.

Your mouth to God’s ear, my friend.

Maybe if half the population decides it will not accept this subjugation - if half of us refuse to travel and kill the entire industry - maybe the tyrants will see the light.

I do hope you’re right, CW, but I fear the worst. The vaccine passports will limit travel to the anointed (Inner Party), the travel industry will reset to that new reality, and the rest of us “vil eat ze bugs”.

When I was younger, I thought the James Bond movie villains were shallow and cartoonish. But reality has caught up (caught down?) with fiction. Look at the photo below. Wasn’t your first thought something like “which Bond movie was this from”? 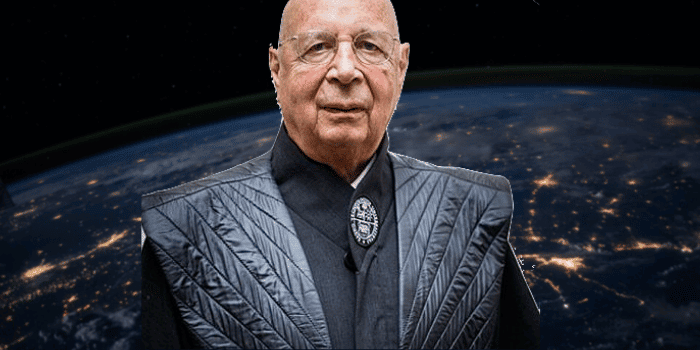 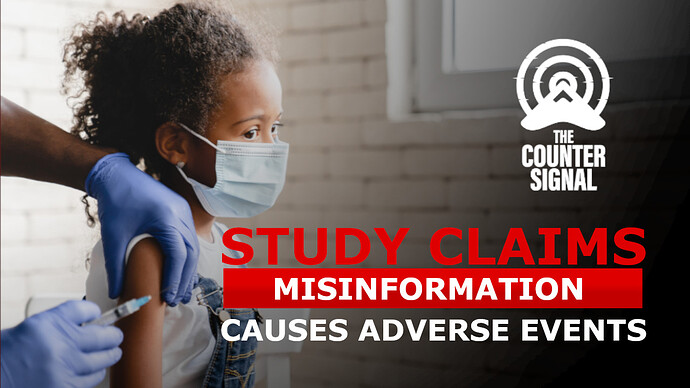 A study on the National Institute of Health’s website suggests that most COVID-19 vaccine adverse effects are due to stress from “anti-vaccination misinformation.”

An excerpt from the abstract of the study:

A mini review of published literature has been conducted and found that mental stress clearly causes vasoconstriction and arterial constriction of the blood vessels. Therefore, if subjects are panicked, concerned, stressed or scared of the vaccination, their arteries will constrict and become smaller in and around the time of receiving the vaccine. This biological mechanism (the constriction of veins, arteries and vessels under mental stress) is the most likely cause for where there has been blood clots, strokes, heart attacks, dizziness, fainting, blurred vision, loss of smell and taste that may have been experienced shortly after vaccine administration. The extreme mental stress of the patient could most likely be attributed to the fear mongering and scare tactics used by various anti-vaccination groups.

Magus, that is hilarious. This needs to be spread broadly amid howls of laughter. These people parody themselves.

Twitter user “Dystopian Down Under” dug into the background of the author of this “study” and ended up talking to him on the phone for a half hour. Here is the saga, in a Twitter thread unrolled at Substack. 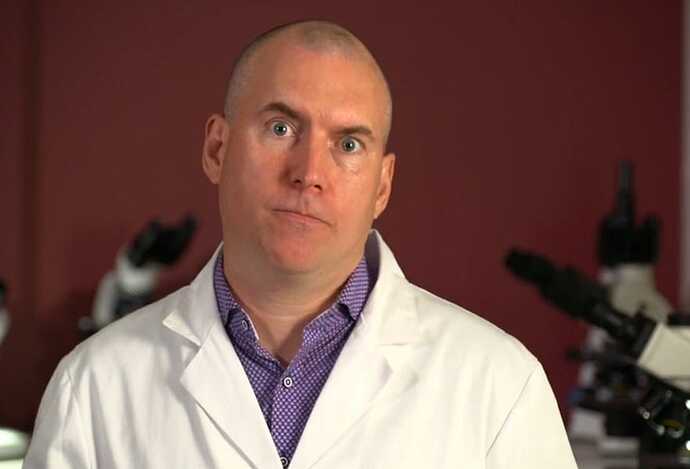