The "War on Drugs"- Time to Declare "Victory" and Withdraw

Like many rear guard actions, the ongoing skirmishes in the so-called “war on drugs” will not affect the outcome; the war is over. Additionally, it would be hard to imagine that any policy could be worse than the current state of affairs. To wit: the additional criminality engaged in by addicts to fund their addictions and the accompanying glut of incarcerated felons are now features of the war rather than bugs. The economic costs to society are enormous, be they for law enforcement, health care (advanced diseases of both addicts and their victims of robbery/assault/murder), lost property or lost productivity. This is not to mention intangible losses - the corrosive effect on societal beliefs as to respect for the law and the sense of general safety and security. When a longstanding policy proves to be as disastrous as this one, reason suggests it is time to consider alternatives and conduct trials of alternative approaches. Measured against all this, what would be the downside?

It is empirically perfectly clear that addicts will continue to use regardless of legal penalties, at least as we assess them in the US (cf. a score of countries which prescribe the death penalty for what are here held to be relatively minor drug offenses). There are varying degrees of decriminalization. Tending toward my libertarian views, I would not only not prosecute users, I would make available, at cost, a supply of abused drugs under a sensibly-regulated system (maybe NASA could even elevate the priority of addiction to similar status as its avowed commitment to diversity and global warming!). Users would be supplied what they need/want, provided they register with the program and agree to not obtain drugs from any other source. Those who continue to sell - either drugs obtained through this system or any other drugs regardless of source - would face prompt, sure and severe punishment.

Now, this proposed system comes with the possibility of causing more addiction and losing some individuals to overdose. At the same time, pharmaceutical quality and sanitary injection would save lives by preventing various common infections associated with adulterated drugs and dirty needles. Careful observation and analysis of the experience with many addicts over some time period will permit adjustments and improvement of the program, particularly as to sensitive issues. For example, a most important question at the outset is: who can access he program? Can anyone who simply wants to use substances recreationally be eligible? Or, at least when first started, would the program accept only those who are already addicts? Many other policy questions will surely arise.

Individual incentives are an important consideration. Can society incentivize participants to limit/reduce the quantity they use? Can they be induced to enter a treatment center for detoxification (days) and subsequent treatment (weeks/months) followed by long-term recovery through participation in 12-step programs like AA or NA? If so, under what circumstance is coercion justified? Should financial incentives (payments for desired behavior, such as agreeing to random urine monitoring) be part of the armamentarium? Are there circumstances where negative consequences may be employed (limiting doses available, withholding of payments)? Are there circumstances in which coercion may be used to compel entry into treatment (e.g. a choice between treatment or prison)? Penalties for leaving treatment? And many more issues will surely arise…

In sum, it seems eminently reasonable to admit defeat in the “war on drugs” and beat a measured and calm withdrawal (the withdrawal from Afghanistan sets a low bar in that regard). There is much room for experimentation and the Founders suggested that laws need not be uniform or national in scope; the states may be “laboratories of the law”, they said. This same principle, I think, ought to apply to how to specifically act, once national decriminalization went into effect. As an initial matter, failure to decriminalize nationally would likely have a magnetic effect, drawing addicts disproportionately to those areas where decriminalization is in effect. After that, we should be capable of trying lots of imaginative policies and evolving a workable system empirically .

You could start by seeing how decriminalisation of “drugs” is going in Portugal, where they did that some time ago:

The drug policy of Portugal, informally called the "drug strategy", was put in place in 2000, and came into effect in July 2001. Its purpose was to reduce the number of new HIV/AIDS cases in the country, as it was estimated around half of new cases came from injecting drug use. The policy consisted of multiple methods to reduce the spread of HIV, among which were: Harm reduction efforts; information to the public and in particular to populations most at risk about how HIV is spread; establish...

Mike Grey predicted all this in his 1998 book “Drug Crazy”.
I was struck by your soeculstion about “can anybody play?” Like, I’m not an addict but I wanna become a recreational drug user! Y not?
It’s Brave New World again— we need Soma. Everybody gets it, and is encouraged to take it to remain…placid. And to enhance your pleasure at “Orgy-Porgy”. But if you ever do get agitated, you just take more of it and go on a “Soma holiday”—sleep straight through for a few days . No ill effects. It sounds great, actually.

Tending toward my libertarian views, I would not only not prosecute users, I would make available, at cost, a supply of abused drugs under a sensibly-regulated system (maybe NASA could even elevate the priority of addiction to similar status as its avowed commitment to diversity and global warming!). Users would be supplied what they need/want, provided they register with the program and agree to not obtain drugs from any other source.

This is the only part of this reasonable assessment and plan which I fear may have unintended consequences. First of all, putting U.S. federal government in charge of distributing drugs would probably mean the program would work about as well as anything else it does. NASA? Do you mean the people who took 15 years and spent more than US$ 20 billion to develop a disposable rocket built out of 40 year old Space Shuttle parts that, if it ever flies, will cost more than US$ 1 billion a shot? The geniuses who spent 25 years and US$ 10 billion building a space telescope which is 14 years late and a factor of ten over its original budget? And, as you note, NASA is considered one of the most competent of U.S. government undertakings.

The second issue is the wisdom of putting government in the business of procuring and distributing a product at cost as a matter of general principle, independent of how well they do it. If the government is providing low-cost drugs to addicts (and, potentially, recreational users) at cost, then how long do you think it will be before the “people, not profits” crowd begin to demand that the government likewise furnish other essential human needs at cost or as a “fundamental human right”?

No question that the War on Drugs has been as much of a failure as most everything else FedGov has got involved in. What’s to be done?

The libertarian approach would be to let everyone do whatever she wants – as long as she does not impinge on anyone else. In a society which is rapidly getting poorer, there is no case for providing “free” (i.e., paid by non-junkies) needles etc. And if the drug addict does act in ways which make life worse for others, the action short of the Malaysian death penalty would be expulsion from society – clear one of the islands on the Pacific North West or Alaska, drop the individuals there, and leave them to get on with their own lives.

A hypothesis out there is that it takes a certain quantum of misery to make a society work. In old Islamic societies, a thief would have his hand cut off – great misery for him, but the honest majority were spared the problems of most crime. In modern San Francisco, theft is decriminalized – great for the criminal, but spreads that quantum of misery over the rest of society. Which is better?

Compellingly valid points all. My citing NASA was meant as snark, and I had not yet thought through the messy details - mainly wanted to make the point that decriminalization could not be worse than present criminalization and suggest an alternative. If anything begs for privatization, such a program as I suggest surely does.

You are entirely correct as to my ill-thought out suggestion of “at cost” and you are surely correct as to what would inevitably follow. My bad! My goal was to create a system where addicts would have little/no incentive to cheat, rob and steal to fund their habits.

Thank you for your, as always, well thought out comments.

Every city and state needs to decide the drug laws for that particular culture. As individuals, we need to understand our behaviour and laws effect those around us, and alcohol and drugs are crippling and fatal addictions to a percentange of our fellow humans-- and vote on laws where we live accordingly.

Keep in mind, below is one example (and there are many) of an American region (southern Oregon) that has quickly turned into a third world environment because of the legalization of marijuana laws. 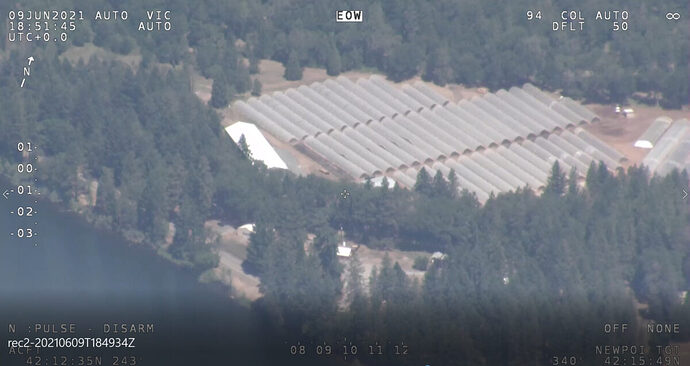 Seven years after Oregon legalized recreational marijuana, the market for cannabis is booming. But rather than propagate a ...