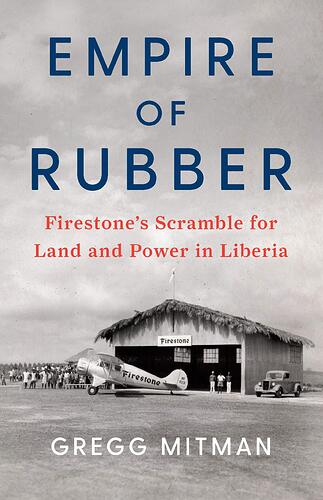 In the first decades of the twentieth century rubber changed from a material that was a sometime useful curiosity into a vital strategic asset. This was especially true in the heavily-industrialized United States, with a massive demand for rubber in both transportation and industry. The problem was the United States controlled no sources of rubber. Every pound came from foreign countries or colonies controlled by foreign countries.

“Empire of Rubber: Firestone’s Scramble for Land and Power in Liberia,” by Greg Mitmann tells of one US attempt to circumvent that shortfall. It relates how Firestone, a US company, with the support of the US government established and ran rubber plantations in Liberia between the 1920s and the 1980s.

Mitmann reveals the intricate three-handed game played in the 1920s and 1930s as Firestone set up its plantations. The sides included Firestone and its US owners, Liberia’s ruling class made up blacks who came from the US and the indigenous blacks who occupied Liberia when the American blacks colonized it. Racism against blacks was at its height in the 1920s United States, but all three sides behaved badly towards the others, each seeking to advance themselves at the expense of the other two groups.

Mitmann traces Firestone’s successes and reversals. It took place against the rise of both fascism and communism, in an era in which the Great Depression left an indelible mark. It matured in the late 1930s, just in time to provide the West an alternate source of rubber during World War II.

One of the book’s fascinating revelations was that Progressives have changed little in 100 years. The American charge into Liberia was led by Ivy League Progressives seeking to uplift and educate the rude natives, just as they do today. Back then the rude natives were the indigenous “uneducated” blacks of Liberia just as today they are the indigenous “uneducated” whites in the US heartland. The condescension and sense of superiority remains the same, even if the focus differs.

“Empire of Rubber” is a revealing look at a complex topic. Mitmann offers a nuanced look at a subject that is too frequently oversimplified and caricaturized.

Thank you for bringing us this story related to the rubber industry. A story that has given rise to other surprising anecdotes. Being on the North East coast of Brazil in September 2019, strolling on the beach, I suddenly see large packages, some as big as suitcases, apparently washed up on the beach by the sea. Impossible at the time to tell what it was, of a strange aspect, almost animal, the “thing” was made of a material that looked like snake skin

. I was far from the truth. It was only several weeks later that, reading the press, I understood what it was about… Rubber.

The rest is told here: 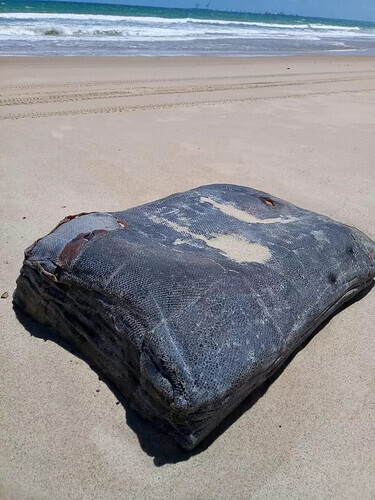 Mysterious bundles on the northeast coast are from a World War II German...

2021-01-08T23:00:00Z (UTC) The mysterious bundles that have appeared on the beaches of Ceará, a NordEst state of Brazil, and other northeastern states come from a German ship that sank on the northeast coast in 1944. The discovery was made by...

It may have been the German Blockade Runner Bergeland, sunk in January 1944. More about it here. There is more on German blockade running in WWII here.

Went to amazon.uk to order this, which they don’t appear to carry, but did find this one, kindle only:
https://www.amazon.com/Empire-Rubber-Plantation-Two-Way-Vietcong-ebook/dp/

In the meantime, I’ll add Empire of Rubber to my US amazon basket.

Try Nov 2. That is the release date. It is available on Amazon US,but may not be in Britain,

thanks! Did the link I sent work?