This Week’s Book Review – Murder on the San Juan Express 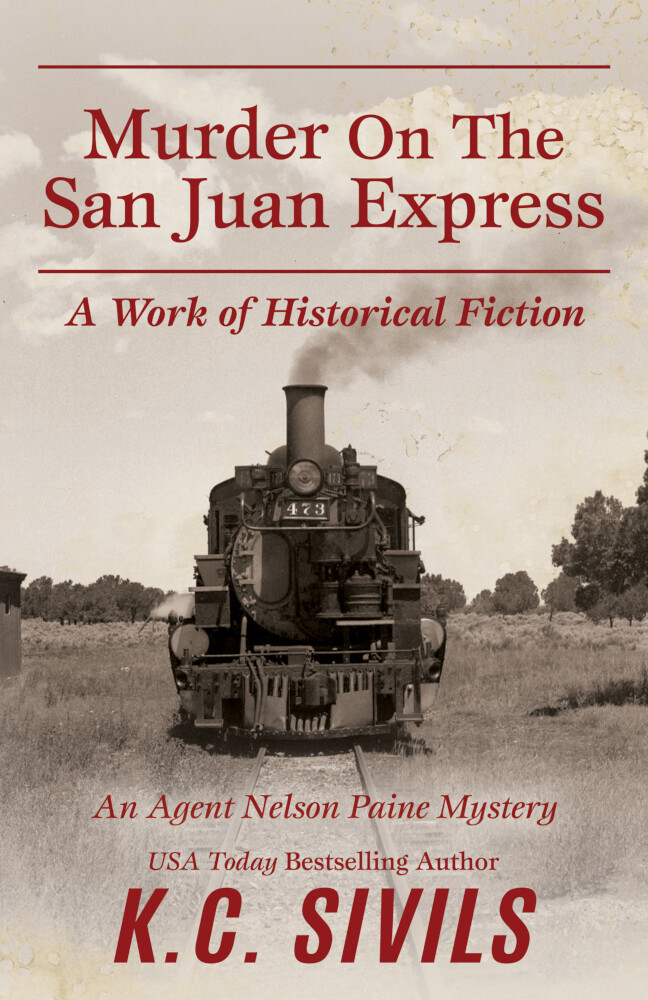 Death on a Narrow Gauge

Johann Mueller is a physicist. He fled Germany for the United States to escape Nazism. The US is at war with Nazi Germany, with Mueller employed by the US government as a scientist. It is why he is on Denver & Rio Grande Western’s San Juan Express, heading towards a Colorado mining town.

In “Murder on the San Juan Express,” a historical mystery by K. C. Sivils, Mueller never makes it to his destination. His body is found along the track after he fell from the train. Was his fall an accident or was he pushed?

Since Mueller is a federal employee, the FBI investigates. Special Agent Nelson Paine is assigned the case. Paine’s boss, intends to steal the credit if Paine solves the crime and shift the blame to Paine if Paine does not solve it. Paine knows this, but does not care. He wants to solve the mystery.

The solution lies on the narrow-gauge tracks of the Denver & Rio Grande Western or the associated Rio Grande Southern. Paine is off the mining towns of Western Colorado serviced by these railroads, and proves to be the man for the job. He establishes that Mueller’s death was not accidental and is somehow tied into Mueller’s work at Oak Ridge, Tennessee. He also discovers two espionage rings in the area, interested in the local yellowcake ore Mueller was inspecting.

Paine belongs to a time when the FBI earned a reputation for dogged crime stopping. A man of integrity and ingenuity, he tracks down leads wherever the take him. He also knows how to deal with bureaucracy. There is something his boss is not telling him. Paine knows what to tell and not tell his boss, lest he be told to stop.

The book is as much a tribute to railroading as it is a mystery. It pays homage to Colorado’s narrow gauge railroads. Railroading feeds naturally into the story, as do the gritty company towns in which the story is set. Sivils includes a history of the railroad and a glossary of railroad terms after the end of the mystery. He also leaves a mystery unsolved, which Ellery Queen-style, readers can solve for a free book.

“Murder on the San Juan Express” is a book for those that loved the mysteries of the 1940s and railroad buffs who enjoy a little fiction with their railroad stories. It is a fun read.