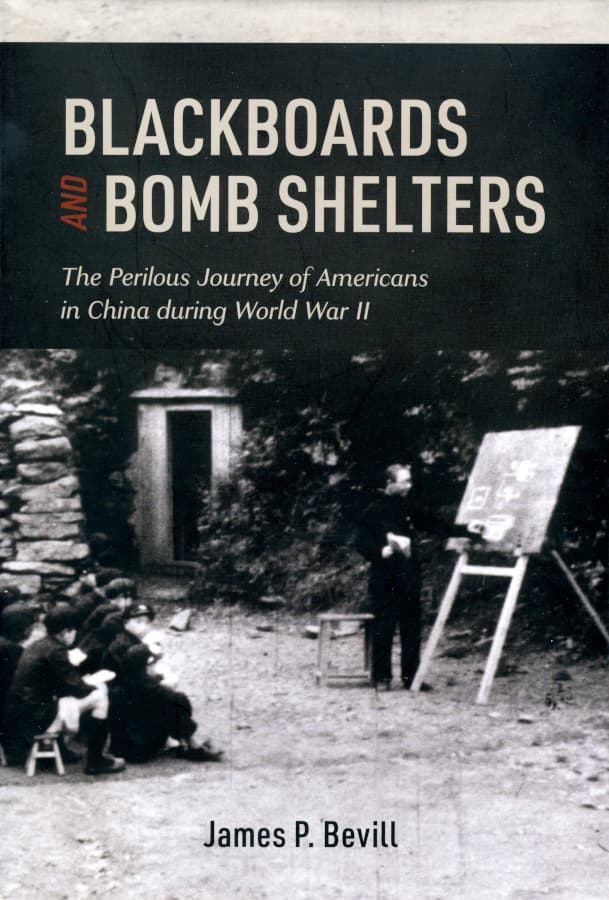 An American Civilian in WW2 China

Paul Springer grew up in New Jersey during the 1920s and 1930s. A smart kid, he graduated high school at 16 in 1934 and worked at a bank. In 1937 he won a full scholarship at Ivy League Yale. Paul wanted adventure. He wanted to travel.

“Blackboards and Bomb Shelters: The Perilous Journey of Americans in China during World War II,” by James P. Bevill, tells what happened next. Yale sponsored the Yali Middle School in Yuanling, Hunan Province in China. It taught in English and Chinese. Every other year Yale sent three Yale graduates to teach there. During his senior year at Yale Paul was invited to apply for one of the positions.

He applied, and with two other Yale graduates sailed to China in July 1941. It was an opportunity to satisfy his dreams of travel during an age when this was rare. While The US was still at peace, China had been at war with Japan longer than Paul had been to Yale. He knew he was entering a war zone. His first semester teaching at Yali Middle School was punctuated by Japanese air raids.

Bevill follows Paul Springer and his two Yale companions through World War II in China. American neutrality ended before Paul’s first semester teaching did. When Japan attacked Pearl Harbor in December 1941 they became citizens of a belligerent nation. They were effectively trapped in China. Japan quickly severed all land connections out. One, a pacifist, remained with Yale-in-China. A second joined the staff of Claire Chennault’s US Fourteenth Air Force in China. Paul continued teaching at Yali, attempting, but failing to get a commission in the US Armed Forces, instead becoming a civilian employee of the US State Department. He served in both China and Egypt.

The book is fascinating on several levels. Paul and friends had never traveled abroad prior to going to China. Bevill highlights the culture shock they felt, and the curiosity they aroused in their Chinese students. He also captures the confusion and concerns they felt when Pearl Harbor transformed them into active participants.

“Blackboards and Bomb Shelters” is a personal story for Bevill, Springer was Bevill’s father-in-law. Yet it resonates beyond that personal story. It is also Bevill’s tribute to Springer’s generation. Bevill captures the feel of the US and China in the prewar World War II years, and highlights how much things have changed in 70 years.

This title was SOOOOO evocative,I’m was hoping it’d be about being in grade school in America during the 50s-60s when our biggest, omnipresent fear was The Bomb, and we periodically had to get under our desks as sirens sounded an air raid drill, and put one hand over the backs of our necks as extra protection. I reckon maybe our odontoid bones woulda been the last component of us not to be vaporized. But we’d never know it……
Anyway: in my beginning is my end: I feel like a kid again now, worrying as I did then that the Russians or Chinese will bomb us.

Maybe it is worth recommending the pre-CovidScam movie “Midway” – which seemed to be a rather even-handed treatment of the early period of the war in the Pacific, showing perspectives of Americans, Japanese, and Chinese.

The Chinese element came in as a consequence of the Dolittle raid on Tokyo. Some of the bombers had to ditch in Japanese-occupied China, where the American pilots were helped to escape by Chinese peasants. Japan wreaked massive punishment on the Chinese population when they found out.

An interesting background story about this movie is that there was insufficient interest within Hollywood to make it, despite it being about one of the most dangerous – and proudest – periods in US history. No transgenders of color in leading roles, perhaps? Fortunately, investors from China stepped in and provided the necessary financial backing. Movies in which Imperial Japan gets slapped down are very popular in China.