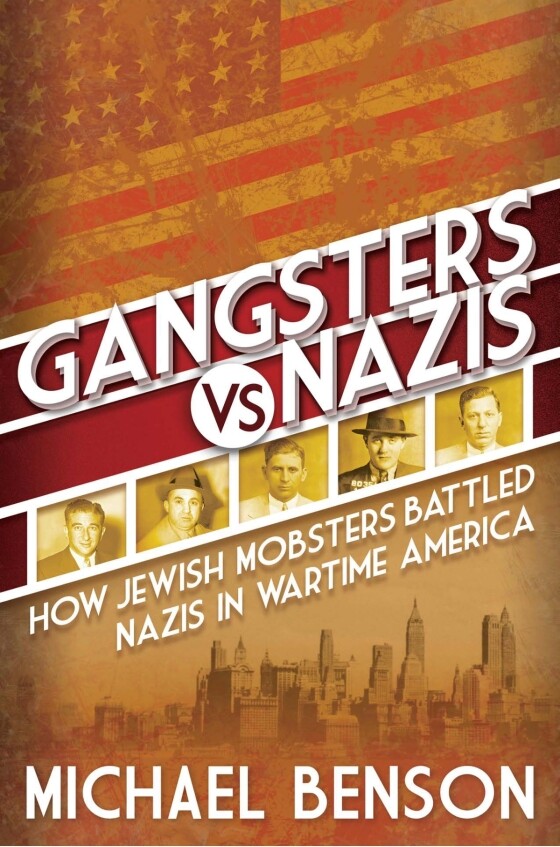 There are few things as repugnant as the Mob. Except maybe Nazis. It kind of makes sense that Jewish mobsters once took an opportunity to improve their image by punching Nazis.

“Gangsters vs Nazis: How Jewish Mobsters Battled Nazis in Wartime America,” by Michael Benson relates the story of one of the strangest campaign of the 1930s and 40s. It shows how the Jewish community in the United States organized to fight the German-American Bund and other fascist groups in the United States in the years prior to American entry into World War II. They did it by enlisting the assistance of Jewish Gangsters.

As Benson points out, in mid-century America organized crime was big, especially in immigrant communities. They formed in every community with a large, poor immigrant population. The most famous was the Italian Mafia, but there were Irish, Polish, Hispanic, and Jewish mobs, too. They were a product of poverty and desperation.

The respectable members of each community despised these gangsters. Yet in the mid-1930s Jewish leaders, including rabbis, judges, and journalists found something they despised more: the Jew-hating Nazis. When the pro-Nazi Bund began gathering strength in the US, these leaders wanted to stop their rallies. They turned to Jewish gangsters; men like Meyer Lansky, Longie Zwillman and Buggsy Goldstein, asking them fight the Nazis. To rough them up and break up their rallies. The law promised to turn a blind eye, if it stopped at beatings. No killing.

Benson shows how these mobsters responded to that call, recruiting boxers, street toughs, and young Jewish men to join their cause. He traces the confrontations that occurred throughout the country: New York City, Chicago, and Newark chief among them, but there were also battles throughout the Midwest and on the West Coast.

It is a colorful tale. It reads in many like a mid-20th century Jimmy Cagney movie or Mickey Spillane novel come to life. It occurs in the same settings and the author uses Runyonesque language of the genre. The mobsters deal out knuckle sandwiches and whack foes on the noggin. At one point Benson urges readers to think of one team a “The Dirty Dozen with some Yiddish thrown in.”

Despite Benson’s claims, the mobsters are not “good guys” protecting the American way. They were thugs who found a socially acceptable outlet for violence. Despite that, “Gangsters vs Nazis” is a fascinating and entertaining story.