This Week's Book Review - Murder at the Masked Ball 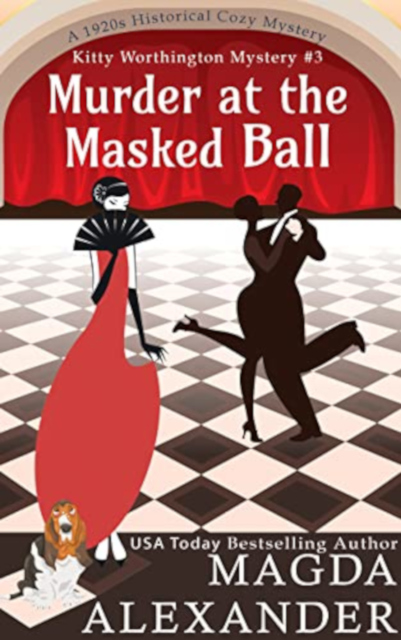 Who Really Killed the Unpleasant Lord?

Kitty Worthington is back for her third adventure in solving crime. In her first, she prevented her brother from being convicted of murder. In the second, she saved her sister’s fiancé from a murder charge. Now she had a new challenge.

“Murder at the Masked Ball,” by Magda Alexander, follows the same template as the first two books. It is the 1920s, and Kitty Worthingtion, the youngest child in her wealthy family is trying to avoid her mother’s attempts at matchmaking. But she stumbles into a murder, one of her friends and relations seems to be the guilty party, and it is up to Kitty and her crew to prove otherwise by finding the actual culprit.

In this case, the accused is her good friend Lord Newcastle. He has carried a torch for Lady Wakefield since before World War I. He even proposed marriage to her, only to be turned down by her family. (He was not then Lord Newcastle, only inheriting the title and fortune due to the death of other heirs during World War I.) Rather than allowing Lady Wakefield to marry a penniless love, they forced her to marry the wealthy Lord Wakefield. He turned out to be as cruel as he was wealthy, regularly beating his wife for failing to produce an heir.

Kitty’s romantic interest, Inspector Crawford is sent to investigate. Even he thinks Newcastle did it. Things are made worse when Newcastle confesses to protect Lady Wakefield.

Kitty remains unconvinced. Crawford is more interested in catching a killer than closing a case. He does not interfere as she pursues an independent investigation to find the real killer. In the process, she puts herself in real danger.

“Murder at the Masked Ball” proves another delightful addition to this series. It explores the mores and manners of the English upper class and upper middle class during the 1920s. It offers a humorous and fast-paced adventure in a clever plot with an equally clever solution.

In her first, she prevented her brother from being convicted of murder. In the second, she saved her sister’s fiancé from a murder charge.

Some families are definitely in need of serious professional intervention!

They are not doing anything wrong. They are just the patsies for the real killers.

Although. . . maybe they hang out with the wrong crowd.

I liked them. I’ve read all three, after Sea Writer wrote up the first. I await the release of the 4th.

The fourth will be released January 2023.