This Week's Book Review - The Dark Side of the Road 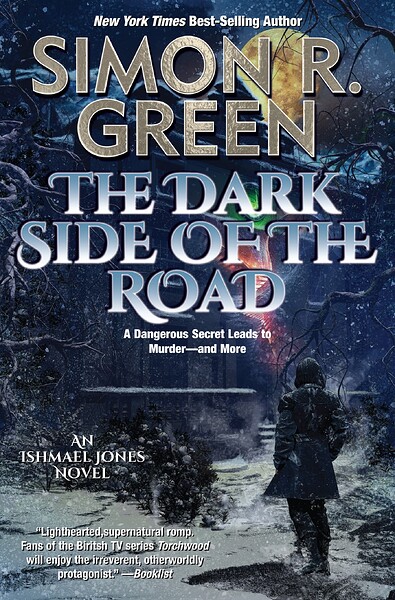 The Dark Side of the Road1400×2128 473 KB
Looking for a good read? Here is a recommendation. I have an unusual approach to reviewing books. I review books I feel merit a review. Each review is an opportunity to recommend a book. If I do not think a book is worth reading, I find another book to review. You do not have to agree with everything every author has written (I do not), but the fiction I review is entertaining (and often thought-provoking) and the non-fiction contain ideas worth reading.

Horror at an English Country Manor

Ishmael Jones hunts monsters. He solves mysteries and uncovers dark secrets. He works for Britain’s Organization, which does not officially exist within government. He feels like he is doing some good there, and working for the Organization allows him to maintain his anonymity.

“The Dark Side of the Road”, a science fiction novel by Simon R. Green introduces Ishmael Jones. Jones is a man apart; someone who respects only the Colonel, the Organization’s chief. Jones has worked with the Colonel on numerous field assignments. Two days before Christmas the Colonel contacts Jones requesting Jones join the Colonel for Christmas at the Colonel’s family home.

It is the first time the Colonel has invited Jones to meet his family. It must be important. The Colonel asks as a personal favor and says he will discuss the reason why Jones is needed when Jones arrives. Jones leaves London that night in a rented car for the drive to Belcourt Manor in rural Cornwall. Despite a vicious blizzard that has the roads shut down.

At the manor are the Colonel’s mother (divorced from his father) and her female companion, his father, stepmother and half-sister Penny, the father’s man of business, and a suitor rejected by Penny. There is also a butler named Jeeves (not his real name, but for what the father is paying he is willing to go by it) and the cook. The rest of the servants are off. Everyone is trapped in the manor by the blizzard. Then people start dying and Jones cannot stop it.

The result reads as if Green took an Agatha Christie mystery, an H. P. Lovecraft horror story and an Arthur C. Clark science fiction tale, put them in a cyclotron, and smashed them together. “The Dark Side of the Road” is science fiction that reads like fantasy. The start of a new series, it leaves readers eager for the sequels.