Up for Auction: Apollo 11 Moon Dust Eaten by Cockroaches

When Apollo 11 returned rock and dust samples from the surface of the Moon, scientists at the Lunar Receiving Laboratory ground up a portion of the samples and fed it to a variety of organisms to see if it was toxic or contained pathogens. These included German cockroaches (Blattella germanica) in an experiment run by entomologist Marion Brooks of the University of St Paul in Minnesota. Unlike other lunar samples, which were carefully guarded and forbidden to be in private possession (apart from moon rocks given by U.S. .politicians to foreign dictators to impress them with the superiority of the U.S. free market system), the dust fed to the test organisms was considered “consumed” (which, I suppose, it literally was), and at the conclusion of the experiment Dr Brooks kept possession of the material, including cockroach “chyme” (the liquid from the stomach that passes to the intestine) containing undigested moon dust.

Now, Dr Brooks’s daughter has put this collection up for auction as Lot #3032 at RR Auction. Included is the item described as follows:

Extraordinary specimen display from an Apollo 11 lunar dust experiment, in which German cockroaches (among other lower creatures) were fed lunar soil material in order to observe potential pathological effects. The display housed a vial of ground fines of material extracted from the cockroaches following the biological tests, three of the preserved Blattella germanica cockroaches, and a glass slide containing a histological preparation of Blattella germanica fed the lunar sample, among several images and souvenirs associated with man’s first moon landing. The original vial of extracted material was broken, spilling its contents into the display; the gray discoloration in the white batting is the result. The ground fines and glass shards were then meticulously separated into two larger glass vials. The material weighs approximately 40 milligrams (mg).

Also includes two cases of “Microscope Slides Prepared from Cockroaches that were fed Moon Rock,” marked “LRL #1” and “LRL #2.” Combined, the cases contain a total of 66 glass slides prepared with histological samples from the control and experimental groups. Contents of the slides are identified on tables inside the case lids, though they may no longer be arranged in the matching order.

Taken from the bellies of Blattella germanica individuals, this material has been transformed from moon dust to cockroach chyme—a one-of-a-kind rarity in the space marketplace. 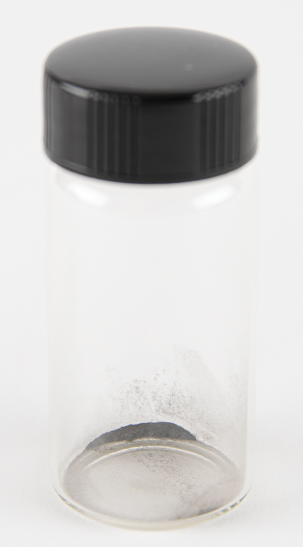 So the lot attracting $20k+ bids is, to use more technical terms, cockroach vomit or shit, depending on what “chyme” is supposed to be?