Virginia is for Winners

Regarding last night’s Republican sweep in Virginia, here’s an article at American Greatness outlining the state’s recent political history. Let’s hope this marks the beginning of a Red Tsunami in 2022. 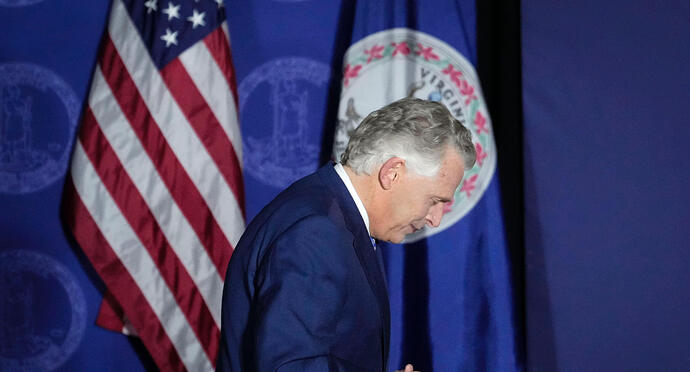 Virginia’s status as a blue state has long been exaggerated by pundits outside the commonwealth. It was based on the assumption that the Republican Party’s decade-long losing streak in statewide and…

Good article, but optimistic. I just don’t see Republicans going full-freedom anywhere, considering their performance in 2020. Yes, Youngkin won, but let’s not get giddy just yet. He has some proving to do.

Meanwhile, keep organzing. The civil war has already begun; it’s just that the “conservatives” can’t seem to recognize it. Read Galula’s book Counterinsurgency Warfare to see how Mao did it and how to stop it. The Left, with their militant arm of BLM & Anti-fa (hoe absurdly named they are - the epitome of brown shirts), has already begun the war. We need to recognize that and counter it appropriately.

Great comment, Devereaux, and welcome to Scanalyzer! Yes, you are right to be wary of “conservatives”, especially with that cabal of backstabbing lecherous skunks at the Lincolon Project lurking about. May they all burn in hell until the end of time, and for eons thereafter.

I will definitely check out Galula. I took a course in counterinsurgency warfare when I was in graduate school at Texas Tech more than a decade ago and have had an interest in that aspect of military history ever since.