Well We Know Where That $8 Million Went

Some of you might remember a few weeks ago the story about the GOP pulling money–I believe to the tune of $8 million–out of the Senate race in Arizona. Well, it appears that Cocaine Mitch found a much better place to spend that money and it ain’t on ousting Democrats. He has decided to spend that money in Alaska where an old, crusty pathetic Bush Republican is going up against a young vibrant (and formerly US Intel Community member) Trump backed challenger. Mitch has proven YET AGAIN that he is more interested in protecting the plantation he has built in DC and doing the Deep State’s bidding instead of actually governing FOR the people of Kentucky and the People of the United States who side with his Party’s supposed platform. This guy needs to go…one way or another. 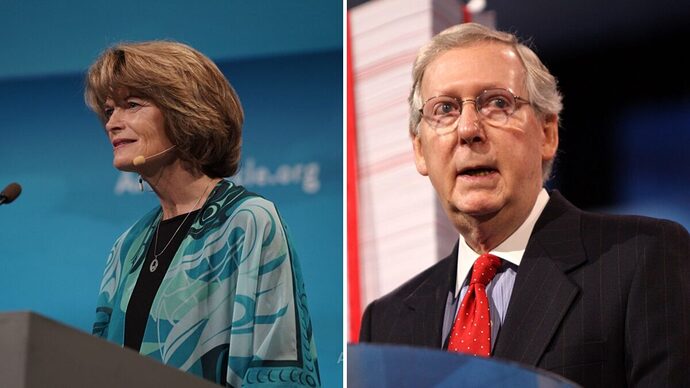 Mitch McConnell is meddling in the Alaska Senate race between two Republicans instead of working to reclaim the majority.