What Building Will Top the Burj Khalifa?

Since 2010, the 829.8 metre Burj Khalifa in Dubai has been considered the world’s tallest building. Which of the ambitious projects in various stages of development and construction around the world will ultimately take its crown as tallest? Well, that depends upon what you mean by “building” and how you define “tallest”. It’s complicated, and ambitious architects and promoters tend to have a bit of the grifter in their makeup.

Here is an article from the Guardian about “Vanity height: how much space in skyscrapers is unoccupiable?”. 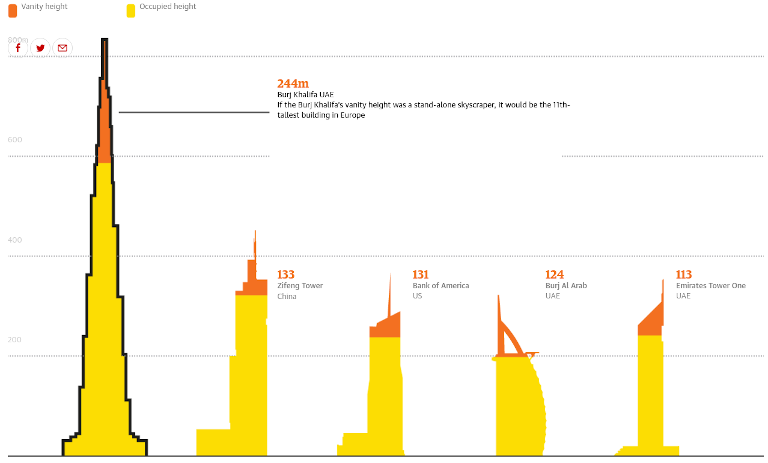 Excellent video. Regarding the Sears-Petronas controversy and similar starting at about 2:35 in, there is another consideration.