I have been slogging through David Deutsch’s upbeat philosophical book “The Beginning of Infinity: Explanations that transform the world”, ISBN 978-0-14-312135-0 (2011). Although Deutsch is a good writer and addresses a number of interesting topics – such as religion, quantum theory, why flowers are beautiful, what happened on Easter Island – I found this volume to be a slog because a number of his explanations seemed unconvincing, at least to me.

Nevertheless, Deutsch starts from a highly defensible premise – that all progress results from the human quest for better explanations.

It would be hard to disagree with any of that – except that Deutsch’s view does not seem to fit the world we live in. Human beings have repeatedly been oppressed by bad explanations – the Peak Oil Scam, the AIDS-Scam, the Climate-Scam, the Green Energy Scam, the Covid-Scam. Despite lots of evidence to the contrary, those bad explanations became (and still are) unshakeable Popperian paradigms. The scientific method – where there can never be any such thing as AlGore’s “Settled Science” – has clearly failed in a number of important areas.

Well, perhaps that is because those specific bad explanations brought political benefits to important individuals? But perhaps it could also be that the scientific method is a neo-religious dogma, often invoked but generally honored more usually in the breach.

To step outside Deutsch’s examples, look at an important but politically-neutral topic in medicine – the asserted impact of cholesterol on heart attacks. The prevailing wisdom is that cholesterol in the bloodstream causes build-up of plaque in the circulatory system, blocking blood flow and resulting in cardiac events. Millions of human beings take statin medications to combat cholesterol. However, there are dissenting voices like Dr. Kendrick, interviewed by a bitcoin enthusiast (strangely enough) in this rather long video.

One of the many anomalies Dr. Kendrick points to is that plaque builds up in the arteries and only very rarely in the veins, even though the same cholesterol-laden blood is pumped through both. Strange! Even more odd is that when cardiac surgeons take a patient’s vein from a leg to replace a clogged artery, that vein (now artery) then can become clogged with plaque. Whatever is happening in the body, the evidence would suggest it is not simply a matter of cholesterol. Yet any doctor who expresses doubt about the cholesterol hypothesis is banished to the outer darkness – which seems completely inconsistent with Deutsch’s premise about human beings seeking better explanations.

The question which Deutsch sidesteps in this book is why the scientific method, which works so well when it is used, is so often NOT used? That points to a problem not with the scientific method, but with us human beings. It is very difficult for us to accept Oliver Cromwell’s famous advice: “I beseech you, in the bowels of Christ, think it possible that you may be mistaken!”

It seems that the road to infinity will require a lot more willingness to sacrifice sacred cows than we humans are comfortable doing.

I’m not sure what you mean by “Popperian paradigms” here. The concept of paradigms in science which constrain most “normal science” to conform to an accepted consensus is generally associated with Thomas Kuhn, who presented that model in his 1962 book The Structure of Scientific Revolutions.

Karl Popper, by contrast, argued that science was a never-ending iterative process where any hypothesis or theory must make predictions which are falsifiable (even if by an experiment or observation which is not, at present, possible to perform), and should be tested whenever a new experiment is thought of or technology enables. Any theory which fails such a test is falsified and must be replaced by a better theory (or as Deutsch prefers, “explanation”), which often includes the previous theory as a special case valid under limited circumstances.

In 1966, Richard Feynman gave a talk to a meeting of the National Science Teachers Association titled “What Is Science?”. In it, there is the oft-quoted passage and subsequent explanation,

I can also define science another way: Science is the belief in the ignorance of experts.

It should not be “science has shown” but “this experiment, this effect, has shown.” And you have as much right as anyone else, upon hearing about the experiments–but be patient and listen to all the evidence–to judge whether a sensible conclusion has been arrived at.

This is Popper’s view in a nutshell. Just because this view is so often ignored, and those in power and control of funding for research enforce dogma which they set up as beyond questioning, does not mean the process of scientific progress as defined by Popper and Deutsch doesn’t work. It simply means it isn’t being used, which invariably results in worse outcomes for all involved (except for the “experts” and their chosen beneficiaries, and then only in the short term).

does not mean the process of scientific progress as defined by Popper and Deutsch doesn’t work. It simply means it isn’t being used

Exactly! The issue is – Why Not? We know the scientific method works, and has been the source of almost all the progress the human race has made. So why are we drowning in unscientific nonsense like the Climate Scam?

For those interested in Dr. Kendrick’s views on cholesterol, I posted a review and summary of his eminently readable book “The Clot Thickens” here on Scanalyst in November 2021:

Exactly! The issue is – Why Not? We know the scientific method works, and has been the source of almost all the progress the human race has made. So why are we drowning in unscientific nonsense like the Climate Scam?

Disclosure: I’m an atmospheric scientist, although the climate is not my particular specialty. Based on my experience and judgment, I do accept that part of ongoing climate change is in response to human activity, and I think it’s a pretty good idea to work towards a future in which our impact is lessened – in the same way that we have succeeded in working against air pollution and deforestation.

That being said, in my view the “climate crisis” is not a crisis, let alone an existential one. So why is it being sold as that?

I forgot to add that there’s an element of mental illness to the climate cult, too. 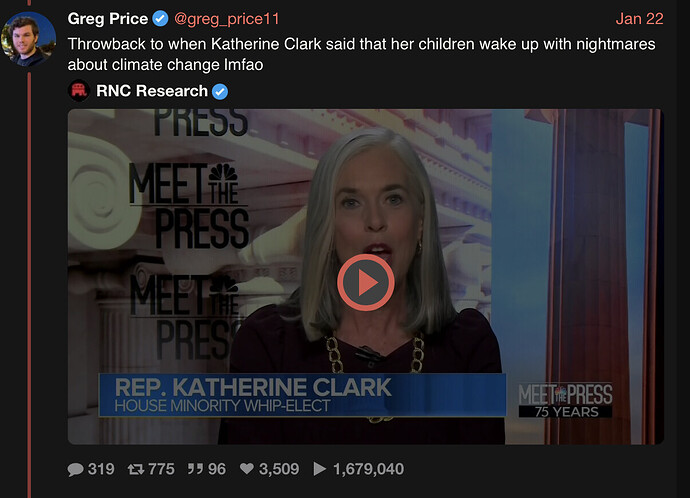 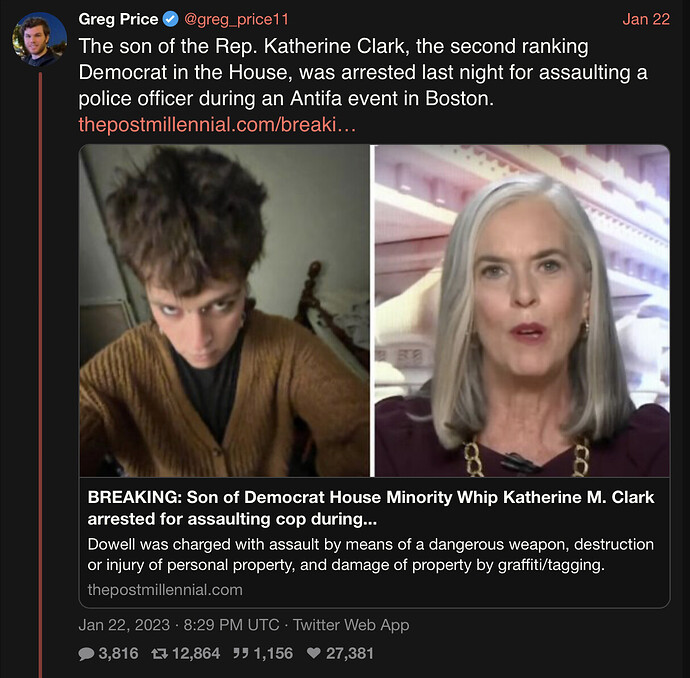 A woman named Zion Lights left the infamous Extinction Rebellion group and has spoken out on the cult like environment of that group and similar groups like Just Stop Oil:

Just Stop Oil has nothing to do with saving the environment or waking people up to the climate emergency. It’s about one man, his ambitions for revolution and power, and the innocent children he has brainwashed to do his bidding.

In Kurt Schlichter’s latest post-US novel, Inferno, there’s a crazy climate death cult. He didn’t have to dig through the headlines very far to find inspiration for that plot point.

I’m not sure how we’re gonna deal with the crazies, but thankfully AOC tells us we’ve only 12 more years left anyway.