Biden’s ever-vigilant AG sent the FBI after parents who objected to their children being taught racism in school under the guise of “critical race theory”. This so-called “theory” plainly says that prejudice and racism are quite acceptable, required, actually, provided it is directed against Caucasians. In his wisdom, Garland called such parents “domestic terrorists” for merely petitioning their local school boards in order to manufacture a jurisdictional basis on which to “make a federal case of it”.

On the other hand, we haven’t heard a peep from him regarding the actual threats of violence from a Rutgers university professor, Dr. Brittney Cooper, who said, “The thing I want to say to you is that we gotta take these motherf***ers out,” she disclosed, “but like, we can’t say that, right?” She has a history of such incitement. Unlike parents involved in local matters, a professor at a university is paid by funds which include federal funds (this makes it a “federal question” under Constitutional jurisprudence and confers jurisdiction for federal law enforcement) she also engages in interstate commerce by teaching students from other states. This fact makes for “diversity jurisdiction” under federal law (funny name for it, huh?). No doubt that, here, the AG has grounds to act. Will he?

In sum, Garland had to torture the law to manufacture from whole cloth (courts love to say this) a plausible means for him to ignore the fact that he has no jurisdiction to go after parents. At the same time, he ignores a clear incitement to violence by a federally-funded (& astoundingly arrogant and ignorant) prof, over whom he has clear jurisdiction.

Don’t expect any “investigative journalism” to make this obviously devious and unprincipled partisanship by the chief law-enforcement officer of the US government widely public.

Here is Ted Cruz vs. Merrick Garland yesterday. Garland is what central casting would send if you asked for a feckless, lying, apparatchik. Imagine if this guy were on the supreme court (sic). 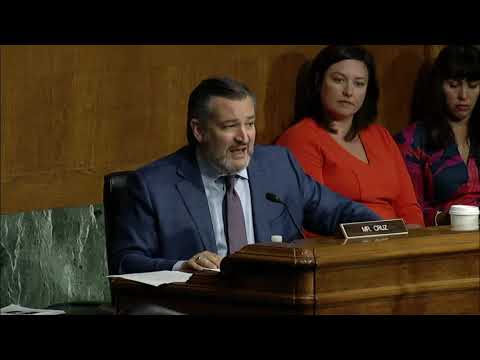 The rule of law is dead in America. It is smoldering on top of the ashes that were our Constitution.

Welcome! Thanks for commenting.