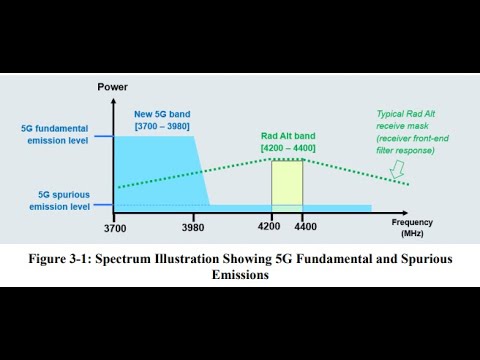 I am reminded of a post I made on PSE (power satellite economics) a couple of years ago.

OK Henson, so what was your EMP story? (Care to share?)

In the course of some professional activities, I met another EE. Over
a long lunch, he told me a spellbinding story about when he worked for
a government contractor in Fremont, on the east side of SF Bay. They
were building a big EMP generator. He described it in some detail,
and I understood what he was talking about because a couple of my
friends in high-energy physics had built a few and I had seen them in
operation. They are LOUD.

This one was the standard Marx generator where you charge a number of
capacitors up in parallel and discharge them (using spark gaps) in
series. This generates a very fast-rise-time current which was
coupled into a waveguide and out to a horn of considerable dimensions,
perhaps a couple of meters on a side. There may have been 4 horns; it
was a big piece of test gear. The purpose of this thing was to simulate the
EMP from a bomb fired off above the atmosphere. 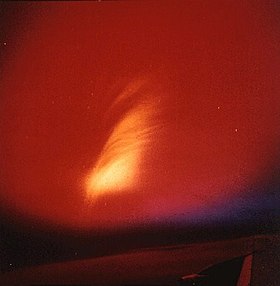 Starfish Prime was a high-altitude nuclear test conducted by the United States, a joint effort of the Atomic Energy Commission (AEC) and the Defense Atomic Support Agency. It was launched from Johnston Atoll on July 9, 1962, and was the largest nuclear test conducted in outer space, and one of five conducted by the US in space. A Thor rocket carrying a W49 thermonuclear warhead (designed by Los Alamos Scientific Laboratory) and a Mk. 2 reentry vehicle was launched from Johnston Atoll in the Pa...

The waveguide was pointed out across SF Bay, unintentionally right at
the glide path for aircraft headed for runway 28L. The
technicians got to work and made the first test of the day about
9 am on November 22, 1968. Unfortunately, there was a Japan Airline
plane in the path when the first pulse went out.

The pulses were something else. Gutters would flash over for hundreds
of yards around the horns.

Japan Air Lines Flight 2 was a scheduled passenger flight on November 22, 1968. The plane was a new Douglas DC-8 named "Shiga", flying from Tokyo International Airport (Haneda) to San Francisco International Airport. Due to heavy fog and other factors, Captain Kohei Asoh mistakenly ditched the plane near Coyote Point in the shallow waters of San Francisco Bay, two and a half miles short of the runway. None of the 96 passengers and 11 crew were injured in the landing. An early report from the Coa...

I don’t think there was proof at the time that the pulse had burned
out the radar altimeter, but if the altimeter was working, then the
pilots were not paying attention. The plane went into the Bay about
2.5 miles short of the runway. Fortunately, no one was hurt. The
plane was fished out of the Bay and repaired at UAL’s shop in SF.

However, according to my informant, someone made the connection that
day between the plane going into the drink and firing the EMP generator.
They panicked. The operation was shut down, the equipment was packed
up, loaded onto flatbed trucks and shipped to White Sands. My
informant went with the equipment.

The story doesn’t end there. Sometime, perhaps a year later, there
was a dog-and-pony show with a bleacher full of high-level defense
officers and civilians. The EMP generator went BANG, BANG, BANG at a
line of EMP resistant military trucks that rolled in front of the
bleachers. Nothing happened, of course. Must have been as exciting
as watching paint dry. However, according to my informant, the
backwash from the EMP generator killed the ignition systems in every
rental car in the parking lot behind the bleachers.

Now, this is just a story; I don’t even remember the guy’s name, which
is probably a good thing since these events surely got classified.
However, it impressed me at the time to the point I remembered it.

If someone wanted to FOIA the EMP projects back in the late 60s, they
might be able to flesh out this story. And perhaps account for the
first civilian airliner damaged by an EMP.

That is a fascinating story. It would be wonderful to figure out what really happened at this remove, and particularly whether the NTSB (or FAA, or whoever was in charge of air accident investigations in 1968) got a hint of the EMP event and what they did with the information.

I have written elsewhere about how many accounts of the consequences of an EMP attack have been overstated compared to experimental results from the U.S. Critical Infrastructures EMP Commission report [PDF]. The scenarios of airliners raining from the sky and highways blocked by a mass of cars that cannot be restarted are, at least based upon their tests in the mid-2000s, fictional. But disabling a specific flight-critical instrument such as a radar altimiter sounds entirely plausible.

I’m not sure how likely it is that an EMP would have disabled the ignition systems of rental cars around 1969. Back then, they were almost all points, distributors, coils, and plugs, which should be robust against almost anything except a direct lightning strike. Electronic engine control and ignition did not come in until the mid-1970s.

Today, our systems are much more vulnerable, and yet the EMP commission found, in actual simulated EMP testing, that most cars, even if they stalled during the pulse, simply restarted and drove on after the EMP event.

I can’t help but compare government decision making regarding EMP versus Covid. Based upon the research cited, there is a similar small chance that at least some critical electronics would fail with potentially lethal results. This seems to be around the same order of magnitude of harm to the public at large from Covid. Other than studies, the state has done little to protect us from the certainty of an eventual natural (or manmade) damaging and harmful EMP. In comparison, when it comes to “protecting” us from Covid, the state knows no limit to spending conjured money or exercising its power to eliminate individual choices, aka liberty.

I remember an informal experiment we conducted with cell phones in operating rooms when they first became widely used. Of course, they were initially banned because of possible interference with the numerous electronic medical devices used in OR’s. Also of course, everyone ignored the ban.

We anesthesiologists teamed up with the hospital’s medical equipment maintenance team (this was before invention of IT departments) to perform some informal testing. At the time - 1993 - I had an NEC ‘brick’ style cell phone - the latest & greatest of the moment. As I recall it transmitted with a whopping 3 watts of power. We turned on all the equipment in the room and went to each piece of equipment touching the phone antenna (it had a stiff wire type retractable antenna) to each piece of equipment while transmitting. We were unable to observe any effect on anything. The result was that we felt less guilty about ignoring the ban. The convenience and improved speed of communication among clinicians made their routine use simply irresistible.