Would You Take Health Advice from This Man?

I’m not talking about the gay son of Gloria Vanderbilt on the left, but the dissipated Harvard drop-out on the right who looks a lot older than his 66 years. As they say, “It’s not the years; it’s the mileage”, and perhaps miles on the Lolita Express count for more than those flying to and from cabal meetings in Davos.

For people over fifty or sixty, they’ll have to be boosted every six months until we get even better vaccines.

You know, to be safe, every six months, you’re going to be vaccinated. As we get more data, they might even make that shorter for people who are, you know, sixty or over seventy where the duration seems to be a bit lower. So we’re in for…(toothy grin)…ongoing vaccinations to stay absolutely safe.

Then, in the next exchange, he says that maybe, over the next few years, R&D may develop “vaccines that prevent you from even getting infected”. What a concept! You might call it, “a vaccine”.

But then, I suppose the guy who brought you the Blue Screen of Death knows a thing or two about life and death issues. Don’t say I didn’t warn you. Here is my “Top Ten” from 1996.

Why does anybody listen to this ignorant ghoul?

Gates is lucky – but not dumb. He knows what he is saying is somewhere on that broad spectrum from data-ignoring foolishness to outright lying. So why does he do it?

My only guess is that sacrificing one’s credibility is a pre-requisite for invitations to all the best cocktail parties. (No pun intended). Those parties must be really special to be worth such a heavy admission price!

who looks a lot older than his 66 years.

Perhaps he needs to take some of whatever Bezos is taking. 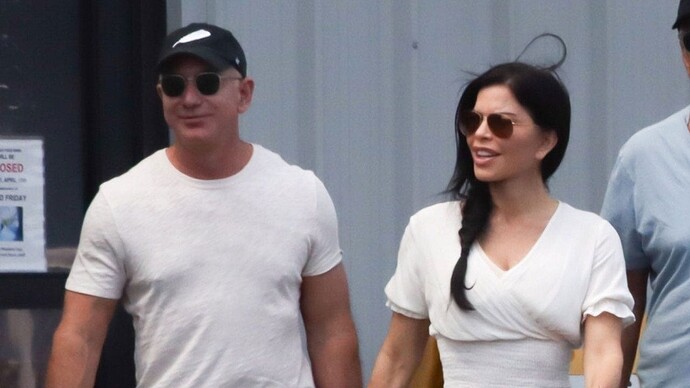 While Elon Musk bought up Twitter shares Monday, Jeff Bezos rocked a pair of fitted jeans to make a donation at the Maui Food Bank. He was joined by girlfriend Lauren Sanchez and Hollywood producer Shep Gordon.