@latestinspace
This red dot is the extent of all human radio signals and spacecraft throughout history. Which means, any possible civilization outside this circle could be totally unaware of our existence 👀 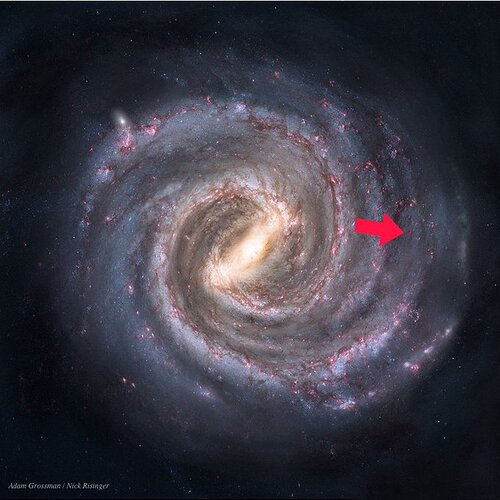 This is why the longevity of radio-loud technological civilisations plays an important role in the Drake equation. The term L is defined as “the length of time for which such civilizations release detectable signals into space”. For its signals to cover the entire visible disc of the galaxy, a civilisation would have to transmit for a period measured in hundreds of thousands of years. A short lived civilisation, or one which abandoned radio transmission in favour of other technologies (as is happening on Earth as fibre optic and wired network connections have replaced broadcasting for many applications), will be detectable only within the tiny shell of signals emitted while it was transmitting.