A Conversation with Marc Andreessen 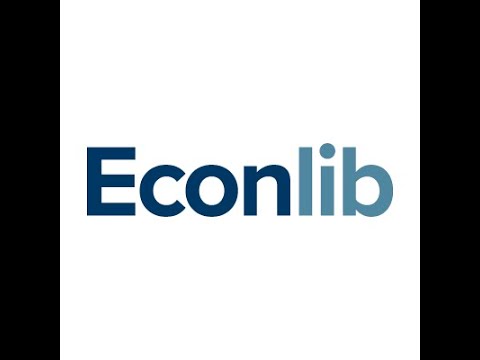 In a recent comment here, I discussed Marc Andreessen, who had been dismissed in Slate as one of the “would-be intellectuals of the tech right”.

Andreessen has been one of the most original thinkers and observers of the contemporary scene for many years, and in a 2011 piece in the Wall Street Journal, at the bottom of the tech bust that followed the 2008 financial crash, predicted that “software is eating the world”. Now, in a conversation on 2022-04-27, Andreessen sits down with Russ Roberts in an EconTalk episode to discuss how the meal is going, the challenges that remain in the “slow” sectors of the economy such as health care, education, and government, the opportunities for new ventures today, why blockchain technology is the missing piece of the Internet puzzle, and the prospects for free speech in a world where those who traditionally defended it have become its enemies.

A very interesting discussion. Thank you for posting. Here is Mark Perry’s “chart of the century” that Andreessen refers to at 16:00: 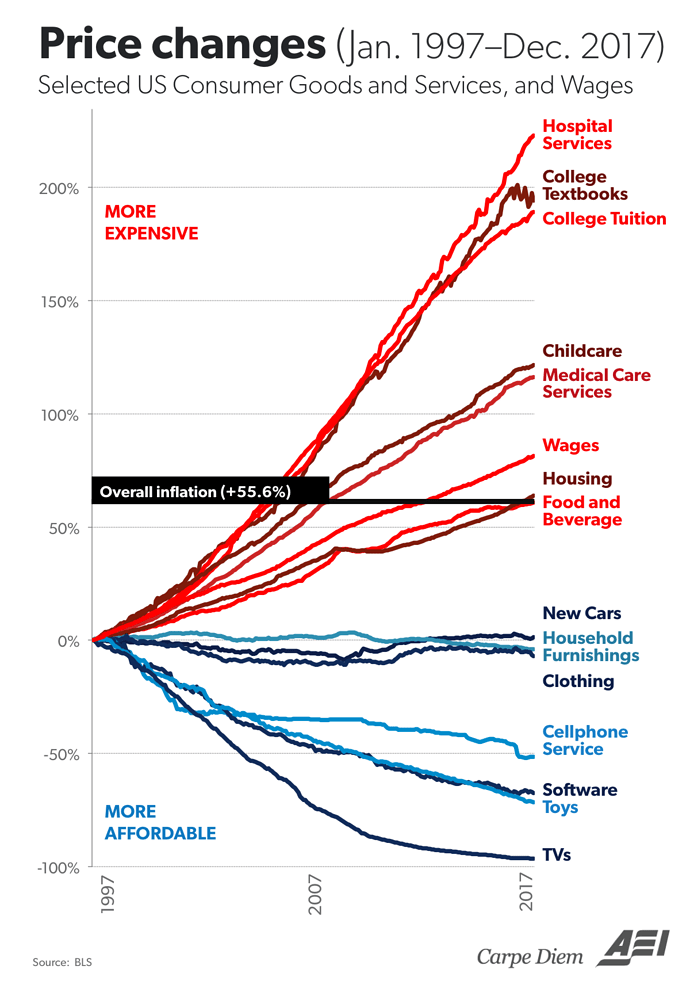 As Andreessen notes, the red sectors are characterized by slow uptake of new technology and heavyhanded government regulation (e.g. restrictions on supply, subsidies to demand). The blue sectors are technology-driven and generally suffer less government interference.

Among the “slow” sectors are housing, education, and health care, whose soaring prices risk pricing out middle-class Americans for whom these goods and services are essential.