A total of 54 Titan II missiles were deployed between 1963 and 1987, 18 each at bases in Arizona, Kansas, and Arkansas. Each missile carried a single W53 thermonuclear warhead with a yield of 9 megatons. The total yield of the Titan II force was 486 megatons, which is around 162 times the explosive power of all bombs dropped by all combatants in World War II, including the atomic bombs dropped on Japan.

Who knew? If Soviet kids didn’t practice 'duck-‘n-cover’ like we did, this shows they should have (although 9 megatons must have had a lethal blast radius measured in miles). These structures rival the pyramids in the sheer magnitude of the structures. In fact, I guess that, counting all the silos, their mass may exceed that of several pyramids.

You can work it out for yourself with Fourmilab’s Strangelove Slide Rule. Here are the results for a yield of 9 megatons, surface burst (as these weapons were intended as “bunker busters”), at a range of five miles. 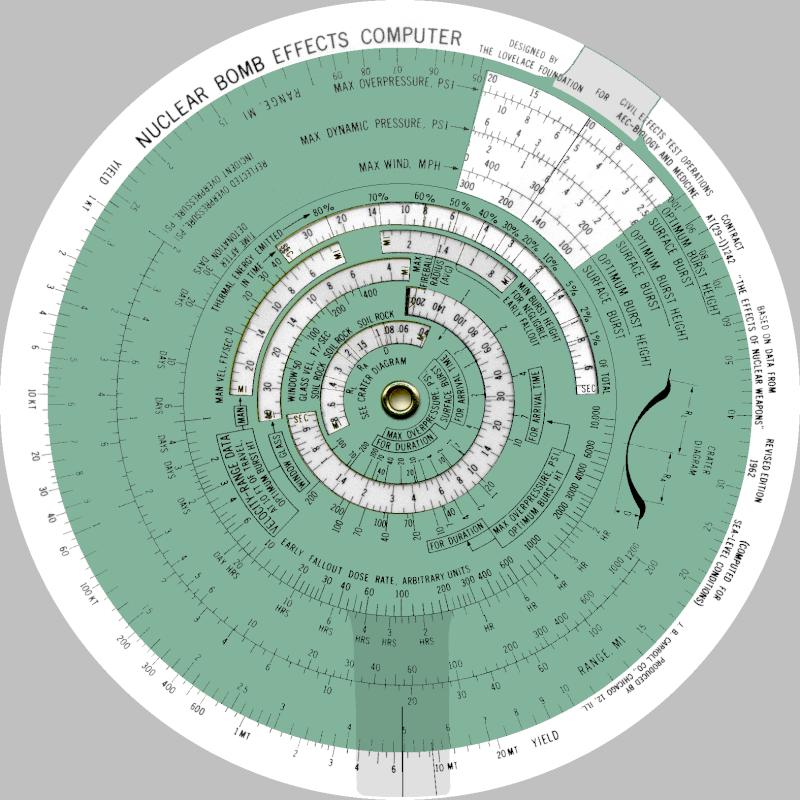 Without revealing classified data, it can be said that it takes a substantial nuclear burst to annihilate A silo. Picture all the silos in N. Dakota alone.

Back when we could build sh_t and do it fast. No questions asked.

God how I miss America .