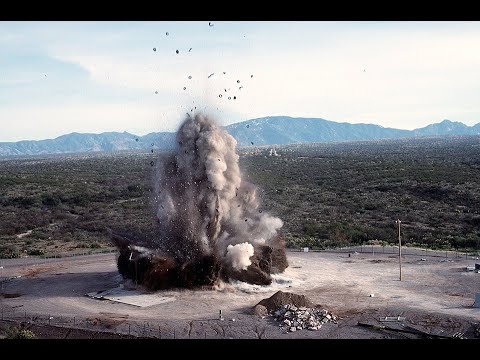 In an earlier post on 2022-05-18, “Building a Titan II Missile Silo” we saw what it took to build the 54 Titan II hardened missile sites in three bases in the United States. The Titan II was originally intended to be in service only until around 1971, but due to its providing a substantial fraction of the total megatonnage of the U.S. land-based ballistic missile force, it remained in service much longer, and was eventually retired when the cost of maintaining the aging missiles and their launch facilities was judged excessive. The elaborate and costly silos and launch control centres were demolished, with the exception of one that was preserved as the Titan Missile Museum south of Tucson, Arizona, which is open to the public, with a Titan II used for training on display in the silo.

This video shows how the Titan II sites, built with mountains of taxpayers’ dollars, were reduced to rubble. Thirteen of the Titan II missiles removed from alert were converted to satellite launch vehicles and used for government payloads, while most of the rest were scrapped between 2004 and 2008.