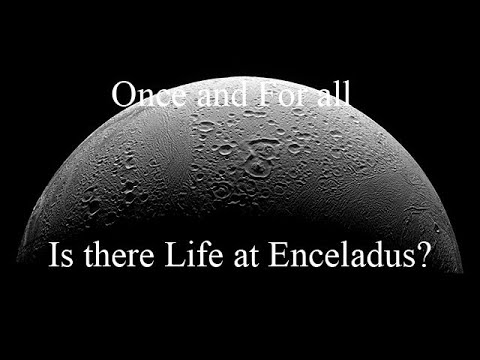 The U.S. National Academies of Sciences, Engineering, and Medicine have issued “Origins, Worlds, and Life: A Decadal Strategy for Planetary Science and Astrobiology 2023–2032”. This is one in a series of “decadal surveys” in which the august eminences of Big Science largely recommend how the taxes of cab drivers and hairdressers are to be spent upon projects to advance their careers and institutions. Or, as they put it:

The next decade of planetary science and astrobiology holds tremendous promise. New research will expand our understanding of our solar system’s origins, how planets form and evolve, under what conditions life can survive, and where to find potentially habitable environments in our solar system and beyond. Origins, Worlds, and Life: A Decadal Strategy for Planetary Science and Astrobiology 2023–2032 highlights key science questions, identifies priority missions, and presents a comprehensive research strategy that includes both planetary defense and human exploration. This report also recommends ways to support the profession as well as the technologies and infrastructure needed to carry out the science.

The pre-publication edition of this survey is now available as a 782 page PDF download. The download is free, but you’ll have to enter an E-mail address to obtain it. (I don’t know if they verify the address, or whether you can be creative in inventing one.)

This is quintessential Big Science, combining dense prose, bewildering acronyms, conventional wisdom, glacial time horizons, and fealty to political correctness and woke ideology. Just picking a paragraph at random gives a taste of what you’re up against reading this.

Because R&A is a vital component of the PSD portfolio, assessing the health and productivity of the R&A programs, individually and collectively, is of central importance. Such evaluation requires transparent reporting of key metrics for R&A programs, and yet no standard definition for which programs comprise the R&A portfolio currently exists. Resulting variability in reporting and in defining what constitutes R&A has led to difficulty in assessing NASA’s level of R&A investment and whether it is compliant with prior decadal survey recommendations, as highlighted by the Midterm Review Committee (NASEM, 2018). Further, such variability has led to confusion among the science community at a minimum—and, in the worst case, has had the unintended consequence of giving some the impression that PSD is attempting to obfuscate the status of its R&A programs. Because R&A programs are bookkept in different places within the PSD budget, their metrics have been difficult to track, and a standardized definition is needed.

The word “equity” occurs 30 times in the text, and there is an entire thirty page chapter 16, “State of the Profession”, which bristles with prose like:

It is sometimes wrongly assumed that implicit bias education is sufficient to reduce and remove bias. Implicit bias education is both deeply necessary and wholly insufficient to reduce the impact of bias. While NASA engages in high-quality education on implicit bias to change hearts and minds, a review of its own procedures and policies is also merited. NASA has set an example in its tackling of DAPR following the pioneering effort at the Space Telescope Science Institute for the Hubble Space Telescope program. This type of continuous effort to improve a procedure by obtaining data regularly and returning to the drawing board to improve the process is needed in all aspects of the work, well beyond grant reviewing. The improved situation on gender diversity can serve as an impetus for additional, broader diversities. With proof that we are capable of change, steps can be taken to reach the next stages of equity and accountability. Continued attention to issues of gender is merited given the data in Section 2. Starkly, involvement of members of underserved communities, especially African Americans, show a deeply troubling stagnation at all levels. It is for NASA leadership to step-in immediately and decisively to understand and improve this state of affairs. Evidence on LGBTQ+ communities and those with disability is sorely lacking but underrepresentation, based on data from STEM fields broadly, is likely.

(I have highlighted “underserved”, which is, I believe, a candidate to become the Current Thing in the near future. A previous Current Thing, “LGBTQ+”, appears 17 times in this document about “Planetary Science and Astrobiology”.)

There is some stuff about science in there. Most interesting are recommendations for “New Large Missions” (emphasis in the original):

The committee prioritizes the Uranus Orbiter and Probe (UOP) as the highest-priority new Flagship mission for initiation in the decade 2023–2032. UOP will deliver an in situ atmospheric probe and conduct a multi-year orbital tour that will transform our knowledge of ice giants in general and the Uranian system in particular. Uranus is one of the most intriguing bodies in the solar system. Its low internal energy, active atmospheric dynamics, and complex magnetic field all present major puzzles. A primordial giant impact may have produced the planet’s extreme axial tilt and possibly its rings and satellites, although this is uncertain. Uranus’s large ice-rock moons displayed surprising evidence of geological activity in limited Voyager 2 flyby data, and are potential ocean worlds. UOP science objectives address Uranus’ (1) origin, interior, and atmosphere; (2) magnetosphere; and (3) satellites and rings. UOP will provide ground-truth relevant to the most abundant, similarly sized class of exoplanets. UOP can launch on an existing launch vehicle. Optimal launch opportunities in 2031 and 2032 utilize a Jupiter gravity assist to shorten cruise time; other opportunities from 2032 through 2038 (and beyond) utilize inner solar system gravity assists with an increased cruise time.

The second- highest priority new Flagship mission is the Enceladus Orbilander. Enceladus is an ice-rock world with active plumes of gas and particles that originate from its subsurface ocean. Study of plume material allows direct study of the ocean’s habitability, addressing a fundamental question: is there life beyond Earth and if not, why not? Orbilander will analyze fresh plume material from orbit and during a 2-year landed mission. Its main science objectives are: (1) to search for evidence of life; and (2) to obtain geochemical and geophysical context for life detection experiments. Commencing Orbilander late in the decade supports arrival at Enceladus in the early 2050s when optimal illumination of the south polar region begins. Should budgetary constraints not permit initiation of Orbilander, the committee includes the Enceladus Multiple Flyby (EMF) mission theme in NF. EMF provides an alternative pathway for progress this decade on the crucial question of ocean world habitability, albeit with greatly reduced sample volume, higher velocity of sample acquisition and associated degradation, and a smaller instrument component to support life-detection.

The recommendation for the Enceladus mission is to start work in fiscal year 2029, aiming to launch in 2037, 2038, or during the 2040s, with “Enceladus landing during favorable south pole illumination and Earth-communication conditions that begin in the early 2050s.” Here is the Planetary Science Journal paper proposing the mission, “The Enceladus Orbilander Mission Concept: Balancing Return and Resources in the Search for Life”, which envisions a 2038 launch on an SLS Block 2 for arrival at Enceladus in 2050.

Objectively, one might think that the greatest “equity” would result from an operational-at-the-earliest-possible-moment planetary defense system. Objectively, there is an impactor out there which will - if not deflected - one day cause human extinction. One might plausibly assert that building an extremely robust early warning system and the hardware needed to deflect impactors at the earliest possible moment easily supersedes all other space ventures. Watching the extinction event by a politically-satisfying “diverse” group of astronauts tenuously ensconced on the surface of Mars (or by probes around Uranus or Enceladus) would be a poor substitute for saving the entire population of Earth. We could even start by seriously hardening the electrical grid against the inevitable Coronal Mass Ejection, which is also surely coming. That would only kill off about 90% of the population in those countries like the US on the side of Earth facing the Sun when it arrives, which rely completely on electricity and electronic control systems for their very survival.

So much for our betters really protecting us, as opposed to working so feverishly to extinguish wrongthink. They are smart enough, however, to know that, when these actual disasters occur, there will be no constituency left to register any complaints, so no worry about these actual, inevitable, preventable calamities.