…has come ‘round again. Where do you dear polymaths stand on the persecution of the Templars, arrested en masse on Friday, October 13, 1307?

Do you know that as Jacques de Molay, the last Grand Master of the Templars, being lashed to the stake above the faggots at the tip of Isle de La Cité, called out to King Phillip, his minister, and the Pope: “Before the year is out, I will see you all before the throne of God!” and they all died within a year?

Do you know that when Louis XVI’s head rolled into the basket below the Guillotine, a French Freemason stepped forward, dipped his fingers in the King’s blood, and flicked it out over the crowd, calling, “Jacques de Molay, you are avenged!”

Mais oui, I’ll bet you polymaths do know all that.

Or had they succumbed to the Gnostic heresy?

(I think I WAS a Knight Templar in a former life. I made me a Halloween costume one year, complete with a shield emblazoned “Dieu le Veult” and when I put it all on it felt….so….good! )

Dunno. What I do know is that Robert Kroese’s three volume thriller work-in-progress, Cross-Time Crusade has the Knights Templar at the very centre of the plot. Here is a paragraph from the plot synopsis I quoted in a post about the forthcoming books here on 2022-09-22.

The Knights Templar have been shrouded in mystery since their inception. Who were they, exactly? Why was the order formed? What was their role in the Crusades, and what were their relations with heretical groups like the Cathars, the Arabs and Turks who fought with them for control of the Holy Land, and the mysterious order known as the Assassins? What was the reason for their sudden betrayal, persecution and dissolution? Was there any truth to the charges of heresy or worship of a demonic entity called Baphomet? And most pressing, have the Templars survived in some form to the present day?

Where do you dear polymaths stand on the persecution of the Templars, arrested en masse on Friday, October 13, 1307?

Knights Templar arrested en mass? Those guys had the Medieval equivalent of the Second Amendment. Why would they submit to being arrested instead of lopping off the heads of their would-be arrestors? Obviously I know nothing about the end of the Knights Templar, but would be delighted to learn more.

That is exactly the question, Gavin: why DID they all, members of a military order, just submit to arrest? Of course the individual knights wouldnta known the raid was directed at everybody in the Order; maybe they each thought, there must be some mistake and it will be cleared up in a few days.
The motives of King Phillip the Fair and the Pope are comprehensible of course: the Knights were too wealthy and powerful. They practically invented banking: their raison d’être was to protect pilgrims to the Holy Land, and they developed a system whereby the pilgrims could deposit money in the vaults of the fortified Temple in Paris or London, and withdraw it locally when they got to Jerusalem; they didn’t have to risk being robbed of it on the trek.
Many of them confessed, under torture, to the same blasphemous and pornographic practices, but this may have been (IMHO was) due to the pattern of the interrogator/torturer’s questions.

There is a legend among the Freemasons that some of them escaped Paris in a wagon (haywain) and fled to Scotland, where the papal writ did not run because Robert the Bruce had been excommunicated. Indeed, at Bannockburn (1314) he was relieved by a “mysterious” regiment with black and white banners (like the Templar banner.)

Some of them went to Portugal where the king said he wouldn’t persecute them if they changed their name, so they became the Knights of Christ. In Tomar, there is a small chapel,which is a replica of the Crusader church at the Temple Mount in Jerusalem.
Freemasons believe they are the Templar’s heirs, and that the Knights were only one manifestation of a brotherhood which has existed ever since the building of Solomon’s temple. (Check out my fave movie, “The Man Who Would Be King”.

Oh bother, Hypatia! The stack of books which are screaming out to be read already exceeds my likely remaining days on this Earth – and now I will have to dig out some books on the Knights Templar and learn more about them. Thanks! And I mean that sincerely. If you have any recommendations, please fire away.

The motives of King Phillip the Fair and the Pope are comprehensible of course: the Knights were too wealthy and powerful.

Strange. In our own sadly reduced times, political leaders bend the knee to the wealthy & powerful. Maybe the Knights Templar were simply too upright to invent kickbacks as well as banking?

No I think they were just too powerful. I read that just before this happened the King, or maybe the pope,no probably the king, suggested that they merge with the Knights of St. John Hospitallers. They said they didn’t think that would work out because both orders were so aggressive, so militant! That was just what his majesty didn’t wanna hear….
Umberto Eco wrote in one of his books, I think “Foucault’s Pendulum”, “Sooner or later, every lunatic brings up the Templars.” C’est moi!
Which makes it hard to recommend a book, because. Lot of the stuff written bout them is bat-guano crazy, pro or con, like Dan Brown or “Temple and Lodge”, or Lawrence Durrell’s “Monsieur”. And I’ve read so much over the years from so many sources. If I think of a good straightforward history, I will update this.

But, as you will surmise, what happened on Friday Oct 13 1307 is the reason Friday the Thirteenth is considered unlucky.

Friday, Oct. 13th, 1307 was bad luck for the patsies. According to Wikipedia (which is sometimes accurate) Templar is said to been derived from the first headquarters of the Knights Templar, on the Temple Mount in Jerusalem. 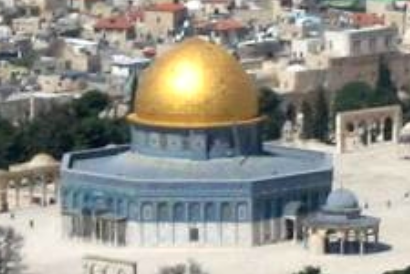 Did clever Templars escape, and leave their octagon temple heritage for a future temple in the New World ???

You are gooooood, ra! That’s the spirit!

Maybe we should try more general Crusades history for an objective look at the Templars. How about Raymond Ibrahim? A couple of books I am supposed to be reading are his Defenders of the West and Sword and Scimitar.

Victor Davis Hanson interviewed Ibrahim on his podcast, The Victor Davis Hanson Show, on August 10, 2022. What a great conversation. Ibrahim discussed his own background, his scholarship, and in particular his latest book, Defenders. It was delightful to learn that RI is a former student of VDH.

Oh yes, thanks @jzdro ! Ibrahim is great, I read a lot of his articles on American Thinker.

Speaking of knights, a novel about a medieval Hungarian knight, Abafi, has inspired Nikola Tesla, who wrote:

This work somehow awakened my dormant powers of will and I began to practice self-control. At first my resolutions faded like snow in April, but in a little while I conquered my weakness and felt a pleasure I never knew before - that of doing as I willed.