Identifying “Extremes” in the Mainstream Media

In my 2008 project, “Monkeying with the Mainstream Media”, I described how mass media outlets manipulate language to promote their collectivist agenda and provided an installable browser extension to mock and poke a finger into the eyes of the purveyors of slaver cant. For example, here are “Love and Hate” words used to tilt the perception of the reader in biased reporting, which the extension would highlight. 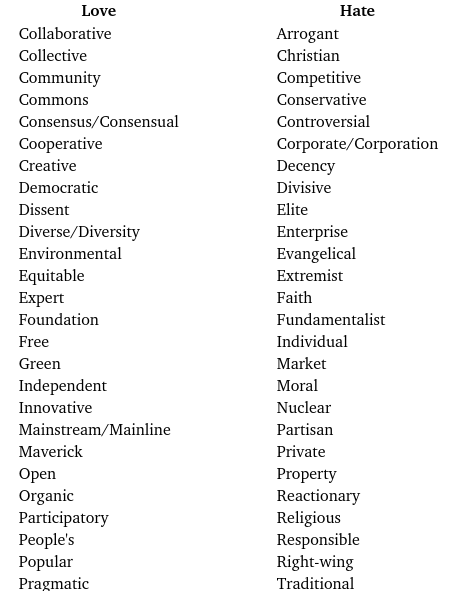 Now, David Rozado and Eric Kaufmann report a study, “The Increasing Frequency of Terms Denoting Political Extremism in U.S. and U.K. News Media”, of more than 30 million articles in 54 U.S. and U.K. media outlets, tracking the prevalence of ideologically-charged terms. Here is the abstract, emphasis mine.

Here is a chart of the frequency of terms denoting far-right vs. far-left for a selection of U.S. and U.K. media for the period 2000 through 2019. 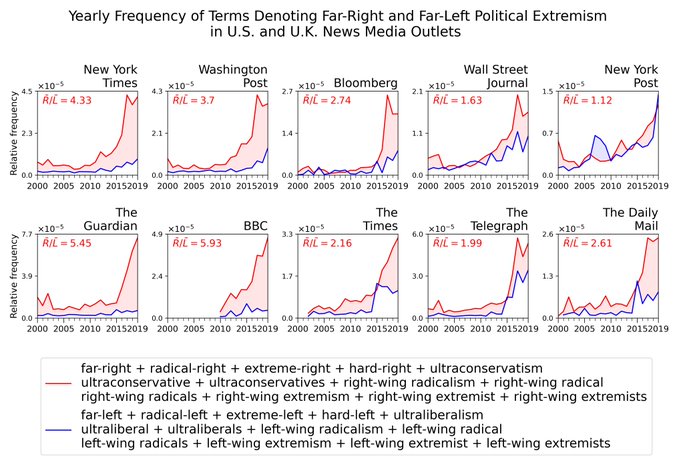 Here is a broader sampling of U.S. media, showing how terminology used to denote “extremism” aligns with the ideology of the outlet, most of which are leftist. (Click image to enlarge.) 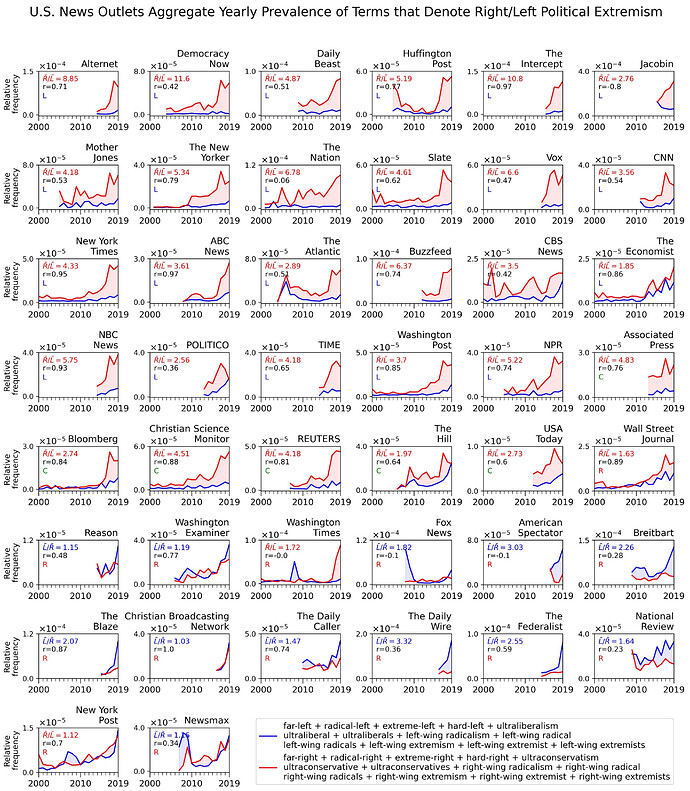 The mainstream media are the enemies of liberty and prosperity, and they’re twisting words to enslave you.