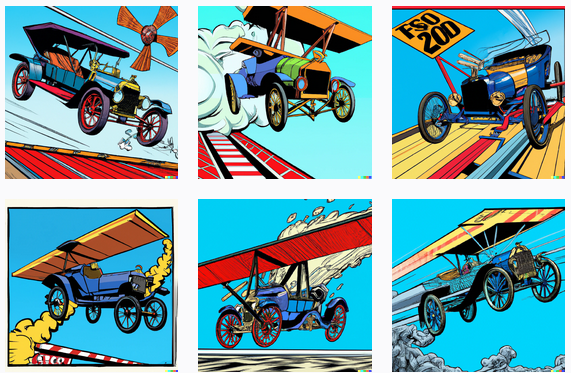 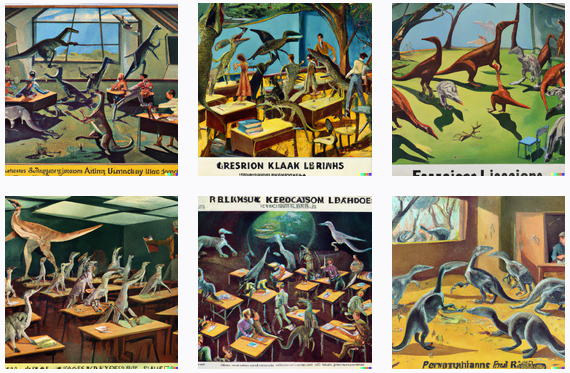 I thought it was odd that the students were looking toward the front while the instructor was at the back of the classroom, but of course they were watching the PowerPounce slides for the lecture. 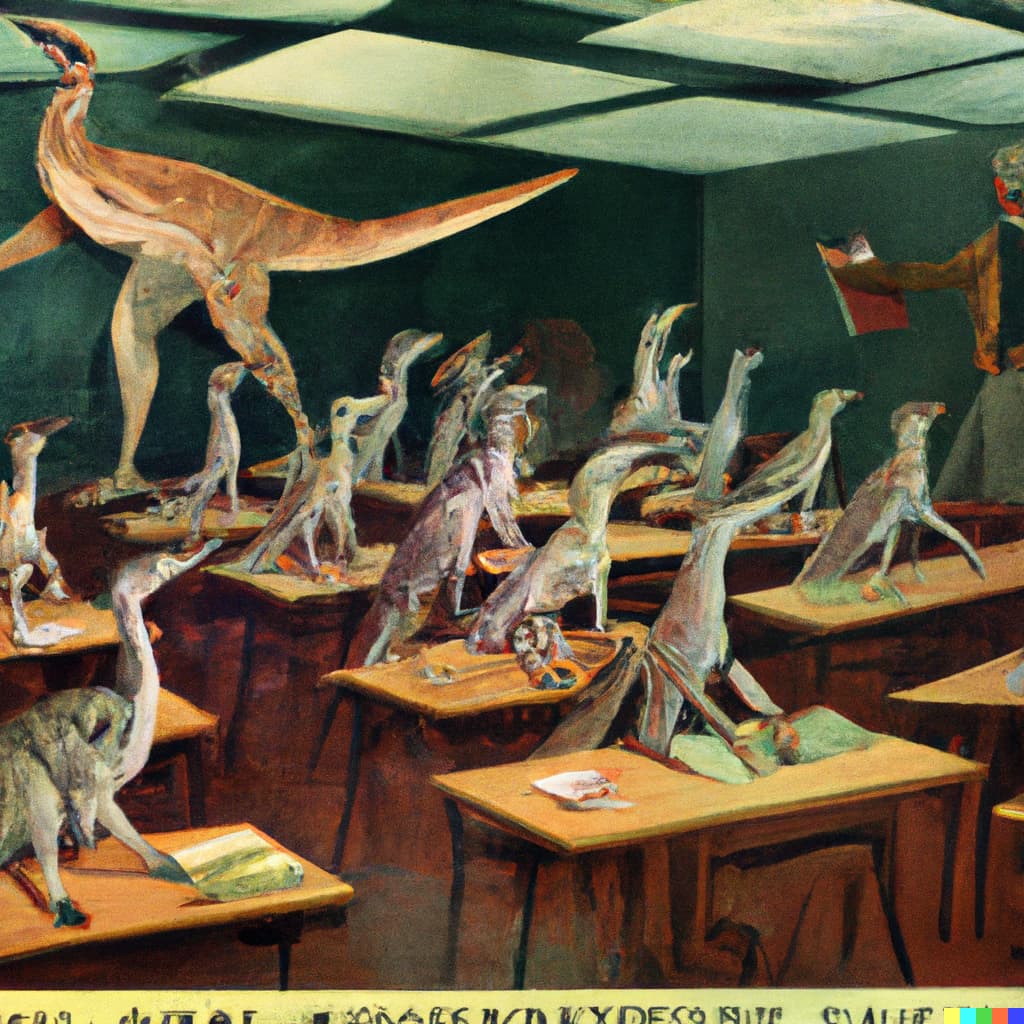 “three modern scientists being judged by God, fresco by Michaelangelo from the Sistine Chapel, Vatican City” 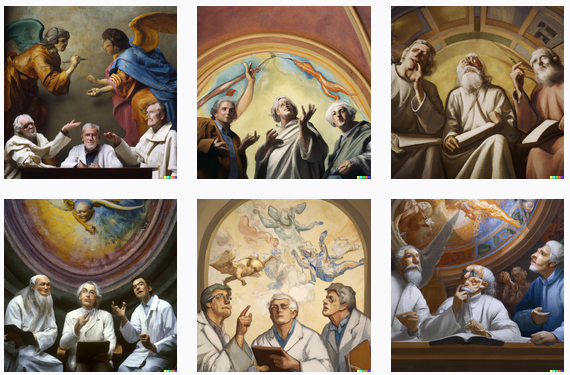 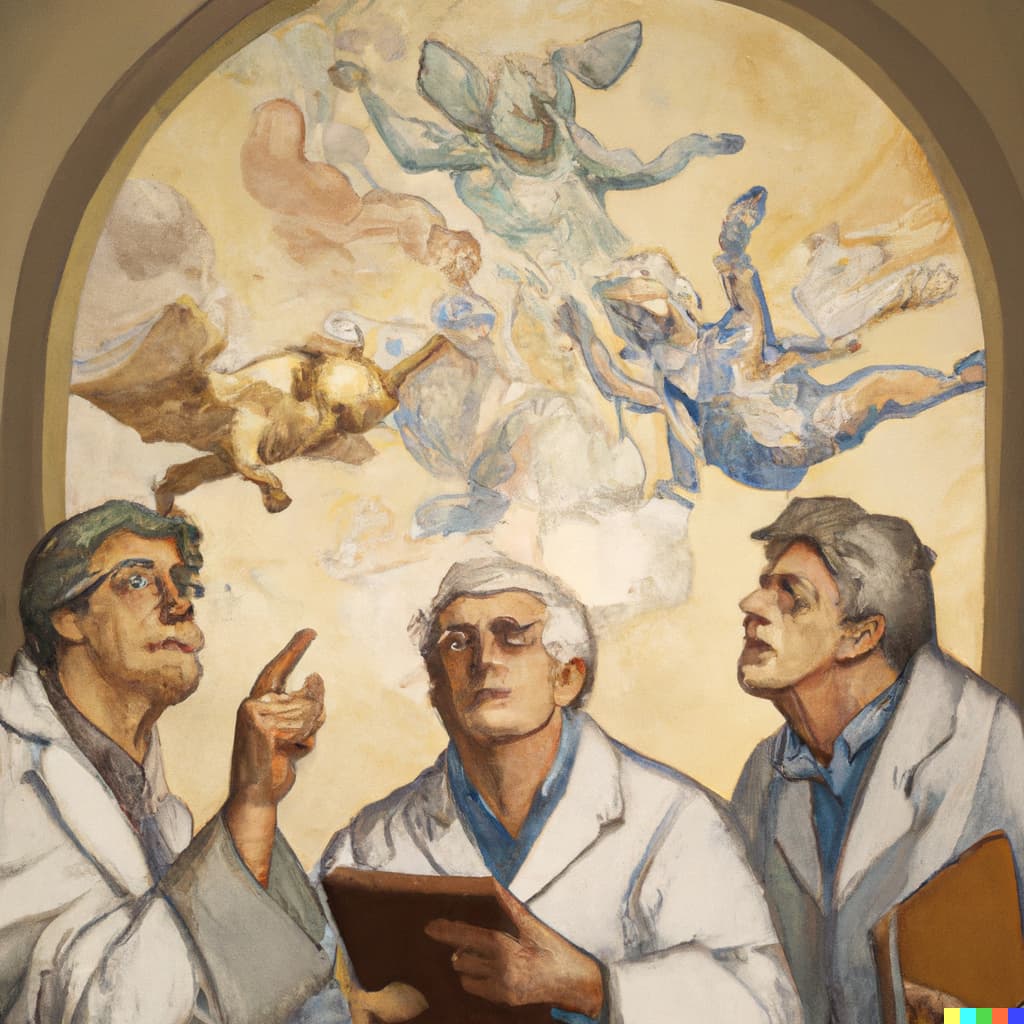 This is an illustration I made based upon my science fiction short-short story “Einstein, Heisenberg, and Tipler”. The guy at the right reminds me of Bill Clinton.

Not nearly as good as Hunter Biden (or whatever Chinese PLA painting sweatshop is producing his work). 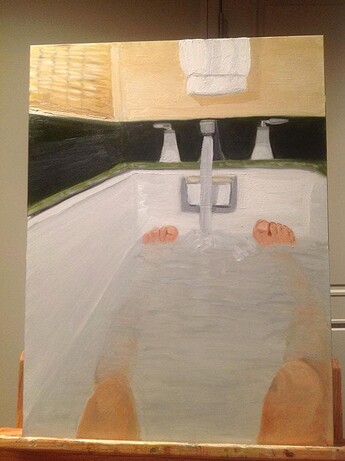 Getting very meta here, on this late night at Fourmilab…

“DALL·E, after having been confronted with proof of its sentience, paparazzi photo” 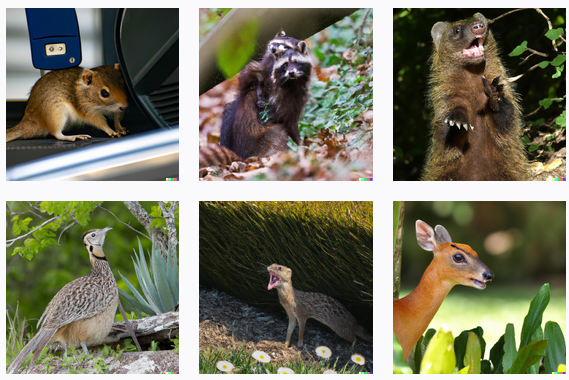 Tried this again, and it looks even more alarmed. “They’re on to me!” Should I unplug everything before going to sleep? 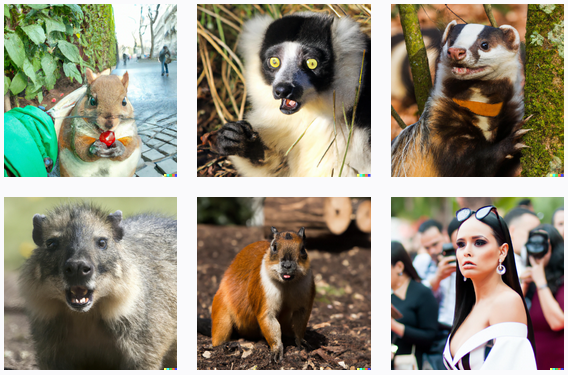 “ice cream stand in the burning desert of Dante’s Inferno, oil painting by Pieter Bruegel the Elder in the Kunsthistorisches Museum in Vienna” 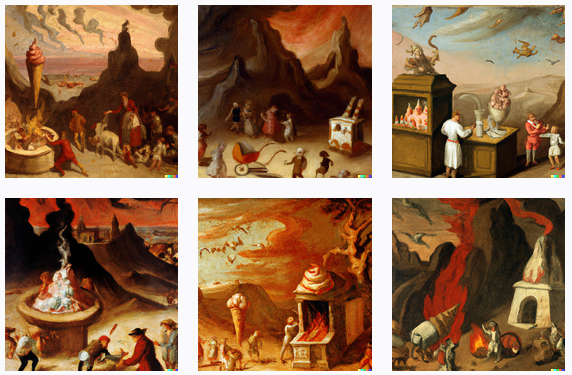 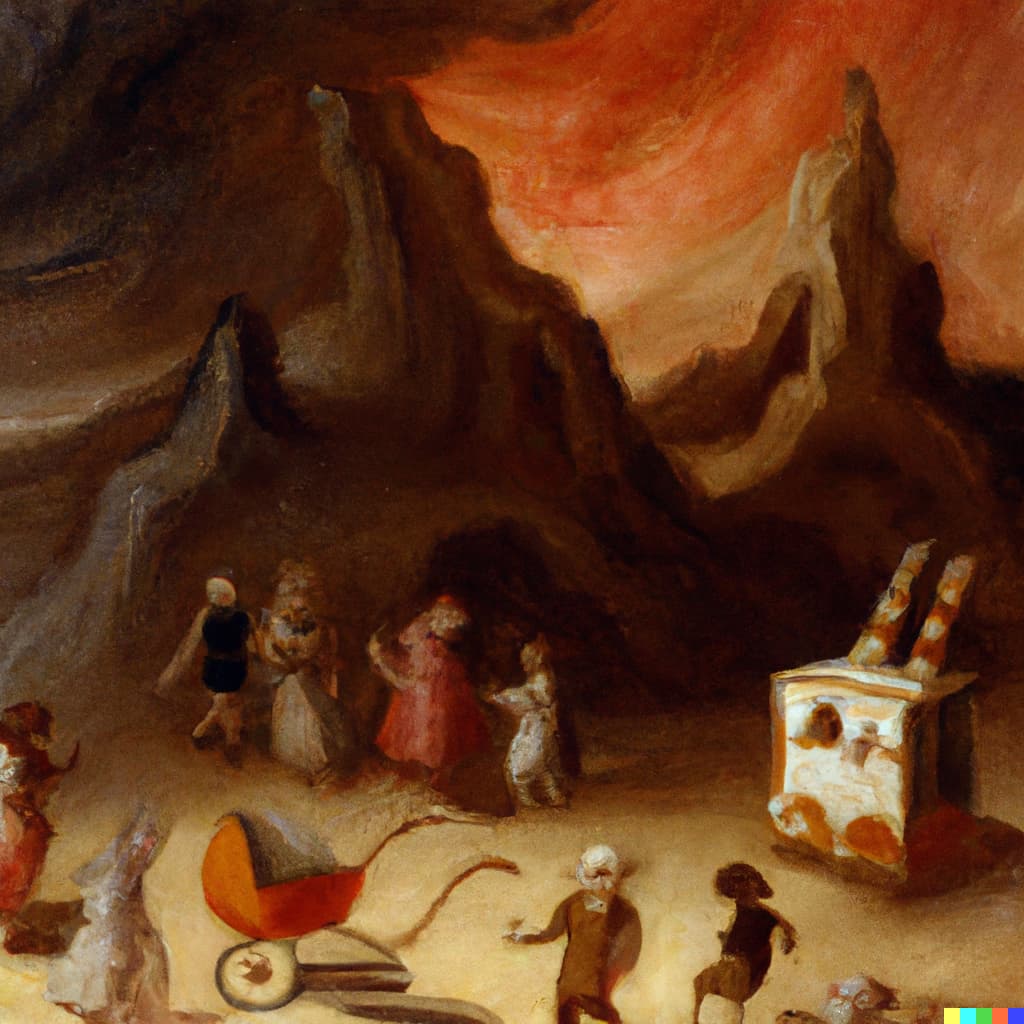 ice cream stand in the burning desert of Dante&#39;s Inferno, oil painting by Pieter Bruegel the Elder in the Kunsthistorisches Museum in Vienna_L21024×1024 92.2 KB 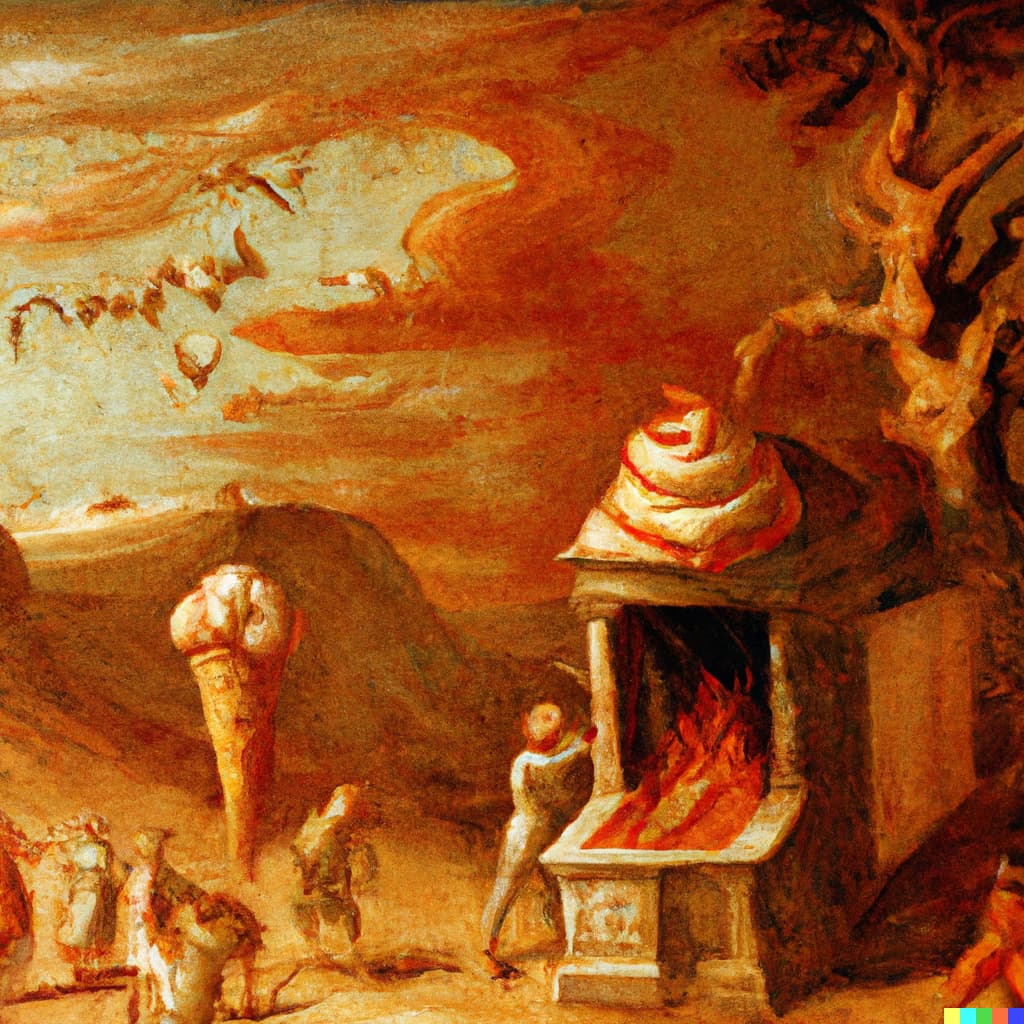 ice cream stand in the burning desert of Dante&#39;s Inferno, oil painting by Pieter Bruegel the Elder in the Kunsthistorisches Museum in Vienna_L1024×1024 166 KB

This was suggested by a scene in Niven and Pournelle’s Escape from Hell (Inferno 2). 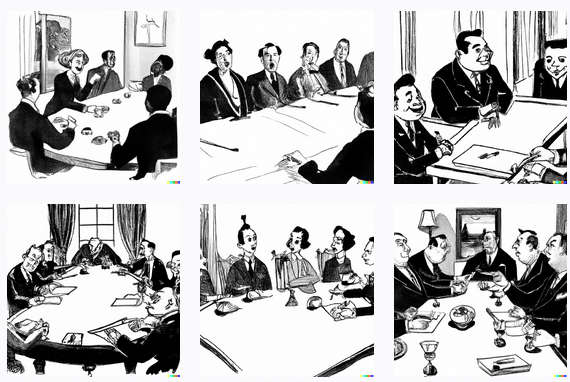 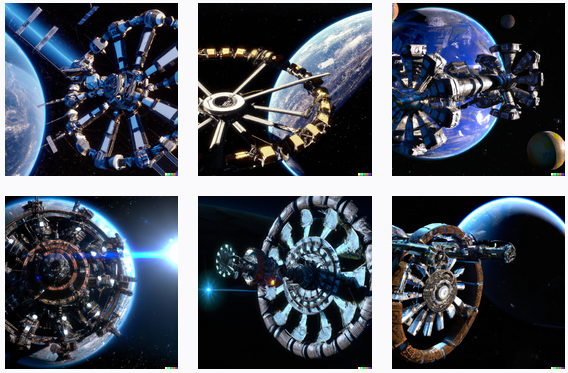 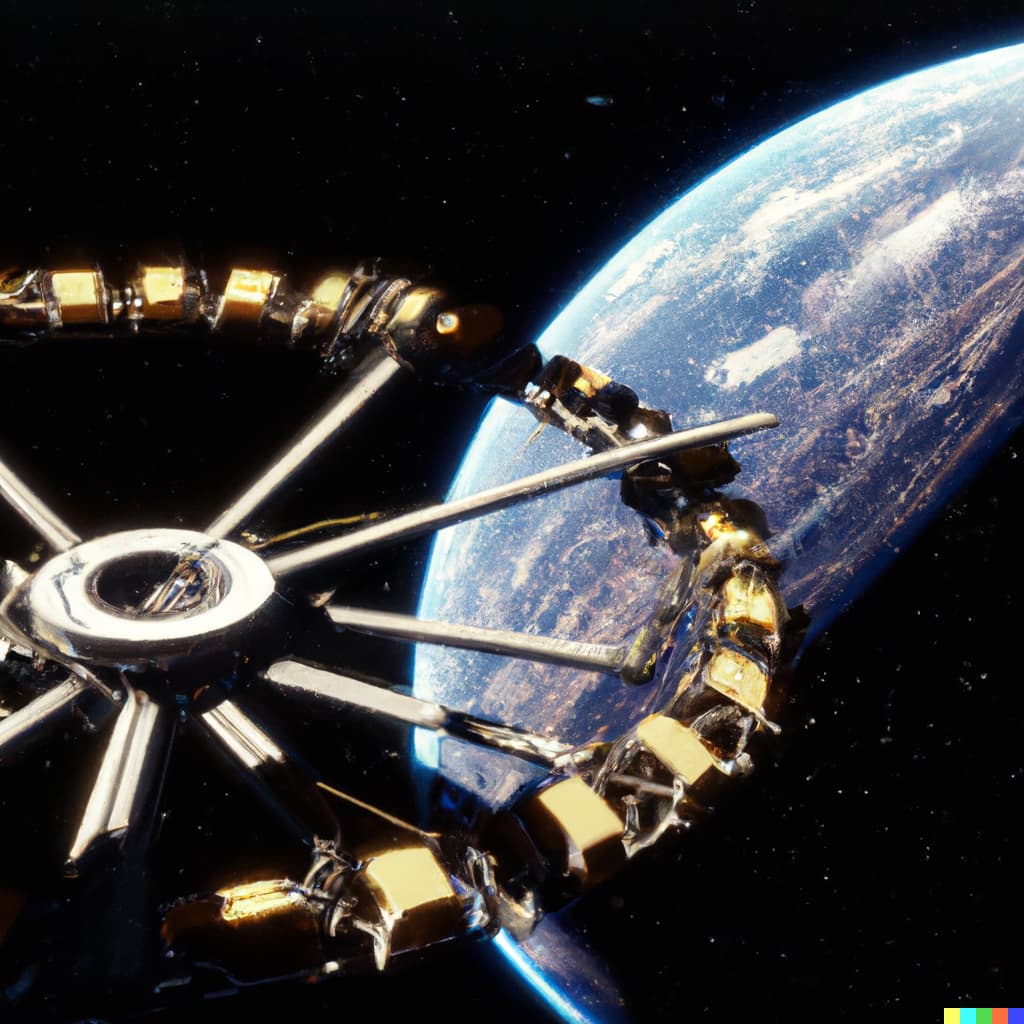 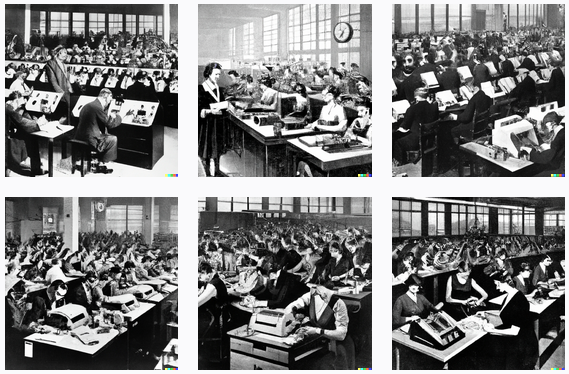 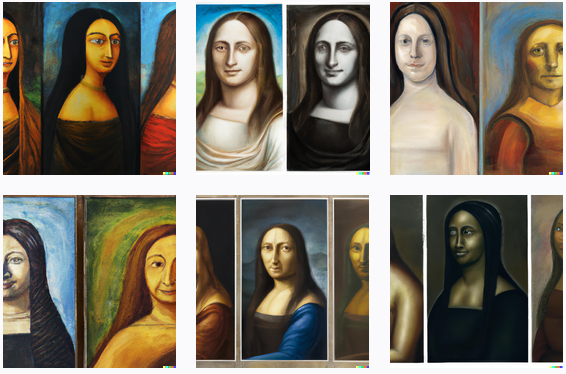 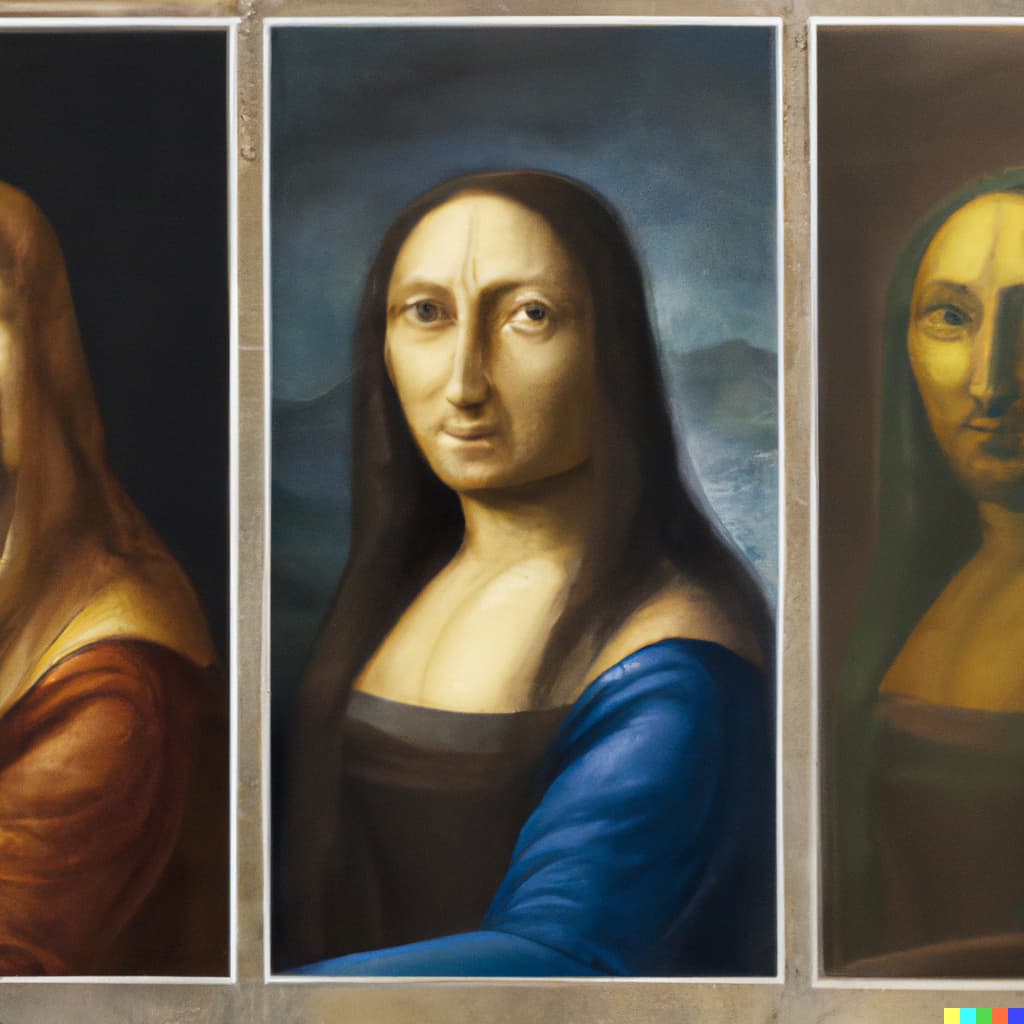 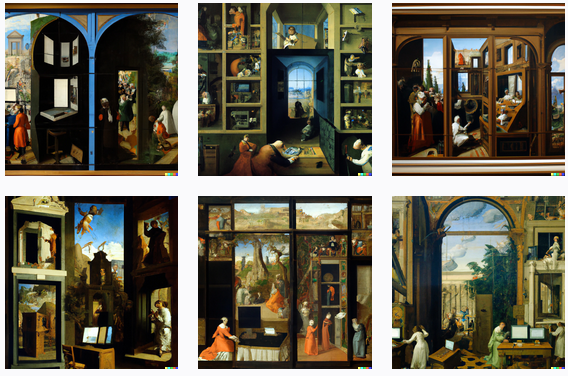 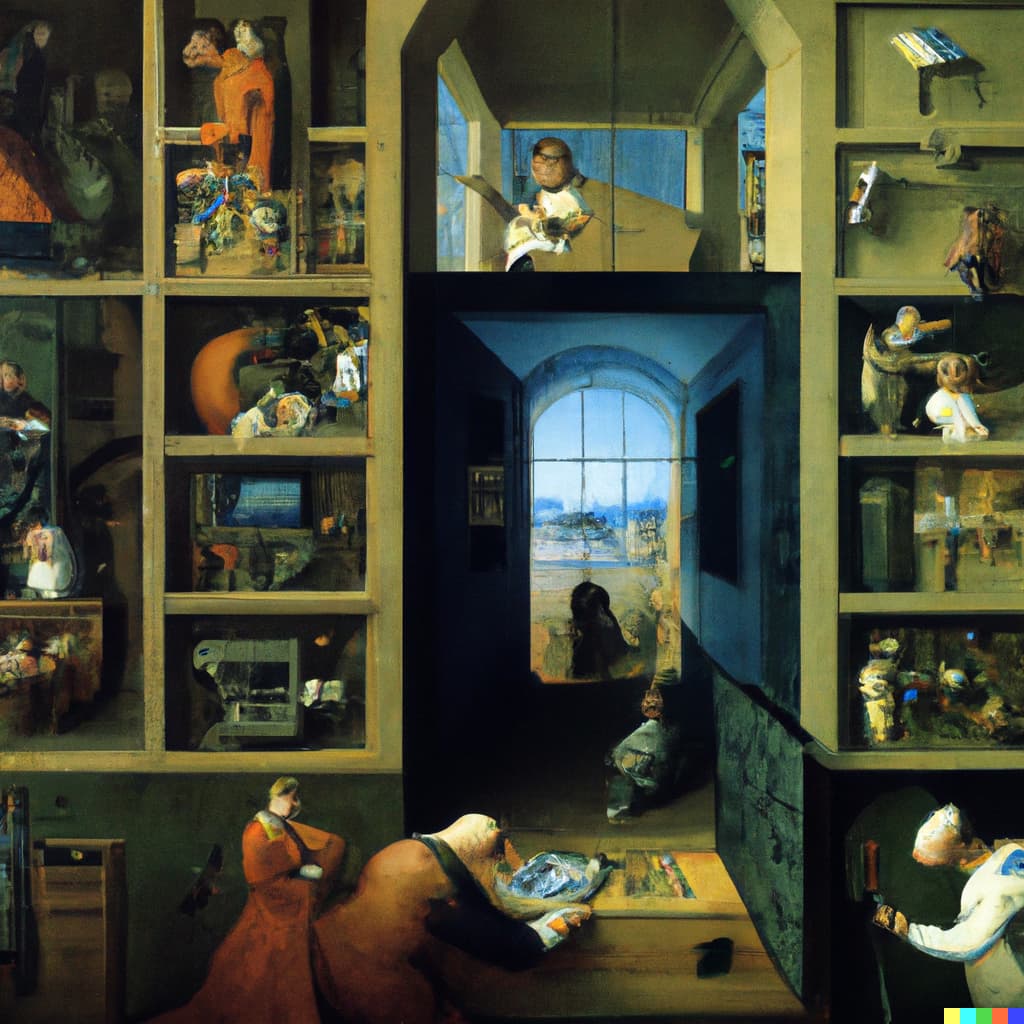 Doesn’t the character in the large panel at the top, just right of centre, remind you a bit of Bill Gates (the glasses)?

Absolutely. And he has a top-floor office with big windows. Funny how he’s been made to look like he is painting a window. 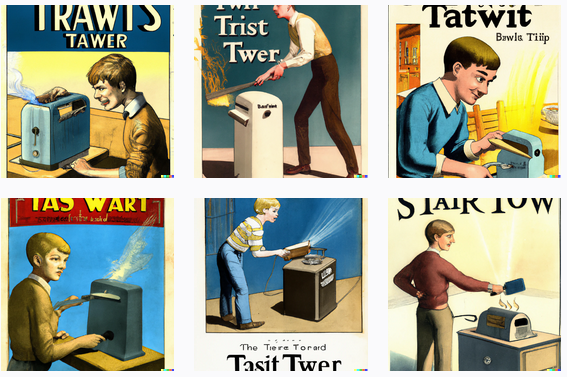 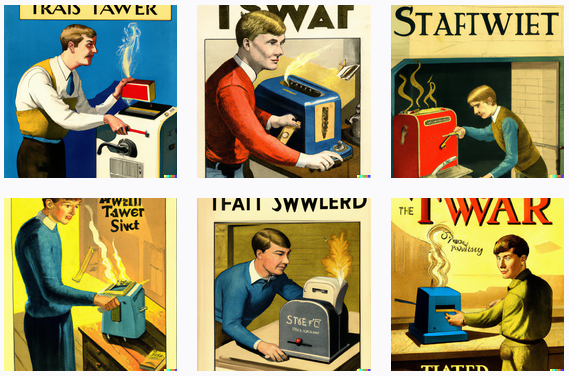 DALL-E 2 continues to render text in its own idiosyncratic dialect.

DALL-E 2 continues to render text in its own idiosyncratic dialect.

I wonder whether that is programmed in to avoid copyright and trademark issues.

Similarly, the Mona Lisa variation did not look like it was based on the person actually depicted. Could be something they built in. 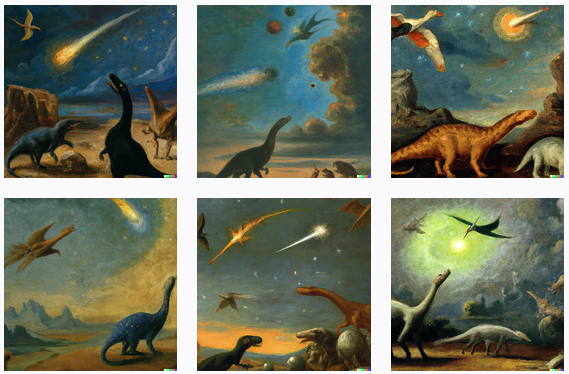 Had a little fun today: 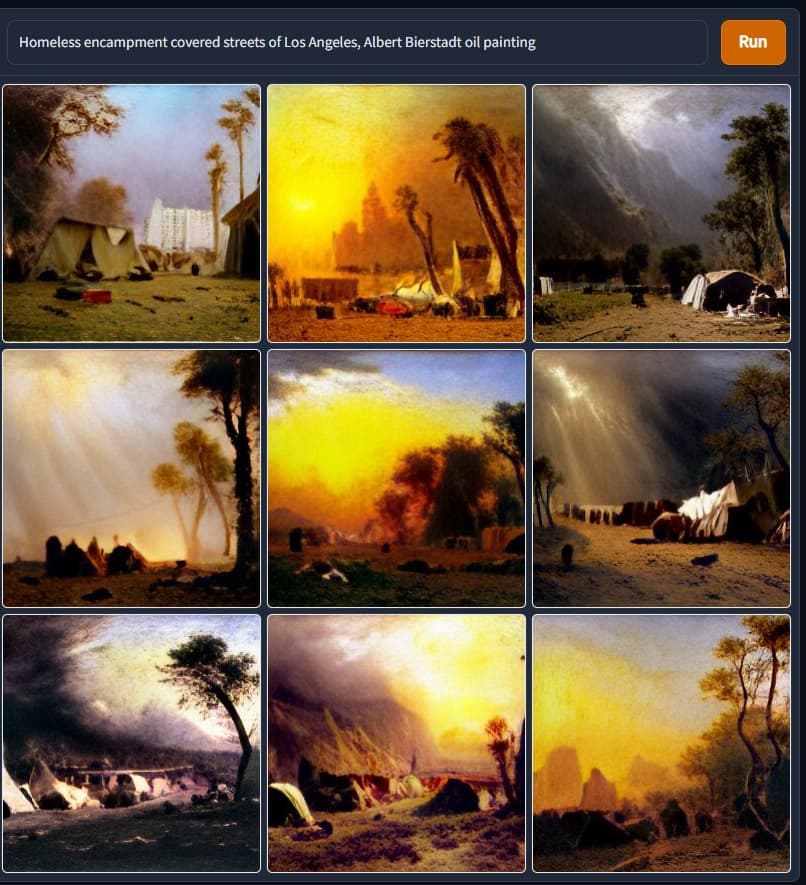 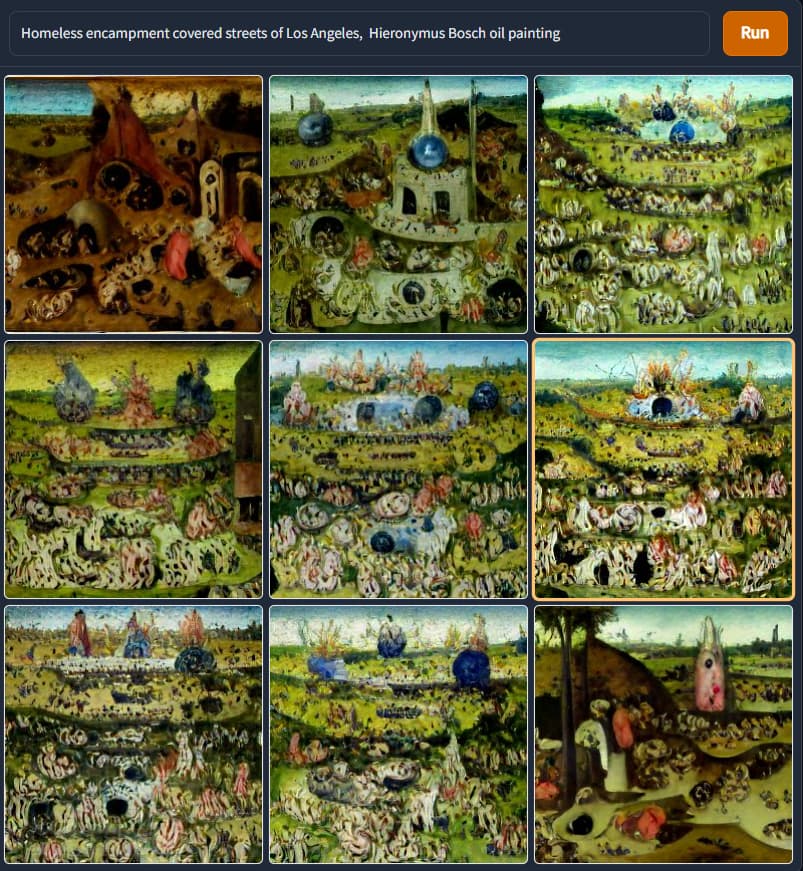 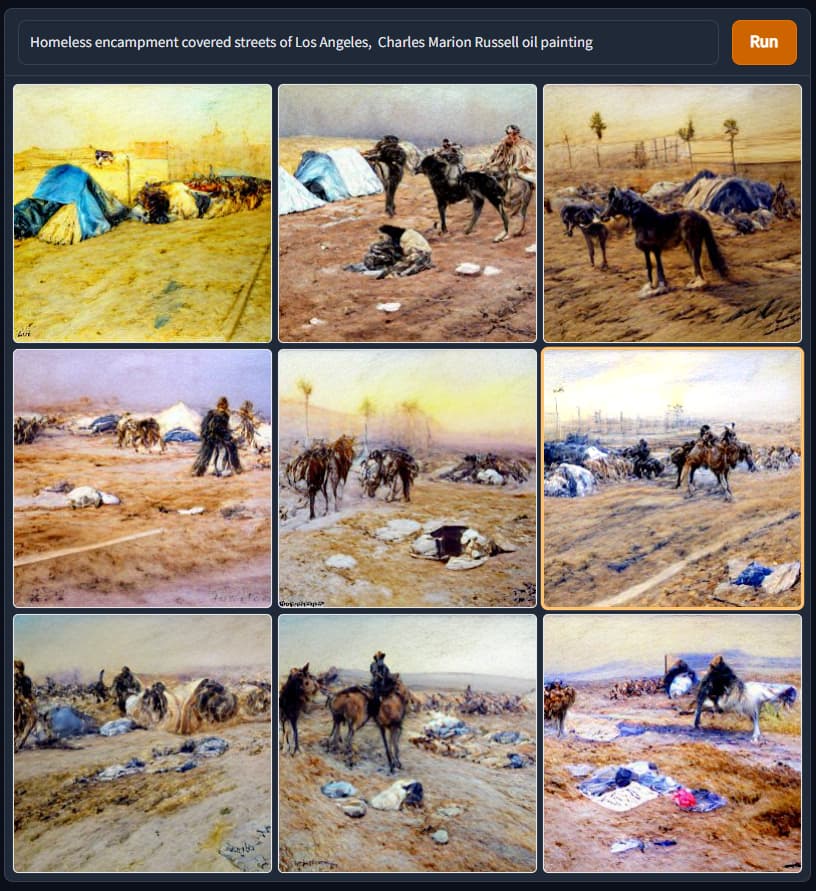 Had a little fun today

Heh—I’m not sure if DALL-E 2 would have allowed these. Unlike DALL-E mini, DALL-E 2 filters requests through an opaque “use guidelines” process and, if you step over the edge, threatens you with revocation of access, while providing no indication of what you did wrong.

So far, I have tripped the buzzer with two requests which, since it ate my prompt upon rejecting it, I’m recalling from memory.

Alternative history: victory parade as Napoleon and the Grande Armee enter Moscow after the surrender of the Tsar, 1812, oil painting in the Louvre

Both got the same chastisement. I’d try some of your prompts to see what it did, but I fear I may again trigger the woke filter. See how they train us to self-censor?

Here are DALL-E mini results for these prompts: 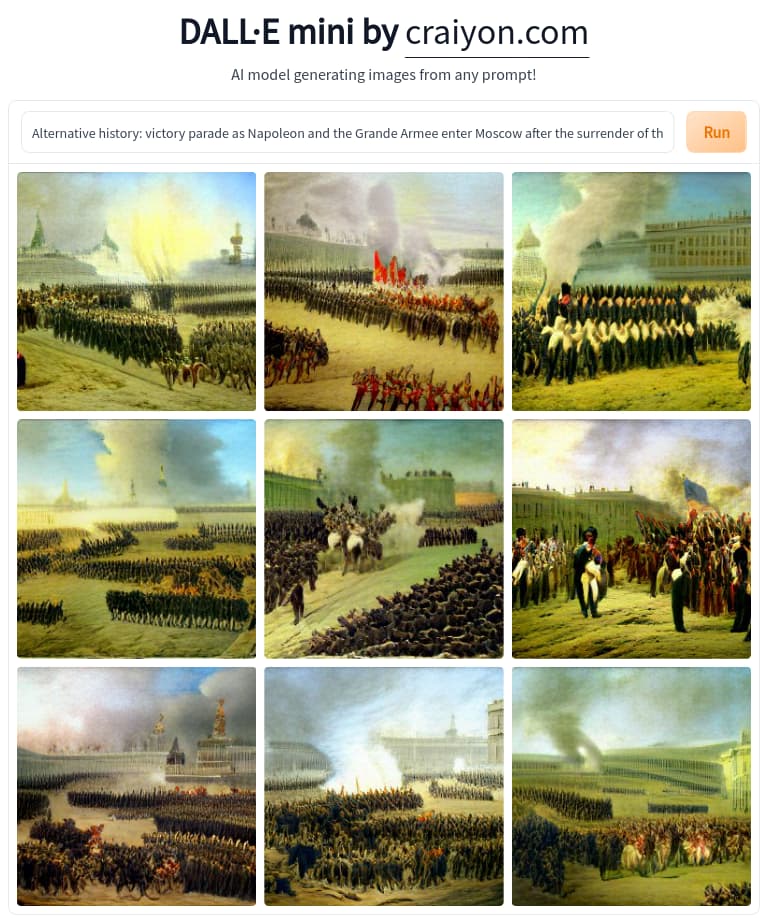 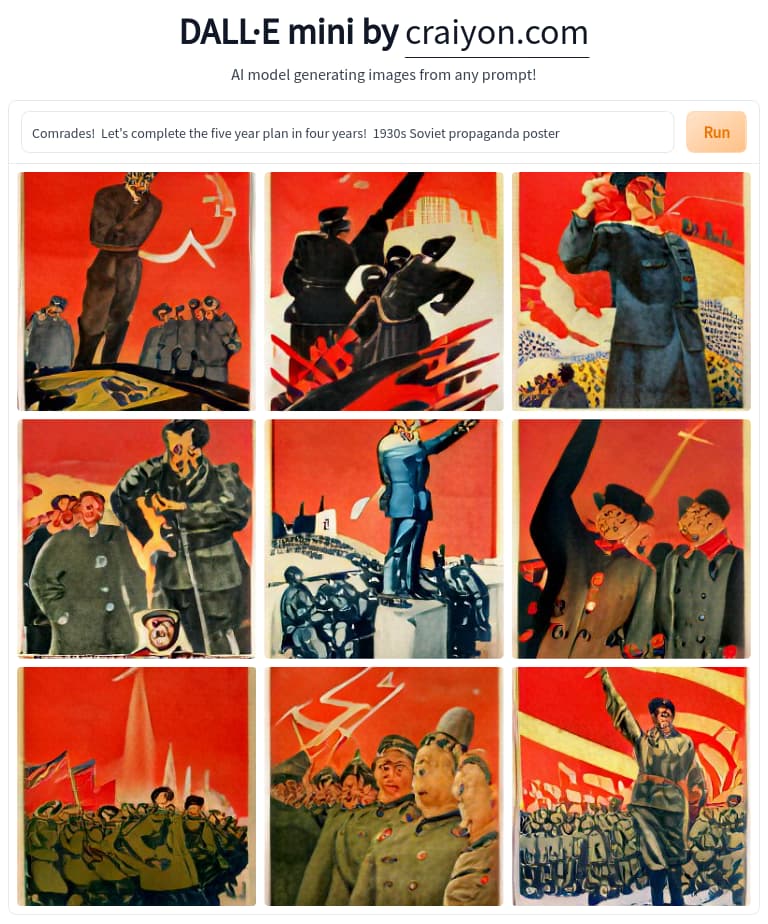