Long before Silicon Valley cut down orchards to erect semiconductor fabrication plants, woke software companies, and twee shopping centres catering to the venture capitalists, lawyers, and grifters that swarm like flies around them, the San Francisco Bay Area was already home to those who thought big, if not entirely all the way through their plans. While it’s hard to top Norton I, Emperor of the United States and Protector of Mexico, John A. Morrell’s ambitions in the nascent field of air transportation were big, if not well-grounded in reality.

In 1907, just four years after the Wright Brothers made their first flight, Morrell founded the National Airship Company, whose prospectus declared its plan to build an airship named Ariel, which was to be “1250 feet long, 64 feet in diameter” and “carry 500 passengers and 40 tons of mail from New York to London at an expense of $875 in 24 hours”. Note that flying the great circle route from New York to London in 24 hours implies an average speed of 144.5 miles per hour, when in 1908 the air speed record stood at 32.73 miles per hour and to this day, in 2022, the speed record for lighter than air craft, set in 2004, stands at 71.5 miles per hour.

While raising money for his company, Morrell made claims that would make a Silicon Valley start-up promoter blush, saying he had already built “17 (demonstration) airships and 6000 gas balloons”. In fact, he used the money raised from investors to build the first two prototypes, both of which crashed spectacularly, the first after breaking away from its moorings and drifting away down the San Francisco peninsula unmanned, and the second which broke up shortly after taking off from Berkeley, California, injuring sixteen of the twenty-two on board, five of whom were stowaways. 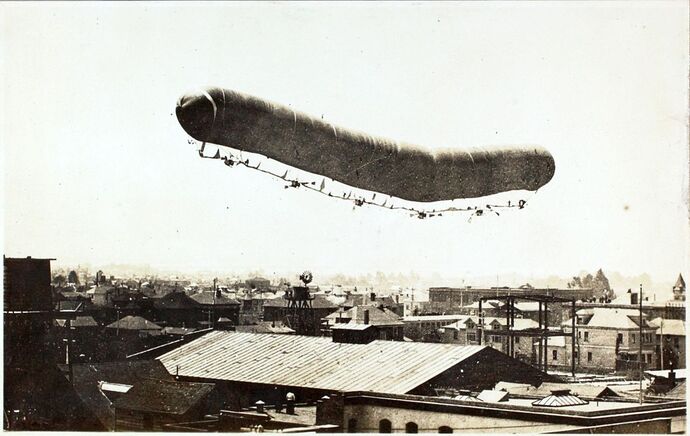 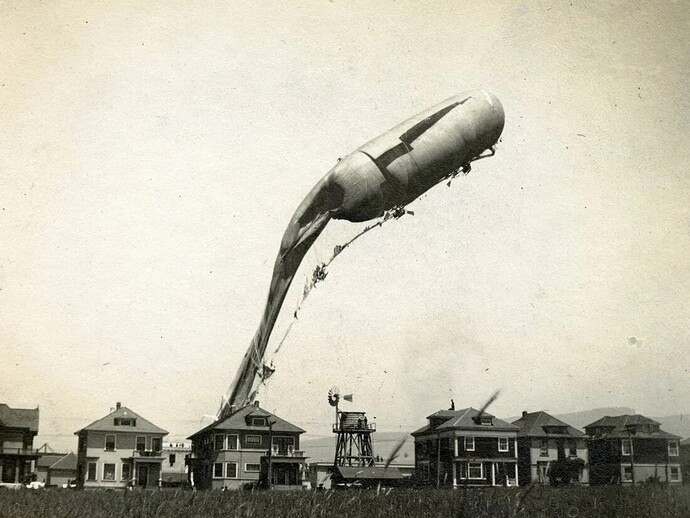 Morrell’s company collapsed amidst claims of fraud and embezzlement. To this day, nobody has built an airship anywhere close to as large as Morrell’s Ariel was supposed to be.

Here is more about the Morrell Airship.