I have seen so far today several pieces in “rightwing” media discussing a New-Right. First over at Ricochet, there is this piece calling for an end of conservatism and the beginning of restorationism. Then at Ace of Spades I saw a link to a piece at the Federalist about the end of Conservatism. Finally, Rod Dreher over at The American Conservative, he links to I believe the same story as that which was linked at Ace of Spades but Rod adds this to his thoughts about that piece: “We have gone in a short period of time from an era in which the Right saw the State as the enemy, to an era in which the only major institution of American life where the Right can exert any influence is over, yes, the State.”

I am highlighting that quote from Rod because I think it is a profound statement for those of us in the liberty movement to contemplate. First of all, what is it that the liberty movement seeks to be liberated from? Well, simply put The State. Second, how does one go from seeking complete and total separation from the State to seeking complete and total influence over the State? This is what I find compelling.

I think those of us on the Right, for the most part, have become so wrapped up in our disgust with the State that we decided, instead of trying to refurbish it with first principles about liberty, that we would just ignore it, ostracize ourselves from it, and surrender it to the Left. Unfortunately, as was done to the entertainment industry, the legal industry, and hell even the professional sports industry, once surrendered to the Left they use it to torment us thereby compounding our dislike of the State.

We must learn to accept that our only hope of preserving something resembling freedom is to take the instrument–the only instrument–in society that we have any influence over and use it against the Left. Does that mean we conduct law-fare against the Left as they have done so far to the members of the Right? Yes!! Hell yes!! Where the Left has broken the law, we should be punishing the crap out of them. Throw out the window any sense of modesty or comity and start hammering them down like they are doing to us. Except in we have the legitimate Truth on our side. They want to throw Bannon in jail for 4 months for refusing a Congressional subpoena? Fine, then we throw that FBI schmuck in jail for 4 months for refusing a Congressional subpoena. They want to do raids of former presidents’ homes for having “government documents” stashed away? Fine, I know a place in Martha’s Vinyard that might need to be combed through.

I think the way forward for the new Right is to exert onto them 10 fold what they exhibit toward us. If that means escalating this to the point of political warfare, well they called the tune. They put the quarters in the juke box. I say we dance. This is the government they wanted so let’s give it to them good and hard. 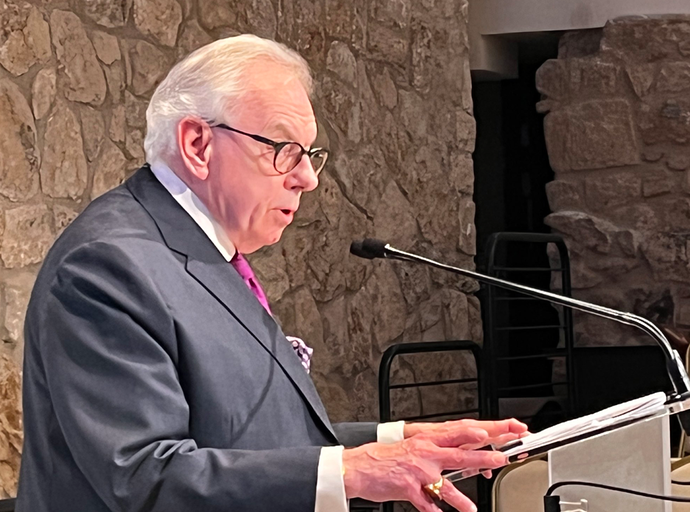 The End Of Conservatism? Or Birth Of A New Right? - The American Conservative

The conservative parties in the UK and US may be ideologically moribund, but there's tremendous intellectual ferment on the American Right

A year ago last August I announced my candidacy for Iowa’s 3rd Congressional District on a single plank platform: I would vote the way my constituents told me to vote via their publicly auditable, transitive proxies, and I developed an interactive voice response system to parse the voter registration updates from the Iowa SoS, doing phoneme recognition on names, streets, cities, counties, etc. in all sorts of combinations, as well as phone numbers, to make it easy to use. Lots of work.

Why do all this?

Why didn’t I run?

Well, aside from it breaking me financially, and aside from the fact SHAKEN/STIR got delayed for caller id attestation of incoming calls and aside from the telecom provider getting hit with a series of DoS attacks starting shortly after my announcement – on New Years Eve 2021, my wife entered an extended end of life hospice.

But now, due to the Ukraine conflict that has brought us to rung 20 of Kahn’s nuclear escalation ladder, my priorities have shifted to preparing for social collapse clear down to the local level.

A complete rout of Republican leadership at state and fed level is necessary for this to ever become reality. The Rot is complete . I can only think of about 3 people at the fed level that would not be a road block to return fire.

And at the state level. Why is DeSantis the only one behaving like a Republican Governor. This highlights the degree of Rot.

, my wife entered an extended end of life hospice.

Thank you for this, from which empathy naturally flows. Your tribute poignantly encapsulates the path of young hope and beauty as well as young love - followed by inevitable loss. The fleeting nature of life and the loss of loved ones are mysteries I cannot penetrate. I wish I had the faith of some I know, for whom it seems more comprehensible.

Y’know, it might happen. I remember a Saturday night Live sketch from decades ago parodying Jeopardy, something like: the answer Is, terrorist group that tried to storm the Capitol and bring down the government. What is the question? Correct answer: who are the young Republicans?.
Thanks for this Robert, and God prosper you.

We should all be very greatful that – for most of our lives – we lived in a world where there was a lot of freedom in choosing what to do & where to go, and in a world which was sufficiently advanced to do such impossible things as landing rovers on Mars. It was fun & interesting, and now it is coming to an end. No point in shedding tears over what is going to happen when instead we can smile about recollections of what actually did happen.

We are facing two unattractive alternatives. Either Biden*'s handlers will stagger into a civilization-destroying global thermonuclear war, or the decades of more lawyers, more regulators, & more money-printing will end in a catastrophic economic collapse. It is up to each of us to make the most of the time that remains.

There is no point in putting hopes in reforming the Republicrats or the Conservatives. They are in the pockets of the enemy and very resistant to change. Grass-roots efforts to reimagine the Right simply do not have enough time to be effective. A historical example would be the politics of Scotland, where the Labour Party had ruled the roost for generations. Finally, the Scottish National Party succeeded in sweeping Labour out of power – but that was at the end of over half a century of dedicated grass-roots efforts in the face of repeated & often discouraging political setbacks. In the United States and the West generally, we simply do not have a half century (two or three generations) to effect change in today’s failing Right.

In the United States and the West generally, we simply do not have a half century (two or three generations) to effect change in today’s failing Right.

The situation in the U.S. and most “developed countries” is precisely the same as in companies in “mature industries" which felt themselves so secure they had no need to innovate or worry about competition. I recall a senior executive from AT&T in the mid 1970s, when the “Bell Bill" proposed to make Ma Bell a recognised “natural monopoly”, forecasting that some time in the mid 21st century long distance calls would cost no more than local calls. Well, here we are, and they don’t, and we also have picturephone and video pocket communicators. But no thanks to AT&T. No, what happened is that disgruntled people dissatisfied with the rate at which the monopolists dribbled out innovation quit their jobs and started companies to render the dinosaurs impotent and obsolete.

Why doesn’t anybody think about this when it comes to countries? The Network State provides a guide how to do to the sclerotic welfare/warfare/funny money Westphalian nation states what packet switching technology did to the phone company.

The U.S. Declaration of Independence includes its own “flight termination system”:

Governments are instituted among Men, deriving their just powers from the consent of the governed, — That whenever any Form of Government becomes destructive of these ends, it is the Right of the People to alter or to abolish it, and to institute new Government, laying its foundation on such principles and organizing its powers in such form, as to them shall seem most likely to effect their Safety and Happiness.

This is often assumed as requiring a rebellion to overthrow an existing government and, indeed, that is often what has happened. But that needn’t be the case. Just as a few bright people walking out of a senescent corporate monolith to set up shop in a store-all down the street have brought down seemingly eternal “natural monopolies”, people simply saying “I do not consent” and building alternatives to the institutions of serfdom that work better for those who voluntarily opt in to them can bring down continental-scale, railroad era, resource extraction empires.

We already have an alternative (actually, dozens) to their funny money. We have communications they cannot intercept, block, or impersonate. We have means of developing consensus and forming communities beyond their control. And they know this. And they are afraid. And they should be.

We need fear legacy coercive governance no more than we used to fear the Phone Company or IBM. It’s obsolete, and just hasn’t realised it yet. Let’s move up the date when everybody knows its age has passed.

Getting money right is really crucial – perhaps it is the most crucial issue since it largely determines the role technological specialization plays in wielding force.

There are, as I see it, 3 monetary layers:

By “territorial” I mean, jurisdiction over land. Until we get to deploying technologies like space habitats or the more immediate potential of ocean habitats, we’re stuck with jurisdictional conflicts over land value.

Intra-territorial money is land-value backed money held solely by neo-Westphalian jurisdictions that is used to fix the fatal flaw in the obsolete Westphalian order. That order, while it wisely allowed for assortative migration of populations and border enforcement (“vote with your feet”) to end the 30 Years War, it did not provide for a land-valuation measure to reallocate territory based on per capita census within the Westphalian regime. These neo-Westphalian jurisdictions minimize war over land value by bidding for land value based on their population sizes.

Local is whatever a neo-Westphalian jurisdiction decides it wants to use to price things for local transactions. Personally, I’d “vote with my feet” for jurisdictions using some variant of Property Money.

Interesting commentary because it is crucial to get the language correct, and if words or labels get corrupted, then we must seek a new, true path and blast through obfuscation. One danger is that we can too easily conflate the political realm with the State. One is the path to the other, and we can safely maximize our efforts in politics to reduce the State.

That said, any conversation and effort to further personal freedom is welcome, so thanks Robert!

This may be unrelated, but it occurs to me that Dr. Steve Turley’s thesis about the political inflection point in Europe, in that nationalism and populism are supplanting the liberal Global Initiative desired by Soros and his buddies, is beginning here in the US now. We’ll see…