SpaceX plans to launch the ispace HAKUTO-R M1 mission, a private Japanese mission to land on the Moon, on 2022-12-11 at 07:38 UTC, an instantaneous launch window. The launch will also carry NASA’s Lunar Flashlight, a 6U CubeSat which will use a laser to search for and characterise exposed deposits of water ice in permanently shadowed craters near the lunar south pole.

This is the second launch campaign for this mission: the first, originally scheduled for 2022-12-01, stood down and rolled the booster back to the hangar for “further inspections of the launch vehicle and data review”. Another Falcon 9 mission, the OneWeb 15 launch, was also postponed during the stand-down, launching on 2022-12-08. SpaceX has not revealed the reason for the delays except to state that it involved the launch vehicles. 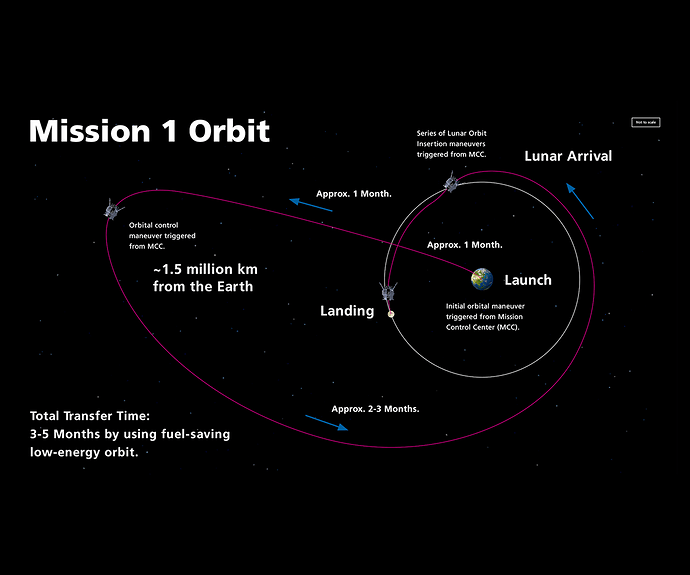 1200×1000 122 KB
The HAKUTO-R lander will carry the Emirates Lunar Mission Rashid rover to the lunar surface where, if the landing and deployment are successful, it will use two cameras and a Langmuir probe to characterise the lunar surface material and the plasma in its vicinity. The Emirates Space Centre has contracted with ispace to land its rover on the Moon. Here is the Rashid rover and some of the engineers who built it. 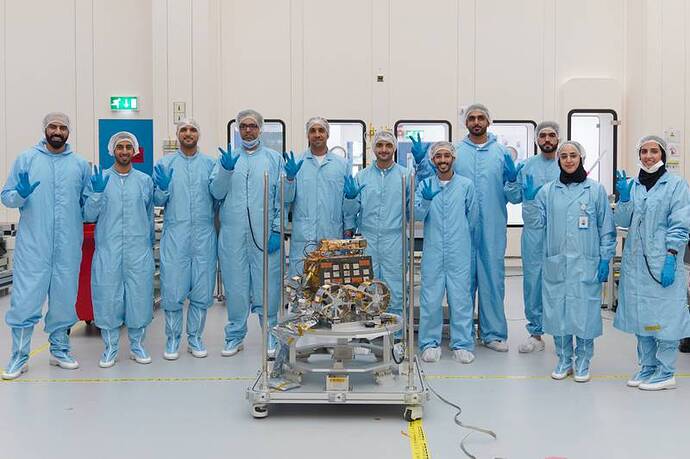 800×533 52.6 KB
The launch will be from Space Launch Complex 40 at Cape Canaveral Space Force Station in Florida. The first stage booster, B1073, will be making its fifth flight, after a turnaround time of 78 days since its last mission. The first stage booster will return to Cape Canaveral’s Landing Zone 2, as the mission profile, which is almost straight up from the launch site, and the low mass of the payload permit a boost-back burn to return to the launch site.
5 Likes
SpaceX OneWeb 15 Launch
johnwalker 10 December 2022 13:45 #2

The launch attempt on 2022-12-01 was canceled for further review of data. I have removed the live stream (now broken) from the original post, and will replace it with the new stream when it is announced.

SpaceX is expected to roll a Falcon 9 rocket back into its hangar at Cape Canaveral for troubleshooting, postponing the planned launch of a Japanese commercial moon lander for an unspecified period. SpaceX provided no details about the reason for grounding the rocket.

The company planned to launch the 229-foot-tall (70-meter) Falcon 9 rocket this week with a privately-developed moon lander owned by the Tokyo-based company ispace. SpaceX announced late Tuesday that teams would delay the launch from Wednesday to 3:37 a.m. EST (0837 GMT) Thursday. Officials decided late Wednesday the rocket launch will be postponed indefinitely.

“After further inspections of the launch vehicle and data review, SpaceX is standing down from Falcon 9’s launch of ispace’s Hakuto-R Mission from Space Launch Complex 40 at Cape Canaveral Space Force Station in Florida,” SpaceX said in a brief statement. “A new target launch date will be shared once confirmed.”

A statement from ispace said the issue causing the delay involves the Falcon 9 launch vehicle. Multiple sources familiar with the mission said SpaceX planned to lower the Falcon 9 rocket horizontal and roll it back to the hangar just south of pad 40, where technicians will perform more tests and resolve the problem.

I have updated the main post for the second launch campaign after a ten day delay for booster inspection.

The flight was a complete success. I have cued the replay in the main post to start one minute before liftoff. First stage booster landing sequence begins at the 25:31 mark in the video. Deployment of the HAKUTO-R payload is at the 1:05:00 mark, and Lunar Flashlight deployed at 1:11:00, but was not visible from the second stage forward-looking camera.

Here is a press release from NASA JPL, “NASA’s Lunar Flashlight Has Launched – Follow the Mission in Real Time” announcing the successful start of its mission. You can follow the progress of Lunar Flashlight on NASA’s “Eyes on the Solar System” Web site.