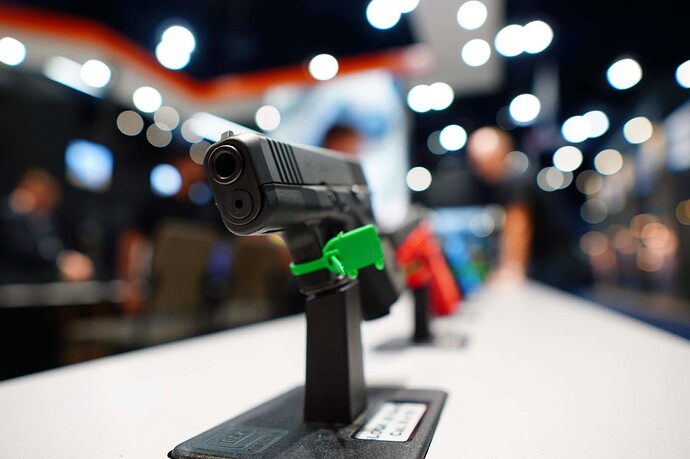 California gun owners have been put at risk by the Attorney General’s office after a new dashboard leaked their personal information.

The California Department of Justice’s 2022 Firearms Dashboard Portal went live on Monday with publicly-accessible files that include identifying information for those who have concealed carry permits. The leaked information includes the person’s full name, race, home address, date of birth, and date their permit was issued. The data also shows the type of permit issued, indicating if the permit holder is a member of law enforcement or a judge.
[…]
In a press release announcing the leaky dashboard, [California Attorney General Rob Bonta] said the goal was “increasing public trust between law enforcement and the communities we serve.” He said the dashboard was about ensuring transparency to “better understand the role and potential dangers of firearms.”

There have been intermittent reports that some states’ leftist functionaries have illicitly given concealed carry holders’ license numbers to police in adjacent states - like New York - so they can apprehend them and charge them with FELONIES. Even some gun-friendly states, like South Carolina (which does not have reciprocity of CC permits with my state), have stringent requirements for transport of guns in cars; they must be in a locked container, with ammunition in a separate container.; you must have a destination outside of SC; if you are headed to a destination within the state, you can be charged for unlawful possession.! It is a literal legal minefield to transport a legal weapon by auto in the US. Not only by auto: NY went so far as to arrest an airline passenger whose plane was unexpectedly diverted to NY. The passenger had legally checked his weapon in his luggage, headed to a state which had reciprocity. NY ignored the fact he never had possession of the weapon, which would have remained in the hold of the aircraft until it departed for its original destination. This is how unscrupulous gun-banners act. Expect lots of organized efforts to “red flag” lawful owners by lefty neighbors, once such unconstitutional laws take effect (before they are struck down). These are merely more examples of what we well know. We are no longer a nation of laws.

Don’t get me started… I frequently commute between Virginia, Washington D.C., and Maryland. Concealed carry is shall issue in Virginia and, since 2017, Washington D.C.; however, until the recent supreme court ruling in Bruen, it has been virtually impossible to obtain a concealed carry permit in Maryland. I fully expect Maryland’s lawmakers will make the process as onerous as possible, just like in Washington D.C., where, I am informed, applicants have had their permits denied because of a traffic ticket (seriously). Navigating gun laws in two states and a federal district is a challenge. I always follow the law, of course, but given anti-gun sentiment in these areas I find that a small .380 pocket pistol, such as the beautiful and highly portable L.W. Seecamp, which does not print whatsoever, is one of the better options for carrying in such unfriendly environments.

I think 90% of the outrage over Dobbs is that these people want to have a monopoly federal government rather than competing state governments. It’s simple laziness. They want to pass one federal law and force everyone to comply with it, but that’s not how the US was designed.

In 1988, when GHWB was elected, I was 13 years old. Thus, in my adult lifetime, the left and the Dems have never considered any Republican president to have been legitimately elected. 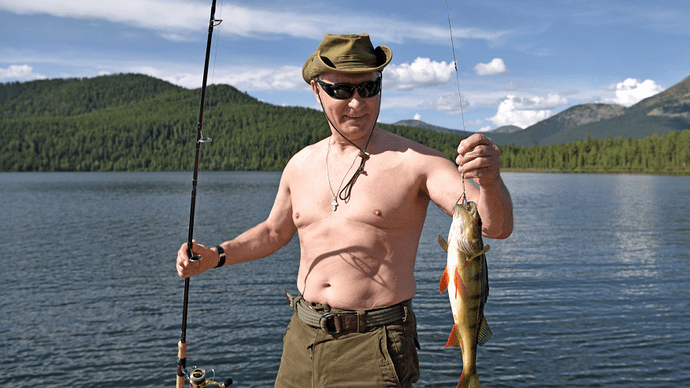 Uhm, No. Not South Carolina. I got my first permit there back in '96, and even back then it was legal to have a loaded firearm in the glove box or center console. Having a recognized permit allows it to be on your body, under the seat, or pretty much anywhere you like in the vehicle.

That’s if you have a SC permit. 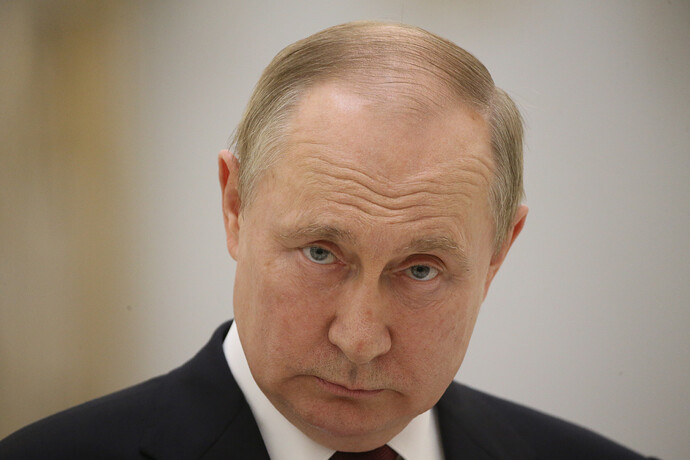 Putin and his allies mocked for meeting at absolutely massive table

Russian President Vladimir Putin was mocked for meeting with a small number of allies at a humungous table after G7 leaders met in more intimate surroundings.

From University of California, Irvine: 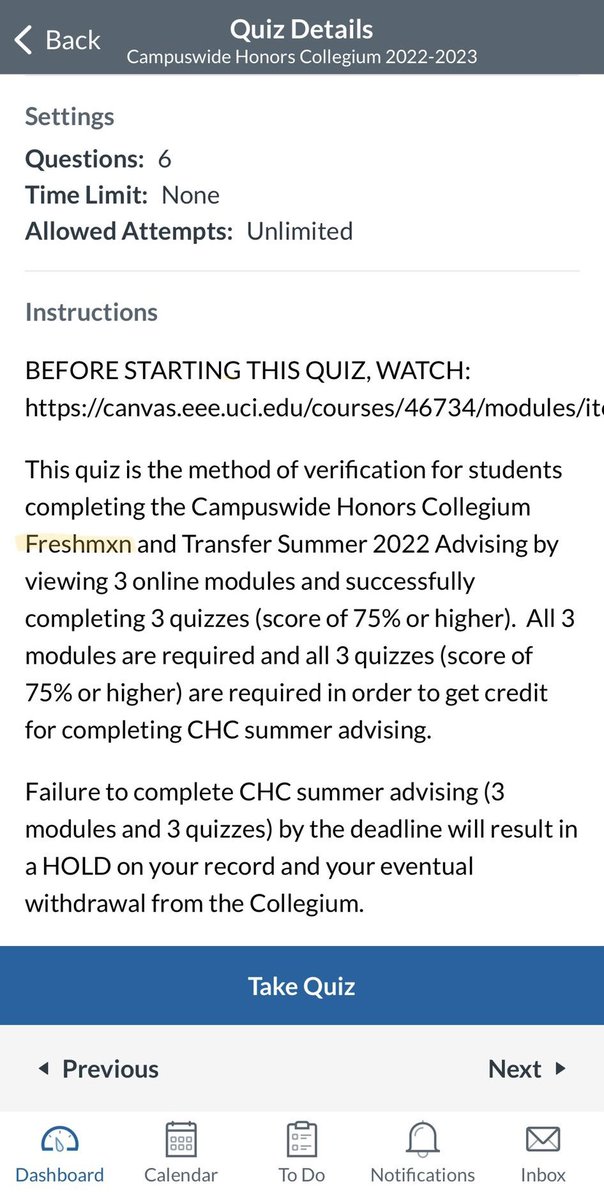 “Freshmxn”—do these people have any idea how language actually works? 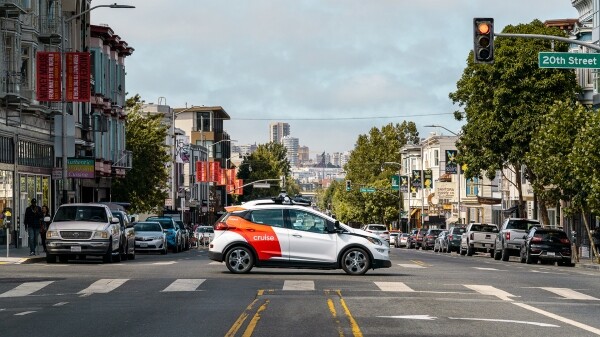 More than a half dozen Cruise robotaxis stopped operating and sat in a street in San Francisco late Tuesday night, blocking traffic for a couple of hours until employees arrived and manually moved the autonomous vehicles. Photos and a description of... 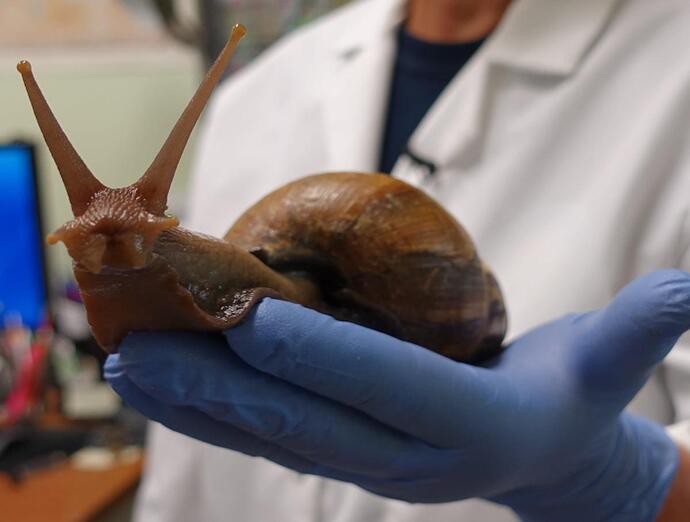 Florida officials confirmed the recurrence of an invasive snail species that destroys wildlife and poses serious threats to human health.

No it isn’t. For several years after I moved from SC to Georgia, SC did not recognize my GA permit. When passing through or visiting the old haunts, I would take my firearm off my body and place in the center console, still loaded, because that was and still is legal under the SC law. I am and have always been very particular about abiding by firearms laws when traveling.

Go re-read the link I posted, particularly the “carry in vehicle” section.

Really. You are simply wrong.

Here is the relevant section from the South Carolina Code of Laws, which is linked to in the article @pturmel posted.

It is unlawful for anyone to carry about the person any handgun, whether concealed or not, except as follows, unless otherwise specifically prohibited by law:

(9) a person in a vehicle if the handgun is:

(a) secured in a closed glove compartment, closed console, closed trunk, or in a closed container secured by an integral fastener and transported in the luggage compartment of the vehicle; however, this item is not violated if the glove compartment, console, or trunk is opened in the presence of a law enforcement officer for the sole purpose of retrieving a driver’s license, registration, or proof of insurance. If the person has been issued a concealed weapon permit pursuant to Article 4, Chapter 31, Title 23, then the person also may secure his weapon under a seat in a vehicle, or in any open or closed storage compartment within the vehicle’s passenger compartment; […] 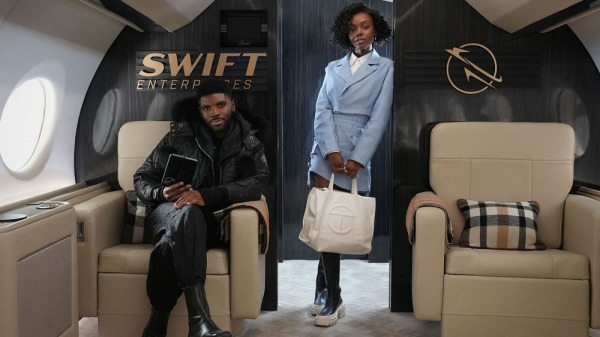 ‘Tom Swift’ Canceled By CW After One Season

EXCLUSIVE: Tom Swift has swiftly gotten the boot at CW. The low-rated, Nancy Drew spinoff only launched on May 31 and has aired six episodes to date. The series, which features a predominantly Blac…

Yes, indeed I am. I can’t remember the source I used when planning a drive to Hilton Head 2 years ago. Looks like I worried unnecessarily. Thanks.