Around ten hours after the launch of NASA’s Double Asteroid Redirect Test (DART), Gianluca Masi used a 17 inch robotic telescope in Ceccano, Italy, part of the Virtual Telescope Project network, to image the asteroid-bound spacecraft and the Falcon 9 second stage booster which put it into its heliocentric orbit as they departed the vicinity of the Earth. The animated image above was assembled from multiple exposures taken in evening twilight. The DART spacecraft is the solid dot to the right, while the second stage booster, tumbling after its attitude control system was shut down, is flashing as it reflects light differently as it tumbles.

The following still picture is a 30 second exposure tracking the spacecraft and booster, which appear as round dots. Background stars show trails as the telescope tracked the objects moving with respect to them. 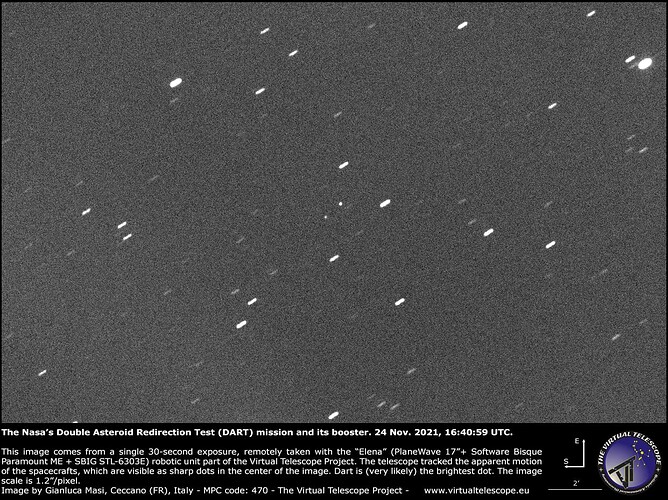