The Double Asteroid Redirect Test (DART) mission, discussed here on 2021-11-19, was launched at 06:21 UTC on 2021-11-24 on a SpaceX Falcon 9 booster from Vandenberg Space Force Base in California. The spacecraft was placed on the intended hyperbolic Earth escape trajectory and the first stage booster successfully landed on the downrange drone ship. Communications were established with the spacecraft, which reports its roll-out solar arrays have deployed. The Falcon 9 second stage will enter a heliocentric orbit where it will remain circling the Sun essentially forever.

I have cued the video to start one minute before launch. Scroll back if you wish to see the preliminaries.

After a long coast phase and escape burn, the DART spacecraft separates from the Falcon 9 second stage at the 1:18:23 point in the video.

It is interesting to see the amount of cloud cover over Planet Earth in the look-backs from the rocket. More the ‘White Planet’ rather than the ‘Blue Planet’. All that condensed water vapor reflecting the Sun’s energy back into space. Makes one realize the challenges of trying to model ‘climate’ a century or more into the future.

It is interesting to see the amount of cloud cover over Planet Earth in the look-backs from the rocket.

Infrared imagery in wavelengths sensitive to water vapour as well as opaque clouds is even more striking.

Thanks for that link. Fascinating! 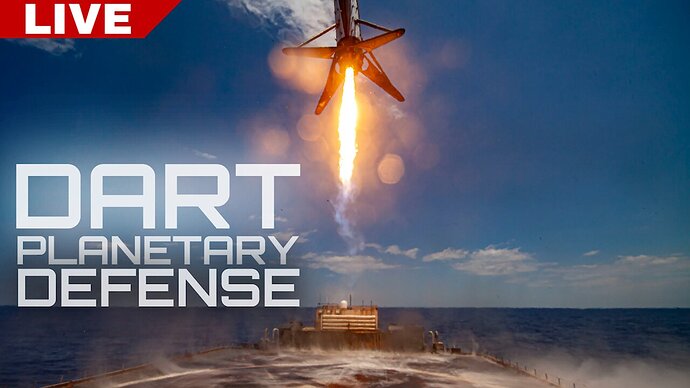