I’ve been wondering for years why everything is going haywire. There’s the effect of the internet (which I’ve elaborated on in What has internet done to media?) - but it doesn’t explain the frequency and intensity of propaganda we’re seeing. The key is to look for underlying causes, and Yuri Bezmenov seems to have done the best job at explaining it.

Yuri Bezmenov was a journalist / propagandist who defected from KGB. He gave a few lectures and wrote a few books before he died of a “massive heart attack” at the age of 54 in 1993. Here’s a brief summary: 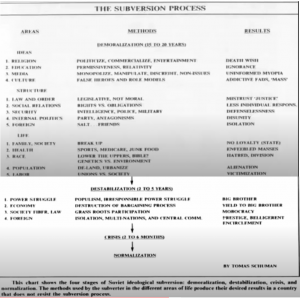 What we can learn from a supposed master of national ideological subversion, Yuri Bezmenov. What unintended consequences come from his framework?

And here are two longer videos: 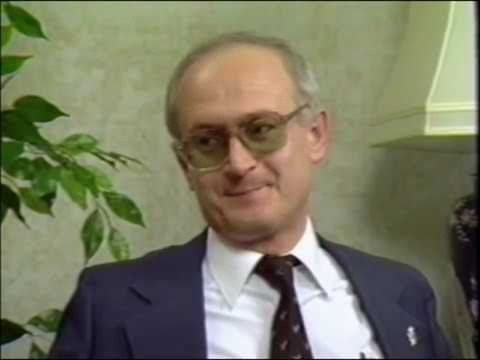 Back on 2019-08-17 I wrote a long post about this on the now-defunct Ratburger site titled “Charting the Narrative”. Here is a brutal cut-and paste of that post. One of the researchers I cited, David Rozado, has just published a long paper updating the original study and presenting additional analyses. I am planning to do a post about it when I find the time. 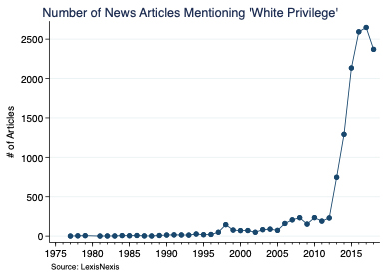 In a number of comments on various posts here over the last year or so, and asides in main posts, I have discussed my conclusion that there is an organised mechanism, akin to a public relations firm, which is generating the “narrative” that seems to occupy the minds of the legacy media and politicians associated with them at any given moment. I have no concrete evidence to back up this belief, but the existence of JournoList between 2007 and 2010 (which was shut down after its public exposure) indicates that prominent media figures are interested in and willing to co-ordinate their efforts in favour of the causes they advocate.

My conviction that the narrative of the moment is actively manufactured, disseminated among top-level figures in the media and “progressive” politics, and then passed down through the ranks by a mechanism akin to an old-time “phone tree” (in which most of the ultimate recipients are unaware of the origin of the themes and specific phrases they parrot), is that the way each new obsession simultaneously appears within hours to days on the lips and in the printed works of hundreds of supposedly independent players simply doesn’t fit the model of the organic diffusion of information. Further, when precisely the same phrases are used by widely-separated speakers, and a neatly packaged interpretation of an unexpected event is presented a day or two after it happens, that doesn’t look like a bottom-up process. And finally, when you observe this phenomenon again and again, with precisely the same pattern, that reinforces the suspicion that something is going on to make it happen. As Ian Fleming had his supervillain Auric Goldfinger say, “Once is happenstance. Twice is coincidence. The third time it’s enemy action.”

The idea of some kind of Cominform developing, distributing, and adjusting a narrative aimed at advancing the slaver agenda is not new. You can see a wickedly funny take on it in Deplora Boule’s superb novel, The Narrative, and a thriller based upon the idea in the Glenn Beck-produced and not terribly good books The Overton Window and The Eye of Moloch. But is something like this really going on? I have suggested for some time that, if so, it could be tracked down through patient, shoe-leather reporting, developing sources among low-level employees on the staff of prominent politicians and top tier news media, then following the flow of information back to its source. I believe it may be the story of the decade, at least as big as the ongoing disclosures of bias among Internet search and social media companies which were discovered by the same kind of process.

Just as even subtle bias leaves its fingerprints on results which can be tested independently by outside observers, the presence of what I will call the Narrative Machine should be detectable by analysis of the products of those it ultimately informs.

Two researchers working independently, Zach Goldberg of Georgia State University and David Rozado of Otago Polytechnic in New Zealand, performed analyses of the frequency of words and phrases in articles published in the New York Times, an outlet one would certainly expect to be plugged into the top tier of the Narrative Machine. Both did their research using the LexisNexis database, which is not available for free but to which their institutions subscribe. To enable research by independent investigators without LexisNexis subscriptions, Rozado “scraped” all articles published between 1970 and 2018, and created a “New York Times Media Analytics” Web site which allows exploration of the frequency of word appearances in text over that time period. (The database only supports queries for single words such as “intersectionality”, but does not allow searching for phrases such as “white supremacy”. This limits its utility for many queries you’d like to run.)

Rozado prepared two large “narrative dashboards” of the relative frequency of the use of words and phrases in the New York Times between 1970 and 2018. In each chart the horizontal axis is time and the vertical axis shows normalised word or phrase frequency, where the year in which the word was used most frequently is the maximum of 1.0 and years when it was never mentioned are 0.0. Behold the power of this fully-weaponised narrative. (Click the charts to enlarge in a separate window/tab.) 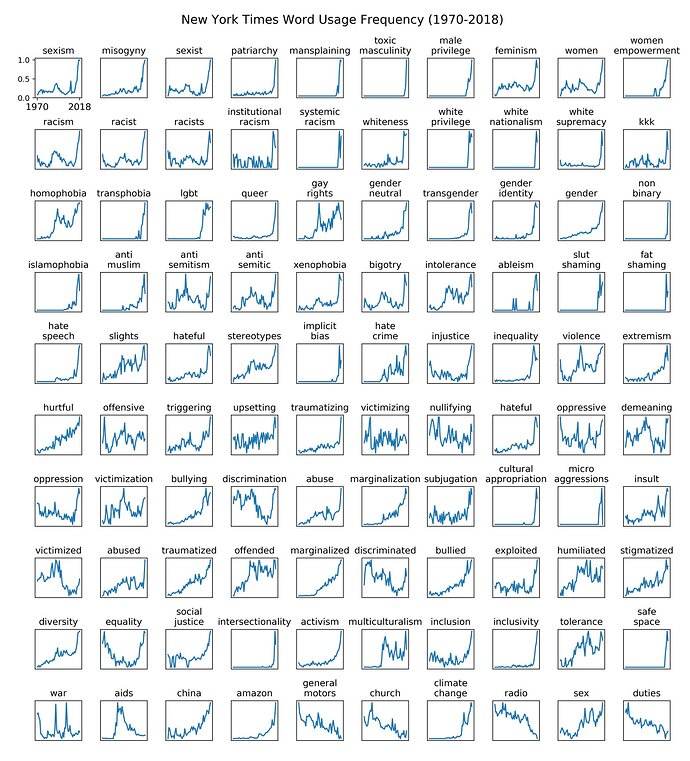 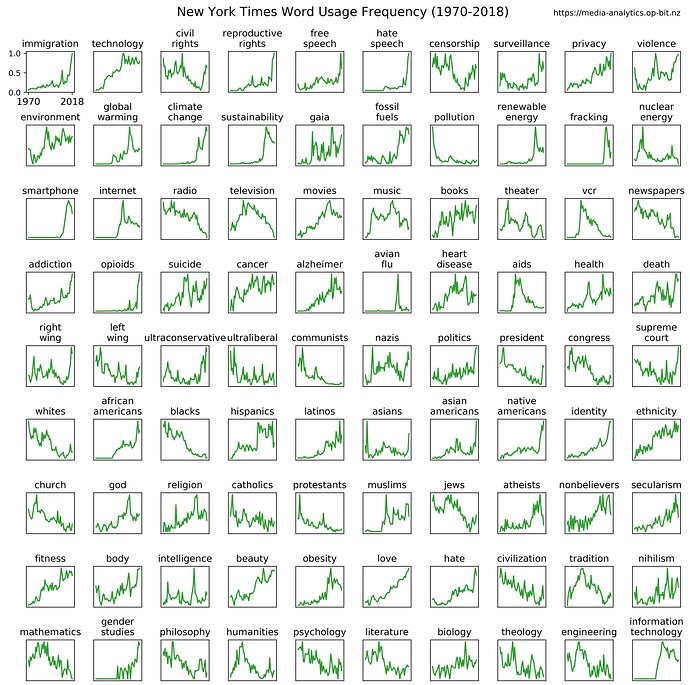 Now, there are many startling and enlightening things about these charts, which will reward your extended examination. Of course, like any deep dive into data, there are dozens of other analyses you’ll immediately want to run, in particular comparisons of relative frequencies of different words and phrases to the same scale, or comparison of graphs among supposedly independent media outlets, but unless you have access to LexisNexis you can’t do this.

The data plotted by Zach Goldberg are remarkably similar, and exhibit the same “hockey stick” with a dramatic take-off around 2013 for many current hot-button terms.

The striking discontinuity starting around 2014 was named “The Great Awokening” by Matthew Yglesias in Vox, citing public opinion polls, but saying relatively little about causation. The data from Goldberg and Rozado are evidence, albeit from a single media outlet (though one from whom many others, especially mainstream broadcasters, set their priorities), that this “Awokening” was coincident with, or preceded by, a massive increase in media focus on the keywords with which the “woke” are obsessed. Steve Sailer has explored this in his essay “The Great Awokening Conspiracy Theory” in Taki’s Magazine.

On August 15th, 2019, Slate published “The New York Times Unites vs. Twitter”, a transcript of a “town hall” meeting of executive editor Dean Baquet with staffers upset over the recent kerfuffle over the printing, then changing, a front page headline which initially read “TRUMP URGES UNITY VS. RACISM”, later “revised” to “ASSAILING HATE BUT NOT GUNS”. This article does not speak directly to the issue of the Narrative Machine, but it is instructive to hear an exchange like this:

Baquet: I think that that word it loses its power by the second or third time. I do. I think that these words—can I talk about the use of the word lie for one second?

Staffer: As long as you come back to my original question.

Baquet: I will, I will. I’m not running away from you, you know me.

I used the word lie once during the presidential campaign, used it a couple times after that. And it was pretty clear it was a lie, and we were the first ones to use it. But I fear that if we used it 20 times, 10 times, first, it would lose its power. And secondly, I thought we would find ourselves in the uncomfortable position of deciding which comment by which politician fit the word lie. I feel the same way about the word racist.

This is precisely what we’ve observed from the outside: a word, like “racist”, becomes used up, loses its effectiveness, and must be replaced by a new term such as “white nationalist” or “white supremacist”, which have just recently been rolled out and now we’re hearing everywhere. It is not probative of the existence of a Narrative Machine that an executive editor is instructing his staff on the currently effective terminology, but it is consistent with the top-down model. In particular, read the concluding exchange which begins with the question:

Staffer: Hello, I have another question about racism. I’m wondering to what extent you think that the fact of racism and white supremacy being sort of the foundation of this country should play into our reporting. Just because it feels to me like it should be a starting point, you know? Like these conversations about what is racist, what isn’t racist. I just feel like racism is in everything. It should be considered in our science reporting, in our culture reporting, in our national reporting. And so, to me, it’s less about the individual instances of racism, and sort of how we’re thinking about racism and white supremacy as the foundation of all of the systems in the country. And I think particularly as we are launching a 1619 Project, I feel like that’s going to open us up to even more criticism from people who are like, “OK, well you’re saying this, and you’re producing this big project about this. But are you guys actually considering this in your daily reporting?”

In case you’re curious, this is the “1619 Project”. I predict it will contain the next batch of phrases from the Narrative Machine, including “If you want to understand the brutality of American capitalism, you have to start on the plantation.” 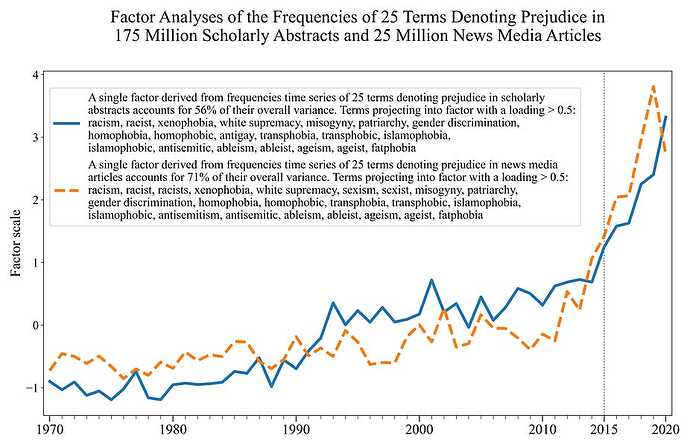 The Academic Literature and its Increasing Emphasis on Prejudice and Social...

Published article Twitter thread In previous scholarly work (here and here), I documented a marked increase of references to prejudice in US, UK and Spanish news media content. The work summarized here investigates the prevalence dynamics of... 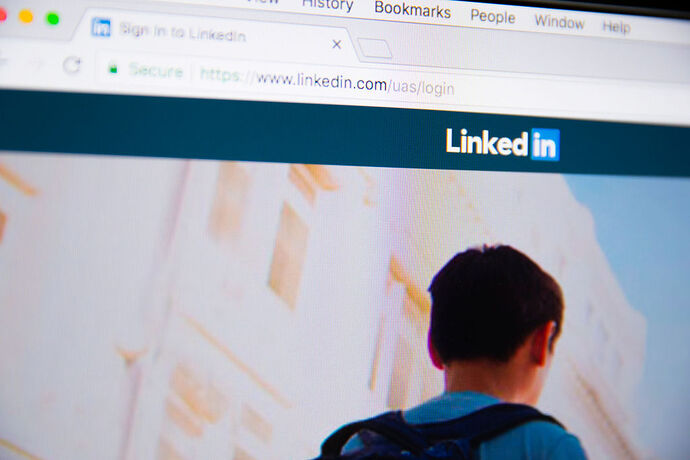 “This will be the most vulnerable thing I’ll ever share."

Want to be a lifeguard in Vancouver, Canada? You’d better “embody our core commitments to sustainability, decolonization, equity and outstanding quality of life for all residents.” And, I guess you need to be able to swim as well. 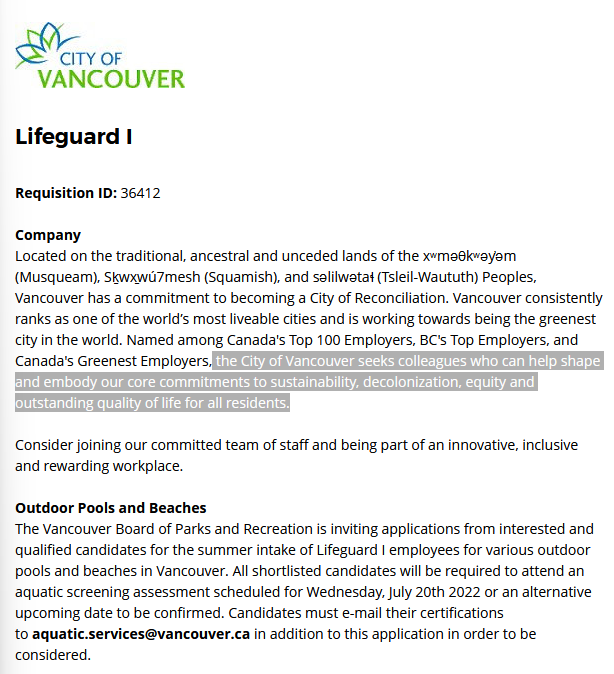 That must be the aquatic screening assessment ? But only if the applicant has passed the important hurdle/s of Right (OOPS!) CorrectThink, of course.

If I’m drowning in a pool in a City of Vancouver municipal pool – odds are my life is less likely to be sustained – because of flawed hiring process. GOD WILLING ESG CRAZE WILL LAND ESG PROMOTERS IN POOR HOUSE. 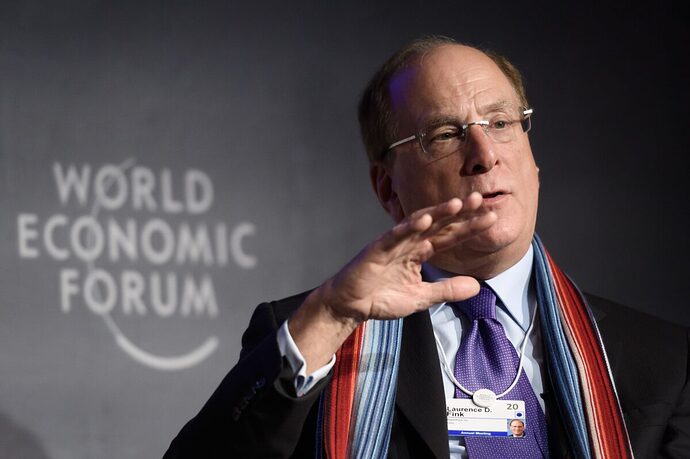 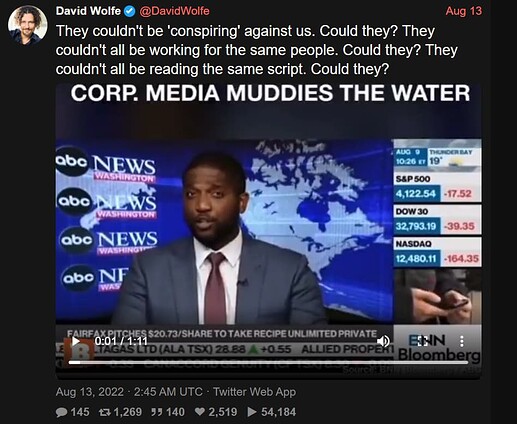