Michael Saylor may truly be said to be invested in Bitcoin. The company he founded, MicroStrategy, was the first publicly traded company to make a substantial investment in Bitcoin, buying BTC 21,454 for its corporate treasury for around US$ 250 million in August 2020 and later increasing its position by subsequent acquisitions to a total, as of 2021-11-29, to BTC 121,044. His personal holdings, independent of the company, stood at BTC 17,732 as of October 2021. With Bitcoin currently trading around US$ 40,000, the corporate and personal holdings together are valued at around US$ 5.5 billion.

In this wide-ranging interview with Lex Fridman, he discusses the fundamentals of property versus securities, the proper definition of inflation, the need for multiple layers between the fundamental reserve asset and high-volume transaction processing, the consequences of rendering paper money issued by coercive governments impotent and obsolete, and how government attempts to manipulate currencies for economic and foreign policy are driving the adoption of decentralised alternatives.

Four hours is a lot of time to spend listening to a conversation, but there is a huge amount to be learned from the discussion.

Starting at 3:10:10 there is an interesting discussion of how a fast, inexpensive, and high-volume micropayment system implemented as a “payment layer” of the Web can restore “conservation of energy” and impose “friction” on abuse of the Web which is possible today because neither cost nor consequences are imposed upon the abusers.

Of course, Ted Nelson foresaw this in the design of Xanadu in 1964.

I listened to the interview before you posted. It was interesting. I was thinking while watching that I should suggest/ask you to write a gnome-o-gram on BTC.

I own a small amount of BTC. I vacillate on the value. Saylor makes great points. All points that resonate with people with a Libertarian and/or technology bent. However, he didn’t adequately address a few things that I think are risks.

The State will not give up their power over currency or property: He actually indicated that government could have crushed BTC, but helped it by declaring it property. A government decision is arbitrary. One day your house is your property and the next the government declares that Target can destroy it to build a store.

The other risk is that BTC will not be adopted by ordinary people. Not as a speculation, but as property. It is one thing to explain how it is property in some philosophical discussion with a Phd, Libertarian or technology advocate. It is easy to accept a basket of apples or barrel of oil as useful. It is not as easy to accept bitcoin. The Fugazzi has the State dictating that they must be accepted. Over time because they are accepted, the Fugazzi is thought to have value by the ordinary Joe. Maybe someday there will be so much commerce backed by BTC that it will be accepted.

Because there is a final fixed amount, if people accept it as property with no shelf life, they will holdl. Every other asset is part speculation. BTC won’t be speculation. It will do what Saylor says. Always go up. This is a catch-22. Once widely accepted as the asset that backs commerce, it will become illiquid. Way more illiquid than land. Over a long period, the BTC will be accumulated into the hands of fewer and fewer people. They will have an outsized ability to manipulate the system.

Assume all the bitcoins are accumulated by one individual. How exactly does a person get layer 3 coins? Presumably by a loan. Like gold backed banking, except the bank doesn’t have many depositors that could loose their gold if the bank fails. Thus, when one person is the bank, that person or small group will decide how much lvl 3 exists.

I did a calculation, but lost my scratch sheet. The percent of the total amount (21 million) BTC that Saylor currently owns is a greater percentage that the gold holdings of China.

The problem with bots, denial of service, anonymous posting, is obviously something that needs a solution. It really is one of the crappiest parts of the internet.

Hope a solution gets implemented soon

Once widely accepted as the asset that backs commerce, it will become illiquid. Way more illiquid than land. Over a long period, the BTC will be accumulated into the hands of fewer and fewer people. They will have an outsized ability to manipulate the system.

I don’t see a reason to believe this would happen. We had 40 years of experience with the classical gold standard during a time when there were multiple industrialised and trading economies using it on a global scale. During this time, the quantity of gold above the ground grew only around 1–2% a year, and so was effectively constant. Production of goods and services grew much faster than this, and the consequence was what would be expected: a generally declining price level and growing prosperity.

Although most gold was in the hands of a limited number of central banks, gold never became illiquid—individuals or other parties could buy as much gold as they wished at a generally stable price, simply because there was a global market in it and (absent restrictions from countries that prohibited gold ownership or cross-border transfers of gold [to their detriment]), there was always a seller to hit the bid of a buyer.

I would expect the situation to be much the same were Bitcoin to become a reserve asset in the same way gold was. Transactions would occur in instruments ultimately traceable to Bitcoin, but actual Bitcoin would not be transferred any more than physical gold bars were shipped around during the 1890s and early 1900s. Some people would want to own Bitcoin outright, just as some in the Gilded Age wanted to own gold, but this would be as a disaster hedge, for which they were willing to pay the price of its generating no income and the risk of it being stolen somehow.

But, unlike Michael Saylor, I do not believe that Bitcoin is the ultimate and eternal answer to the problem of trustworthy, distributed money. What I do believe is that in an environment in which candidate monies can compete for that role, the free market will converge upon the best solution which will eventually gain a large market share.

The point is, cryptocurrencies do not have to work all that well to compete with government currencies, which have a record of incompetent management, consistent depreciation, and callous manipulation for political ends. The question isn’t “Is it perfect?” but “Compared to what?”. From that standpoint, the appreciation of Bitcoin and its slow adoption by the mainstream is understandable.

Here’s an interesting conversation with Ted Nelson and Doug Engelbart from a decade ago, where they talk about the web, technology, crap detection, and information quality: 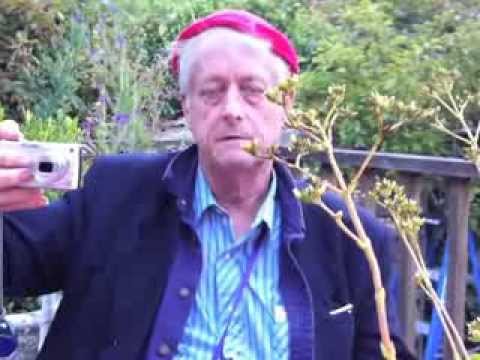