Interesting that there’s been multiple authors of Tom Swift books through the franchise ran by Edward Stratemeyer - Wikipedia – I wonder if anyone’s applied authorship attribution to the texts, in the spirit of https://www.jstor.org/stable/2283270

I wonder if anyone’s applied authorship attribution to the texts,

I’ve never seen a reference that attributes authorship of the individual books to authors, but here is what Goodreads says on their “Victor Appleton” page.

The Syndicate’s authors created the Tom Swift books by first preparing an outline with all the plot elements, followed by drafting and editing the detailed manuscript. The books were published under the house name of Victor Appleton. Edward Stratemeyer and Howard Garis wrote most of the volumes in the original series; Stratemeyer’s daughter, Harriet Stratemeyer Adams, wrote the last three volumes. The first Tom Swift series ended in 1941.

In 1954, Harriet Adams created the Tom Swift, Jr., series, which was published under the name “Victor Appleton II”. Most titles were outlined and plotted by Adams. The texts were written by various writers, among them William Dougherty, John Almquist, Richard Sklar, James Duncan Lawrence, Tom Mulvey and Richard McKenna. The Tom Swift, Jr., series ended in 1971.

I was a somewhat surprised to have never heard of any of the named authors. I’d suspected that some of the Tom Swift books might have been written by journeyman adventure and science fiction authors wanting to ring the cash register back when the pulp magazines paid very little for stories and there was a much smaller market for long-form fiction. The Star Trek and Star Wars branded books have been using this strategy for years, although they publish the books under the author’s name (or pen name).

Having read the first 25 original Tom Swift books in close detail as I prepared electronic editions, one thing I’ll say is that regardless of who wrote them, they have a very consistent style and narrative voice, but whether this went in from the start or was imposed by Stratemeyer’s editing process, I don’t know.

A viral video featuring drag queens dancing in front of babies and toddlers at a Dallas pride event has caused an uproar on social media.

The event, titled “Drag the Kids to Pride,” was held at a bar called Mr. Misster in Dallas, Texas, where families were encouraged to attend with their children. The announcement said:

Mr. Misster’s Drag the Kids to Pride Drag Show provides the ultimate family-friendly pride experience. The signature event is a family-friendly spin-off of our Champagne Drag Brunch, with our resident DJ Charlie Phresh playing some of your favorite hits will host Nicole O’Hara Munro brings together some of the best drag entertainers around!

The announcement then invited “young performers” to take the stage and dance alongside the “Queens.”

Do you want to hit the stage with the Queens? We have five limited spots for young performers to take the stage solo, or with the Queen of their choosing! Come hang out with the Queens and enjoy this unique pride experience fit for guests of all ages!” it concluded.

As the outrageous video illustrated, the event was anything but “family-friendly,” as drag queens danced and lip-synched while the children offered them money for their performance like at a strip club.

The above-linked Breitbart article includes photos and videos of the event, exposing the full extent of its perversity.

Parents who take their children to this sort of thing really ought to be indicted for child abuse. But they won’t be. Perhaps the European Union Commission is right when it declares, “The Future is Queer.” 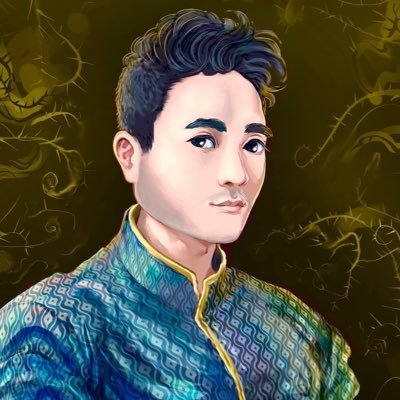 @MrAndyNgo
The government of Kuwait has summoned a high level US diplomat over the following tweet celebrating LGBTQ+ month. Kuwait says the tweet violates international norms & infringes on the Islamic country’s laws. https://t.co/4WSnVpnkcC

“All human beings should be treated with respect and dignity and should be able to live without fear no matter who they are or whom they love.” @POTUS is a champion for the human rights of #LGBTQI persons. #Pride2022 #YouAreIncluded pic.twitter.com/gdPPBDlHZH
5 Likes
CTLaw 5 June 2022 20:57 #45

I have a couple of interesting entries for this thread.

First up, what if the Davos Men actually did NOT get vaccinated despite showing us that they were all jabbed? 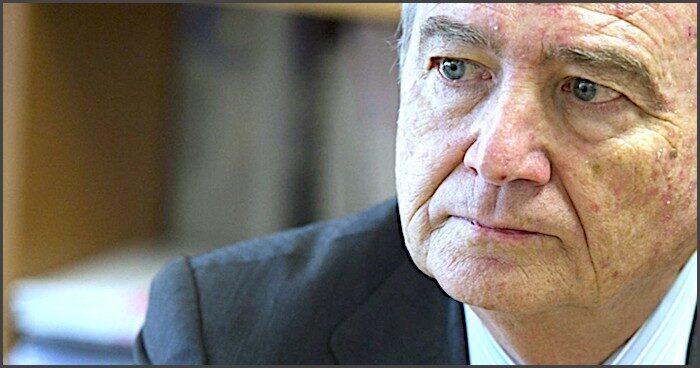 Jose Maria Fernandez Sousa-Faro, president of European pharmaceuticals giant PharmaMar, has been charged by police with being falsely vaccinated against Covid-19. Dr. Sousa-Faro has been caught up in a scandal in Europe involving people being...

And there is also this next one. For some reason an Army intelligence/SIGINT collections plane flew from Ft. Hood to San Antonio during the time of the shooting in Uvalde. The time line on this one seems very strange. Also there is some tech stuff for you geeks to sift through. 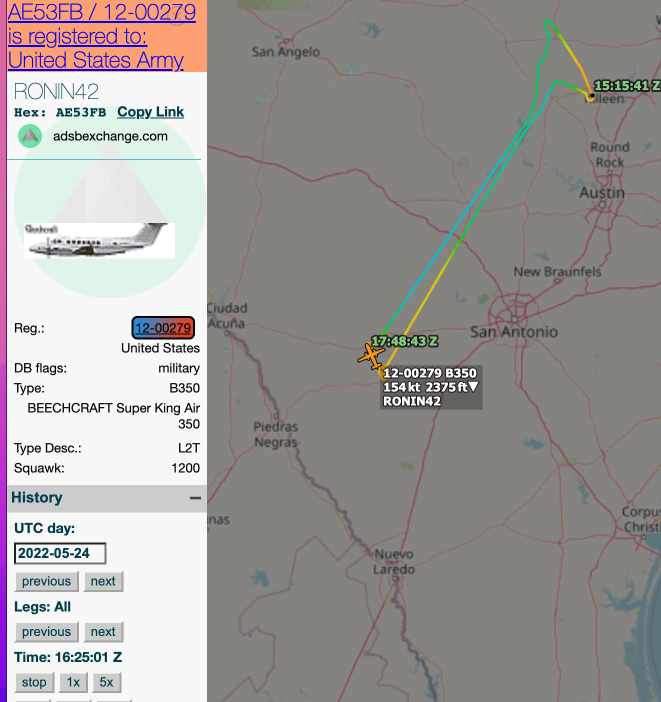 ThreeSevens on Gab: 'The day of the Uvalde shooting, a US Army MC-12W …'

First up, what if the Davos Men actually did NOT get vaccinated despite showing us that they were all jabbed?

Of course they didn’t. Experimental gene therapies are for the little people.

For some reason an Army intelligence/SIGINT collections plane flew from Ft. Hood to San Antonio during the time of the shooting in Uvalde.

There are often anomalies in these high-profile shootings. Remember when the parents of the Sandy Hook kids were caught laughing on camera? It’s not proof of a false flag, but I wouldn’t put it past the U.S. government, which, during the Cold War, earnestly planned to stage terror attacks on its own citizens in an effort to generate public support for an invasion of Cuba. 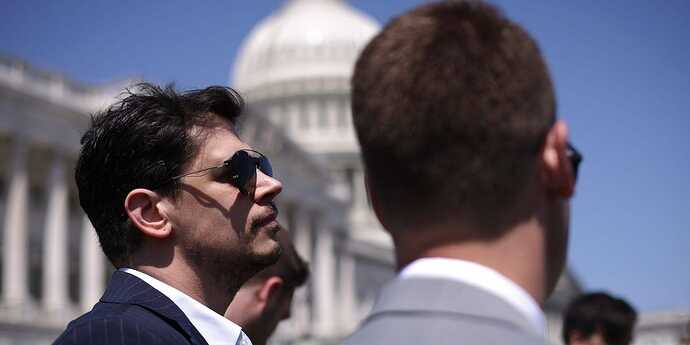 Once a leading figure on the "alt-right," Yiannopoulos came out as "ex-gay" after making comments seen as defending pedophilia in 2017. 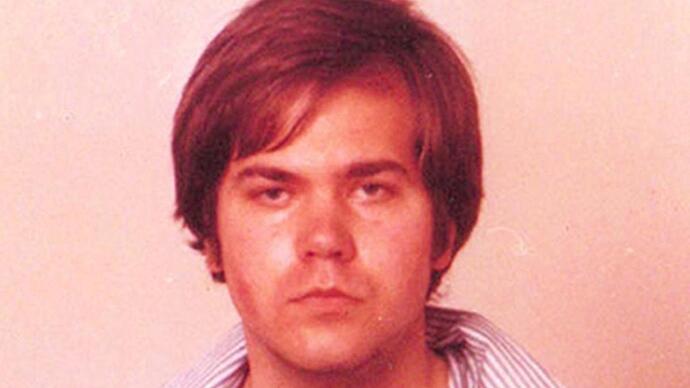 The study’s striking conclusions challenge scientists’ understanding of the relationship between biology and behaviour.

The professor added: ‘We don’t understand this system as well as we thought we did.’ 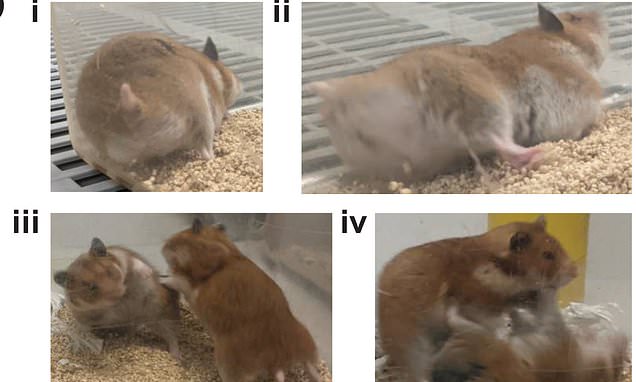 Scientists accidentally produced a group of rage-fuelled hamsters after a lab test went sensationally wrong. The gene-edited rodents began to chase, bite and pin each other down

Lead researcher Professor Elliott Albers said: ‘We anticipated […] we would reduce both aggression and social communication — but the opposite happened.’ (Emphasis mine.)

Do you suppose this hamster tale will instill much caution or humility in “researchers” when they go ahead and modify the human genome - for “sound therapeutic reasons”, of course, as they dismiss even the possibility of unintended consequences? As we have been schooled by leftist politics, we now understand that the mere posture of intention to do good, outweighs any resultant harms up to and including extirpation of homo sapiens (which possibility is seen by a shrill minority as the best means possible to “save the planet”).

Do you suppose this hamster tale will instill much caution or humility in “researchers” when they go ahead and modify the human genome - for “sound therapeutic reasons”, of course, as they dismiss even the possibility of unintended consequences?

We don’t even need genome modification to see how the best intentions can have catastrophic consequences. 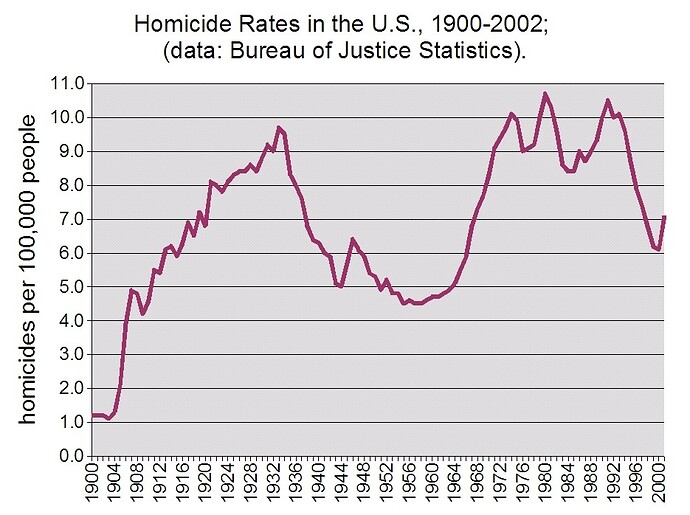 Look at what happened to the homicide rate in the U.S. starting around 1965 when the “Great Society” programs started to kick in and destruction of the family and development of an urban underclass was subsidised. 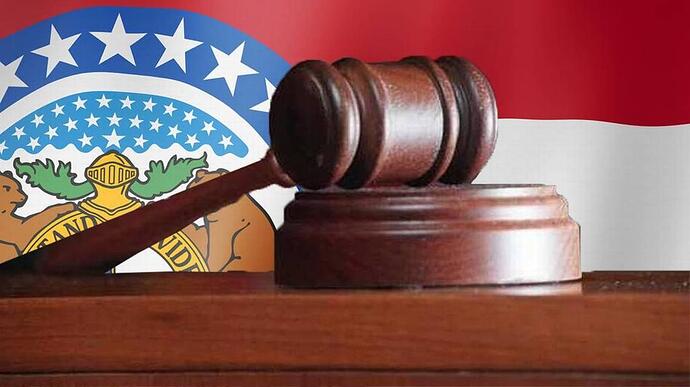 An arbitrator found that a man was liable because his romantic partner contracted HPV after he had been diagnosed and they had sex in his car.

In May 2021, the arbitrator found that the man and woman had sex inside his vehicle that “directly caused, or directly contributed to cause” the HPV infection. The man was found liable for not disclosing his infection status and the woman was awarded $5.2 million for damages and injuries to be paid by GEICO.

While the man was found liable, it is very surprising that the insurance did not successfully reject the claim based on knowingly unlawful conduct of the man. Most of insurance policies have such disclaimers. Wondering if this is due to some Missouri-specific insurance law twist…

While the man was found liable, it is very surprising that the insurance did not successfully reject the claim based on knowingly unlawful conduct of the man. Most of insurance policies have such disclaimers. Wondering if this is due to some Missouri-specific insurance law twist…

In such jurisdictions, someone intentionally hit by a driver presumably can file a claim with their own insurance company if they have “uninsured motorist” coverage. I doubt the victim could do that.

Why is the auto manufacturer not also liable. Surely they know or ought to have known that acts of auto-eroticism (pun intended) might lead to STD transmission (it probably had an automatic transmission to boot!).

The attorney for the insurance company should be disbarred for losing that one.